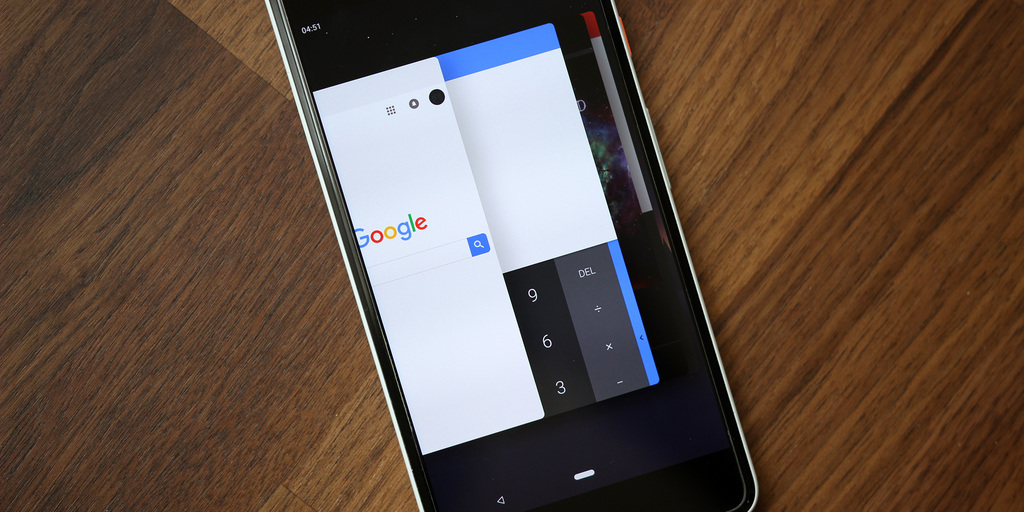 We’ve been talking about Android P’s forthcoming navigation revamp here at 9to5Google for about a month, and just last week Google finally let the cat out of the bag itself in a leaked navigation bar in a screenshot on one of the company’s official blogs. Now, based on information from a source who has used the new UI, we have details on how it works and what it looks like.

As we’ve noted before, the most obvious change with the new navigation system is that it will abandon the square ‘Recents’ button entirely. Now, you’ll swipe up on the new pill icon (the one that Google itself accidentally leaked) to access the multitasking screen. This screen abandons the vertical carousel in current builds of Android for a very similar setup that scrolls horizontally.

The new cards work as you’d expect — they’re just horizontal instead of vertical. You can swipe through them from left to right to choose the app you want to open, and you swipe up on them to dismiss them.

Interestingly, there are aspects of the current Android navigation that sticking around, at least in the future version of Android P that our source has used. Rather than swiping up from the bottom pill to go home like the iPhone X’s navigation system, you still do a simple tap on the pill to go back home or to exit the multitasking screen. You also still tap and hold the pill to access Assistant, and the current “flowery” animation when you do is still present, too.

Update: Accidentally omitted from the original version of this article, we’re also told that you can swipe left and right on the pill to quickly move between screens — similar to the iPhone X.

Here’s our in-house rendering of the new navigation system. Note that these renders obviously represent early internal software, so the details are subject to change in the coming months. We also included the new Pixel Launcher search bar that’s in testing, since it’s apparently coming to the 2018 Pixels. And yes, there is still an app drawer that you swipe up to access.

Another change coming to the navigation system that we illustrate here is the new contextual back button. We’re still unclear on the details of how this will work — we’re simply told that it disappears in certain situations, and one of those situations is the idle home screen.

I’m liking the direction that Google is going with this, but it feels like a halfway point between the current software button-based navigation and truly swipe-based system. With the pill retaining its function as a home button, it has to remain on screen at all times which means the navigation bar will still be taking up room at the bottom of the screen — and with fewer buttons this time.

I wouldn’t be surprised if there is more work to be done on this system before we see it launch later this year, and I’d love to see a fully gesture-based navigation system sooner rather than later.