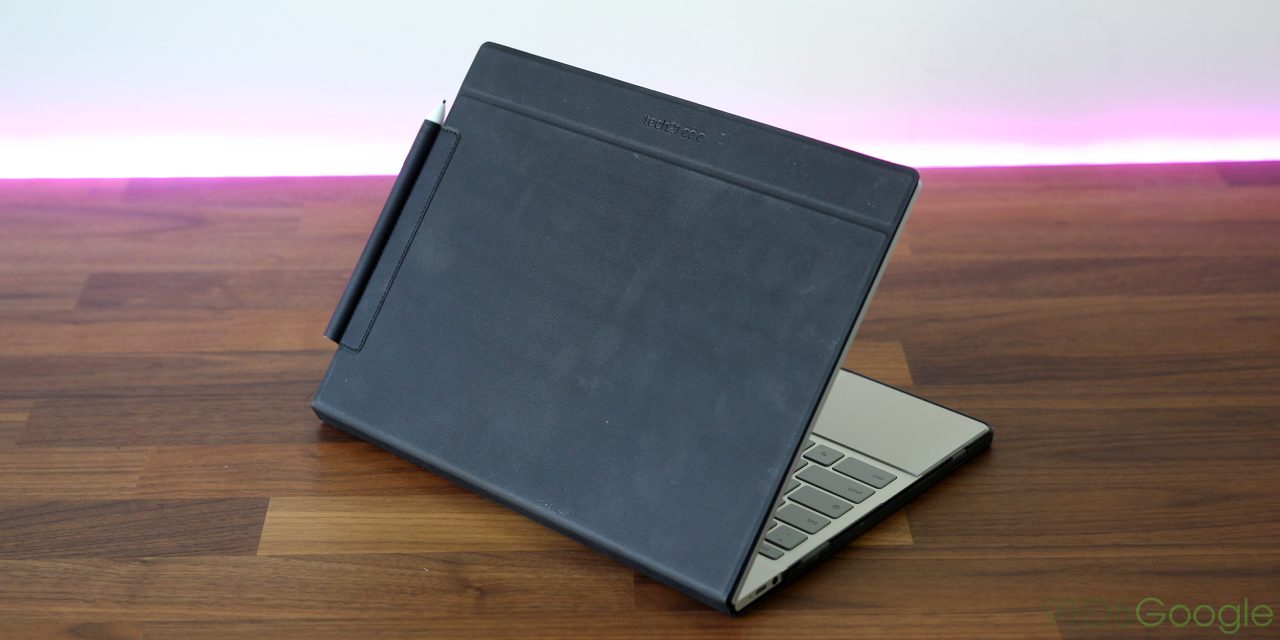 Google’s Pixelbook is a slick, expensive piece of Chrome OS hardware. Odds are, users who pick it up will want to keep it protected when they’re out and about. There are a few sleeves available for the machine, but Tech21 debuted its Evo Adapt case for the Pixelbook not long ago for always-on protection. I’ve been testing it out for a few weeks now, so let’s take a quick look.

What does the Tech21 Evo Adapt case add to the Pixelbook?

The Evo Adapt case isn’t a sleeve or a bag, it’s a case just like you would buy for your smartphone. You slip your Pixelbook into the snug fit plastic material at the bottom to attach everything. From there, the top layer attaches magnetically to the Pixelbook’s lid. This won’t do a ton to protect the top of the machine from a drop, but if you’re walking around and drop it, the sturdy bottom layer seems like it would offer a lot of protection.

Where I think this case really helps is in protecting the machine from scratches. The bottom of the machine is encased completely and, as long you ensure it’s clean when inserted, it won’t have any foreign material scratching the aluminum build.

The entire case is also lined with a soft microfiber material to help out further. Even though the lid isn’t attached as snugly, having this case on still helps keep it clean and scratch-free. I also love the material Tech21 has used on the outside of this case, as it adds a lot of grip to the Pixelbook which is fantastic for using it on your lap.

Tech21 also added a Pixelbook Pen holder to the side of the case. If you take advantage of Google’s $99 stylus on a regular basis, this should definitely be a welcome addition.

The Evo Adapt’s biggest flaw is its fit

On paper, this case offers a lot to Pixelbook users, but it isn’t quite perfect. The cutouts on this case are great, with the USB-C ports easily accessible and not restricted. The buttons are covered up, but they’re still pretty clicky. Thanks to Tech21’s clever design, the Evo Adapt also doesn’t restrict the tablet mode. You can still flip the screen around completely or use “tent mode” easily.

The problem, though, is just how snug this case fits on the Pixelbook. Putting it on is a chore that requires a surprising amount of force. To an extent, a snug fit isn’t a bad thing because it means the case won’t come off. However, the Evo Adapt takes that a step too far. Pulling the machine out of the case is arguably harder than putting it in. One of the times I removed the case, I actually slightly bent the bottom of my Pixelbook, but it was relatively easy to fix that. This is easily the Evo Adapt’s biggest flaw, and I’m sure for many it will turn out to be a deal-breaker.

The issue with a snug fit also extends to the Pixelbook Pen holster on the side. While the Pen does fit well and won’t be falling out, it’s also a struggle to remove it. The Pen is almost the same overall size as the holster, meaning there’s not much to grab on to when removing the Pen.

Not every Pixelbook owner is going to be the sort of person who needs a true case for their device. For many, a sleeve or a skin may do the trick just fine. The Tech21 Evo Adapt case is for the person who needs protection on their device 90% of the time, both when they are and aren’t using it. For that person, I think the Evo Adapt case is a solid option. $89 seems a bit pricey to me, but when you’re spending the better part of a thousand dollars on the laptop, it’s probably a worthwhile investment. Just be careful taking it off…