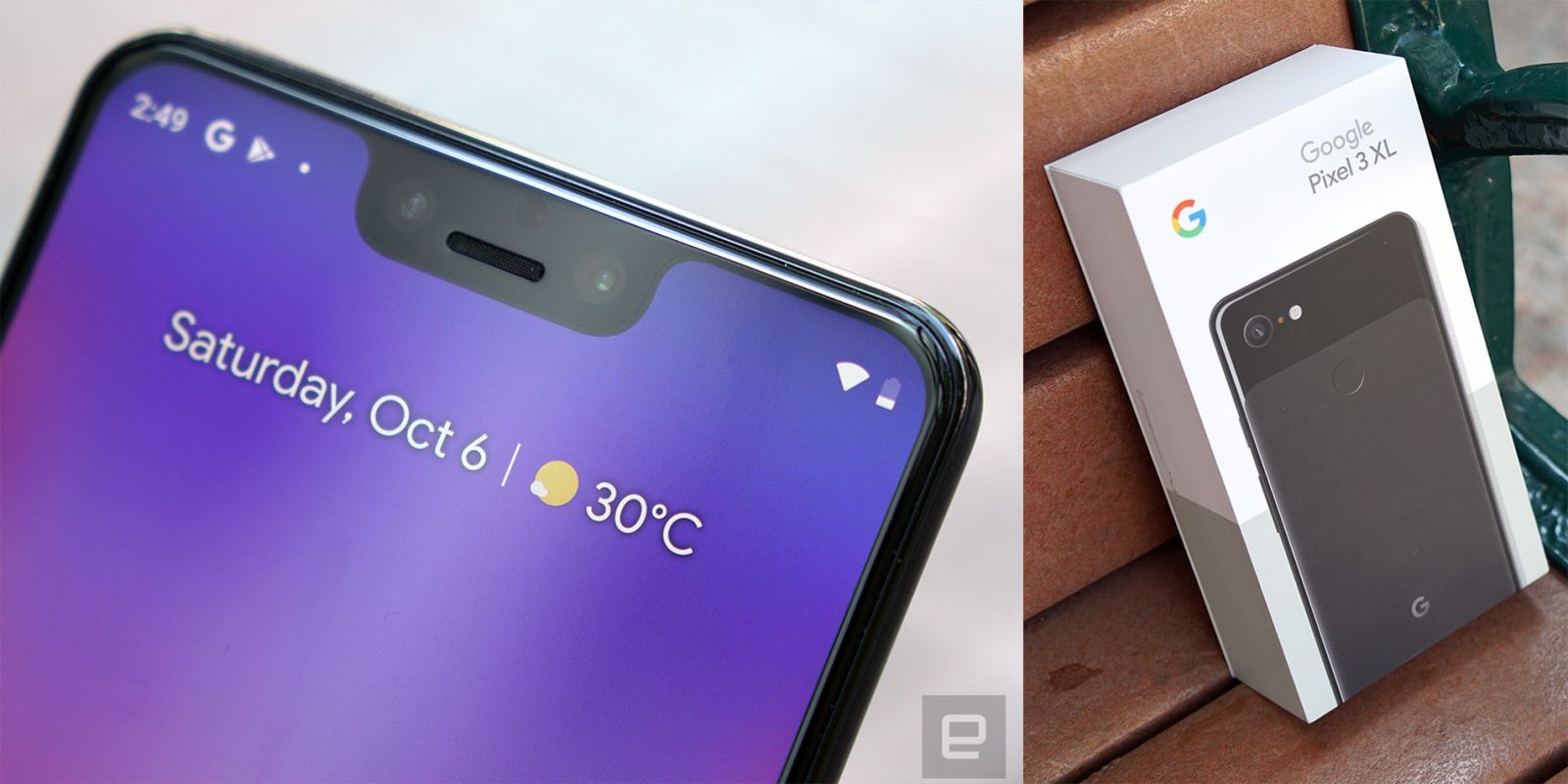 There’s been a non-stop flood of leaks around the Pixel 3 and Pixel 3 XL this year, and just days ahead of the event they’re still not stopping. Today, Engadget has posted an early Pixel 3 XL hands-on which reveals a few more of the details we didn’t already know.

In the brief Pixel 3 XL hands-on video, an Engadget reporter in Hong Kong details his time with an early unit of the device which was obtained from a local retailer. This is actually the same retailer which leaked the retailer packaging this week. The phone itself was sold well above retail pricing, but its IMEI checks out as a genuine Pixel 3 XL. There should still be a grain of salt along with this, but more or less, this is the phone we’ll be getting come Tuesday.

This Pixel 3 XL hands-on goes into several details about the phone we’ve already seen such as its design and specifications. The Snapdragon 845 is once again mentioned alongside that underwhelming 4GB of RAM and 128GB of storage. The reporter speculates that perhaps higher-end models could come with more RAM, but we’ve not heard much to support that.

Further, we get another look at the retail packaging and its contents. That includes a charger, some cables, and a pair of USB-C earbuds. He also shows off features like Active Edge which, on this unit, actually pulls up the revamped Google Assistant interface.

The video also gives another look at the revamped camera app, including our first look at the different camera views for the front-facing shooters. Apparently, there will be three different focal lengths available from zoomed in to a wide-angle shot. You can see the differences in the GIF below.

The most interesting bit in this hands-on, though, is how the screen is described. The 6.3-inch panel is clearly OLED as everyone expected, but it’s described as being a better panel compared to the Pixel 2 XL. It’s not totally clear if issues with the “blue shift” have been solved completely or if this is still an LG-made panel, but it’s described as being brighter and “more visible in the sun.” After the travesty that was the Pixel 2 XL’s screen, any improvements are welcome. It also appears that a different color profile is being used here as the boot-up screen has much more vibrant colors.

In the gallery below, you can see how the screen compares to the OnePlus 6. The notch, obviously, is much bigger and deeper, but the screen also looks sharper. Arguably, I’d say it looks just as vibrant too. That’s a big deal if it turns out to be the case.

With just a few short days left until Google’s October 9th event, there’s barely anything left to hide with this device. Nonetheless, you can tune in live or stay tuned right here to 9to5Google for our full coverage of the launch.