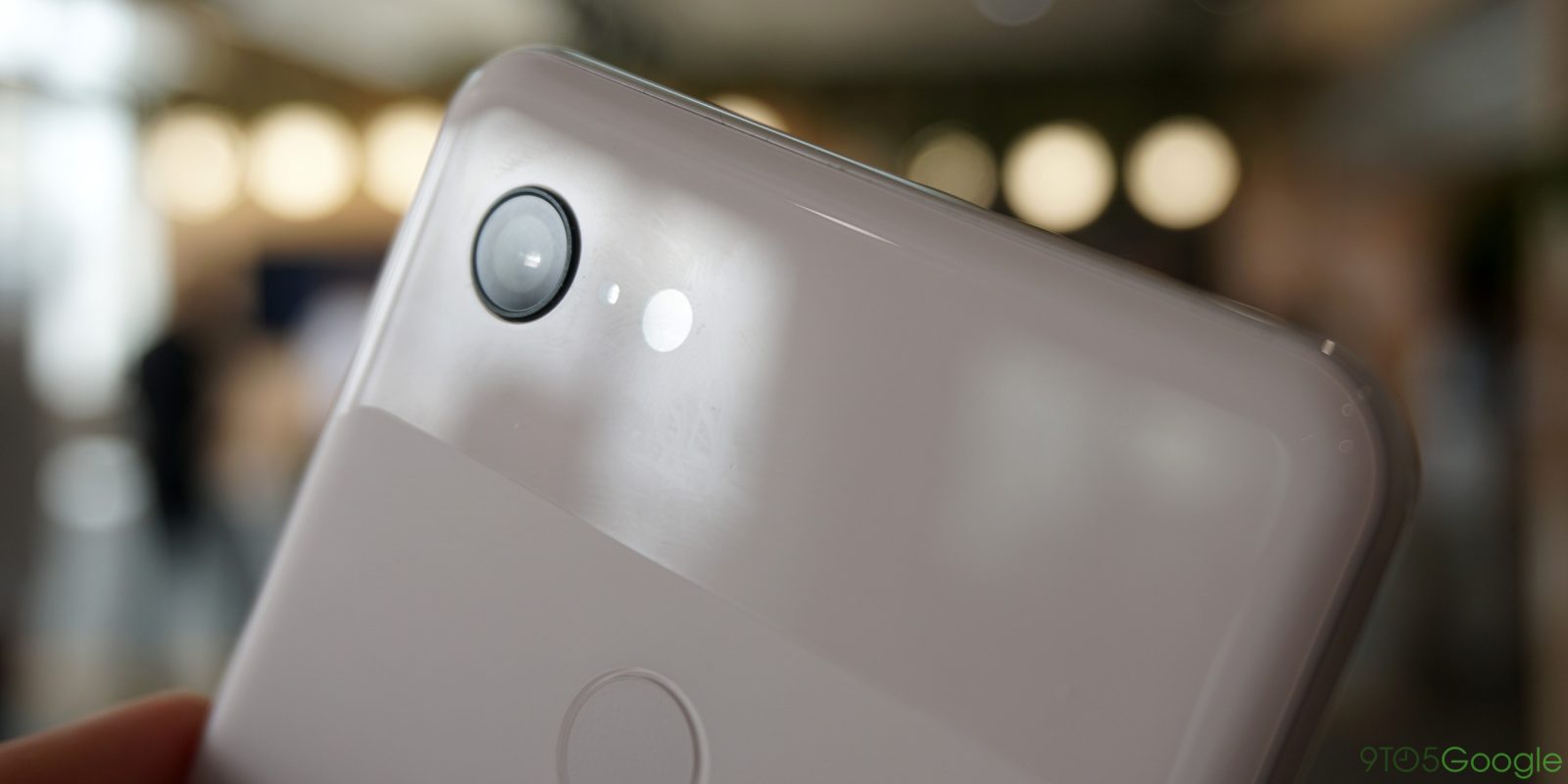 As we detailed hours before, the camera is a major focus of this year’s Made by Google flagships. In addition to a redesigned Google Camera 6.1 that includes real-time Google Lens suggestions, the latest Google Pixel 3 camera is gaining several AI-powered features.

Google Camera has been redesigned in version 6.1 with tabs so that users can swipe between the various modes for quicker access. Controls for the timer, Motion, white balance, and flash are still located in the top app bar.

To the left of the main Camera view is Portrait and Panorama, while Video is to the right. A “More” tab houses other actions that were previously in the navigation drawer, including Photo Sphere, Slow Motion, and Lens, while a button to open Settings is also here.

There are also a number of Google Material Theme tweaks from new icons, and a zoom slider that is more apparent. Previously, users could double tap or pinch to bring up the slider at the bottom of the screen, but users can now click an icon in the bottom-right corner to reveal a five-step slider.

Launched at I/O 2018, real-time Google Lens results are powered by on-device machine learning and Cloud TPUs that work to identify billions of words, phrases, places, and things “in a split second.”

On the Pixel 3, just opening the Google Camera app and pointing your phone at an object will surface various actions you can take. For example, Lens will identify an email in a business card and pop up a suggestion pill at the bottom of the screen to open Gmail and compose a message with that address already populated. Users can disable “Google Lens suggestions” in settings.

With “Top Shot,” Google AI works to take frames before and after you press the shutter button. Similar in principle to Motion Photos, machine learning is leveraged to select the best shots that feature smiles, open eyes, and when subjects are looking at the camera.

These shots are then saved with increased resolution and HDR. While the image is in higher quality, it is not the full quality that would be saved if users captured that actual frame with the shutter.

The unimportant parts of an image are reduced to approximately 3-megapixels, while the most important are preserved with HDR+ colors.

The Pixel 3 features a new “Photobooth” mode that is effectively last year’s standalone Google Clips hardware. Like with Top Shot, AI is again used to capture candid moments like smiles, winking, and stuck out tongues, as well as other interesting moments. More impressively, users can just set aside the Pixel 3 to capture images just like Clips.

Super Res Zoom on the Pixel 3 takes a burst of shots that take advantage of the different tiny movements of your hand. Those variants are than run though an algorithm to create a zoomed in shot with detail that users can frame anyway they want. This computational photography technique is traditionally used in astronomy and scientific imaging.

This feature is aimed at allowing Pixel 3 users to take a picture without a flash and is coming next month. Flash makes for unnatural-looking photos with uneven exposures and shadows. Machine learning chooses the right colors based on the content of the images.

Given the presence of an 8-megapixel wide-angle front-facing lens, users can adjust between three levels of zoom with a slider above the shutter button. The second front camera allows for 184% more room — compared to the iPhone XS — in your photo for details, scenery, and of course people.

Tapping on a subject in the viewfinder will allow the Pixel 3 camera to keep track of the in-motion objects, either due to their movement or you adjusting to frame the shot. The selected, locked subject will be marked by a white circle.

Available on both cameras, users can now change background blurriness and focus at any time, even after taking the shot. With Google Photos, users can make only the subject appear in color, while changing the background to black and white. Face retouching in Portrait and — in the general front-facing camera — can also be set to Natural, Soft, or entirely disabled.

The Google Camera includes a new option to save RAW files in addition to JPEG. This “RAW+JPEG control” can be toggled in the Advanced menu, with the DNG file saved in a separate device collection that can be quickly accessed via a “View RAW folder” shortcut. It gives professional photographers more options, especially when editing.