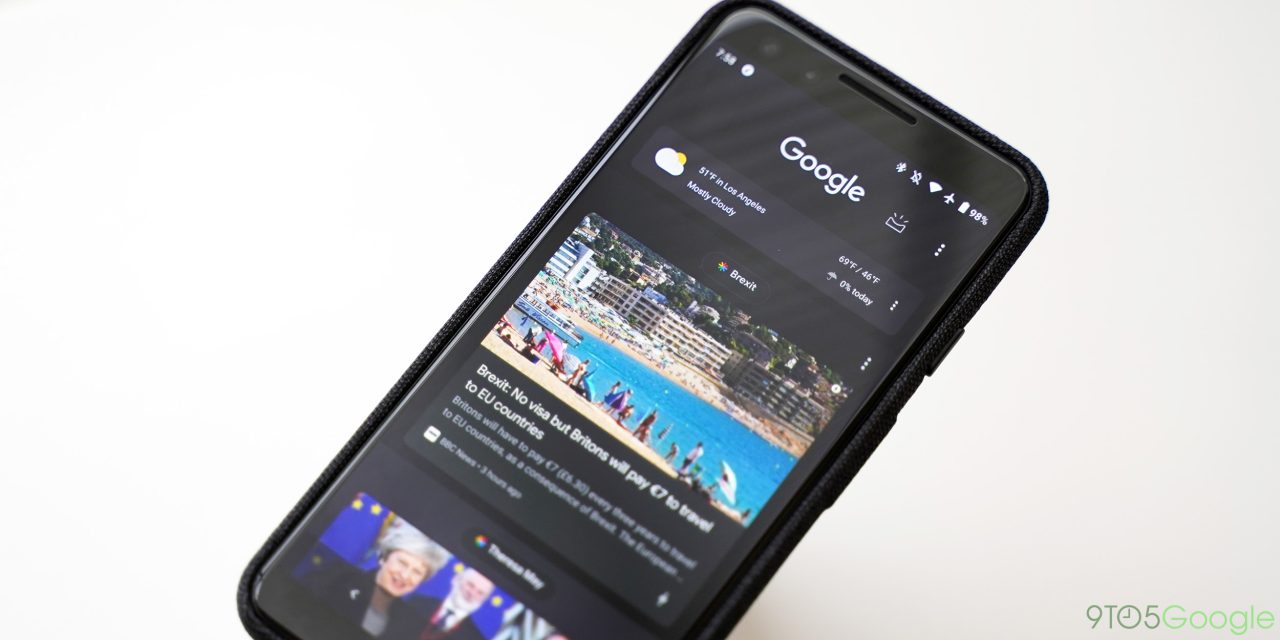 In this week’s top stories: We soothe our eyes with the new, darker look for Google Discover, enjoy the benefits of Android and Chrome OS being ‘Better Together’, and uncover part of Google’s plans for the future of Android and Fuchsia.

Our top story this week is the availability of dark theme for Google Discover, and for good reason. Before, the page would be almost entirely white, which some consider to be blinding. Regardless of your personal stance on the necessity of a dark theme, it’s safe to say that Google Discover looks quite sleek in black. For now, unfortunately, the dark theme is limited to the Pixel Launcher.

The previous design only darkened the background of the feed, and not the actual story cards. Now, stories will also feature a dark gray background with white text for increased visual consistency. This theme also applies to the overflow menu where users can customize the content recommended to them.

This week, Chrome OS received a major update, bringing a new ‘Better Together’ collection of settings that make your Chromebook better when used with an Android phone. Chrome OS 71 also includes some updates to the relatively new Linux app support, including the ability to manually shut down the Linux virtual machine without having to restart your device.

Other changes include autocomplete in Launcher search and semi-full pages in the Launcher that don’t require the entire app grid to be filled before creating a new screen. There is also an “adaptive top UI in Chrome browser based on user scrolling,” while Family Link’s new screen time limits and Android app management features are tied to this update.

Continuing from Black Friday and to help last-minute Christmas shoppers, the Google Store is running a big sale which includes a nice discount on the Pixel 3 and Pixel 3 XL. A significant portion of the sale is made up of discounted bundles that combine the Google Home Hub with various Nest products.

Meanwhile the regular Google Home is $99 and the premium Home Max sees a $50 discount to $349 until Christmas Eve. On the smart TV front, the Chromecast Ultra is down $10 to $59 for 4K streaming and Cast.

In an interesting twist for both Android and Fuchsia, Google’s in-development OS is getting both its app development SDK and a “device” added to the Android Open Source Project. The purposes for these are still unclear, but we’ve made the Fuchsia SDK available for developers to browse.

It’s impossible to say for sure at this stage, but it seems highly likely to me that Fuchsia app development will be accessible directly from Android Studio, thanks to its inclusion in AOSP. And at the rate that these changes have been coming from Google, we may very well see Fuchsia be legitimized in the coming months.

To cap off the week, our Damien Wilde takes us on a tour of the best premium cases available for the Google Pixel 3 and Pixel 3 XL, proving that one doesn’t need to choose between protecting their $800+ device and looking fashionable.