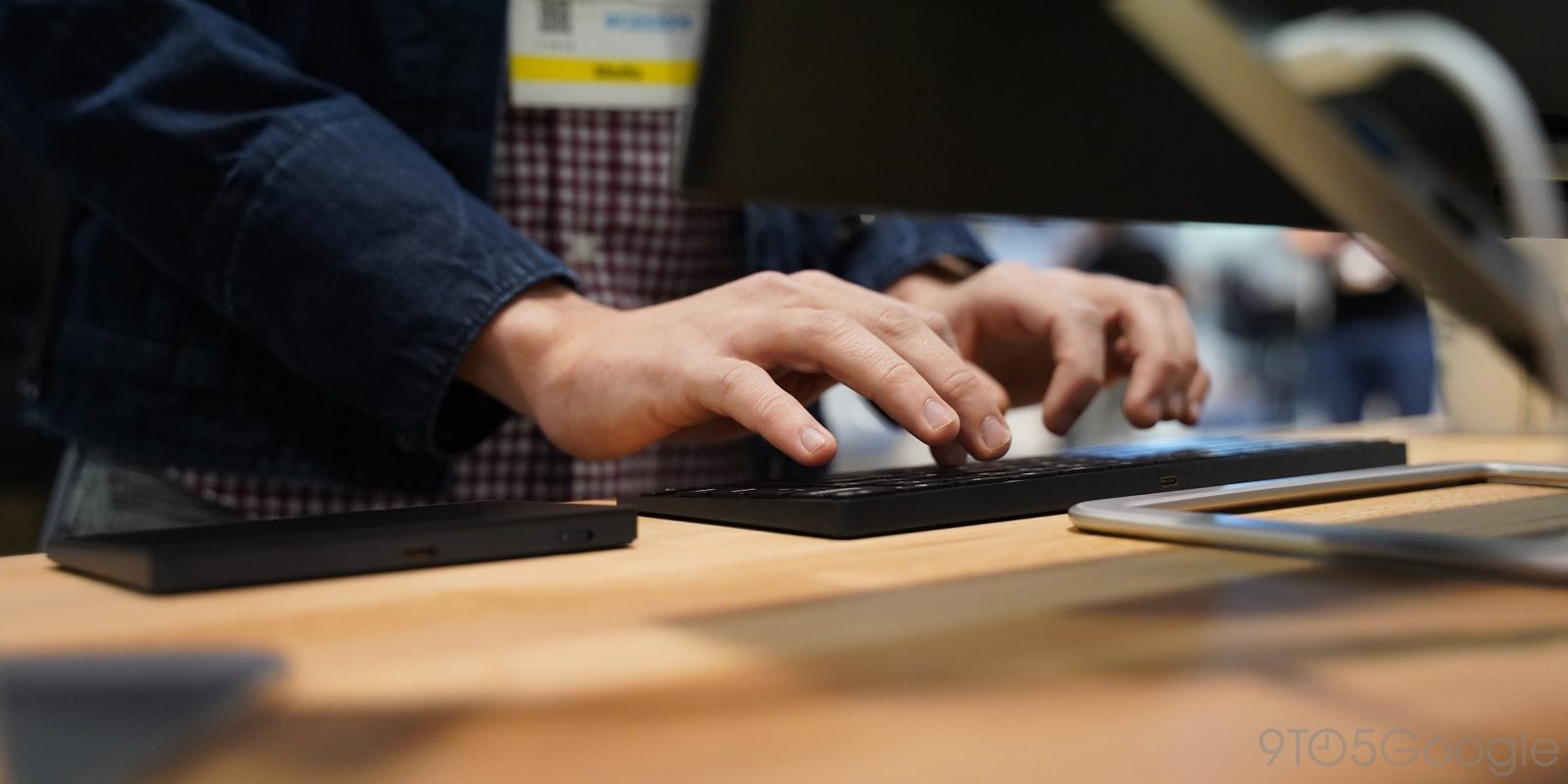 Brydge, a company most-known for its very popular detachable iPad keyboards, has recently expanded its business to give some serious attention to a popular Google platform as well. That’s Chrome OS, of course, and the G-Type keyboard for the Pixel Slate was the first out the door last fall. Now, Brydge is showing some more cool stuff at CES.

First up is a Chrome OS desktop keyboard — yes, if you’ve been following along, it’s the same one that leaked via Brydge’s Shopify site before the Pixel Slate was launched. We were surprised to see that it wasn’t announced alongside the Pixel Slate given that Google was pushing the tablet as awesome to use in a desktop configuration.

At first glance it might seem pretty unexciting, but there are some aspects to it that really make it unique. First of all, a product like this (read: a desktop keyboard made specifically for Chrome OS devices) doesn’t really exist outside of this Brydge option.

Its layout and keys are all made specifically for Chrome OS. The top row of keys might look familiar to you if you’ve used a Chromebook any time in the last few years, and of course there are two completely unique keys with correct Chrome OS labels, too: an Assistant key and a home button key.

We’ll have to test it out for ourselves once we get our hands on a review unit, but the “wireless desktop keyboard” (yep, that’s what they’re calling it for now), is touted to get 6 months of battery life on a single charge. It charges and connects via USB-C (and connects via Bluetooth). 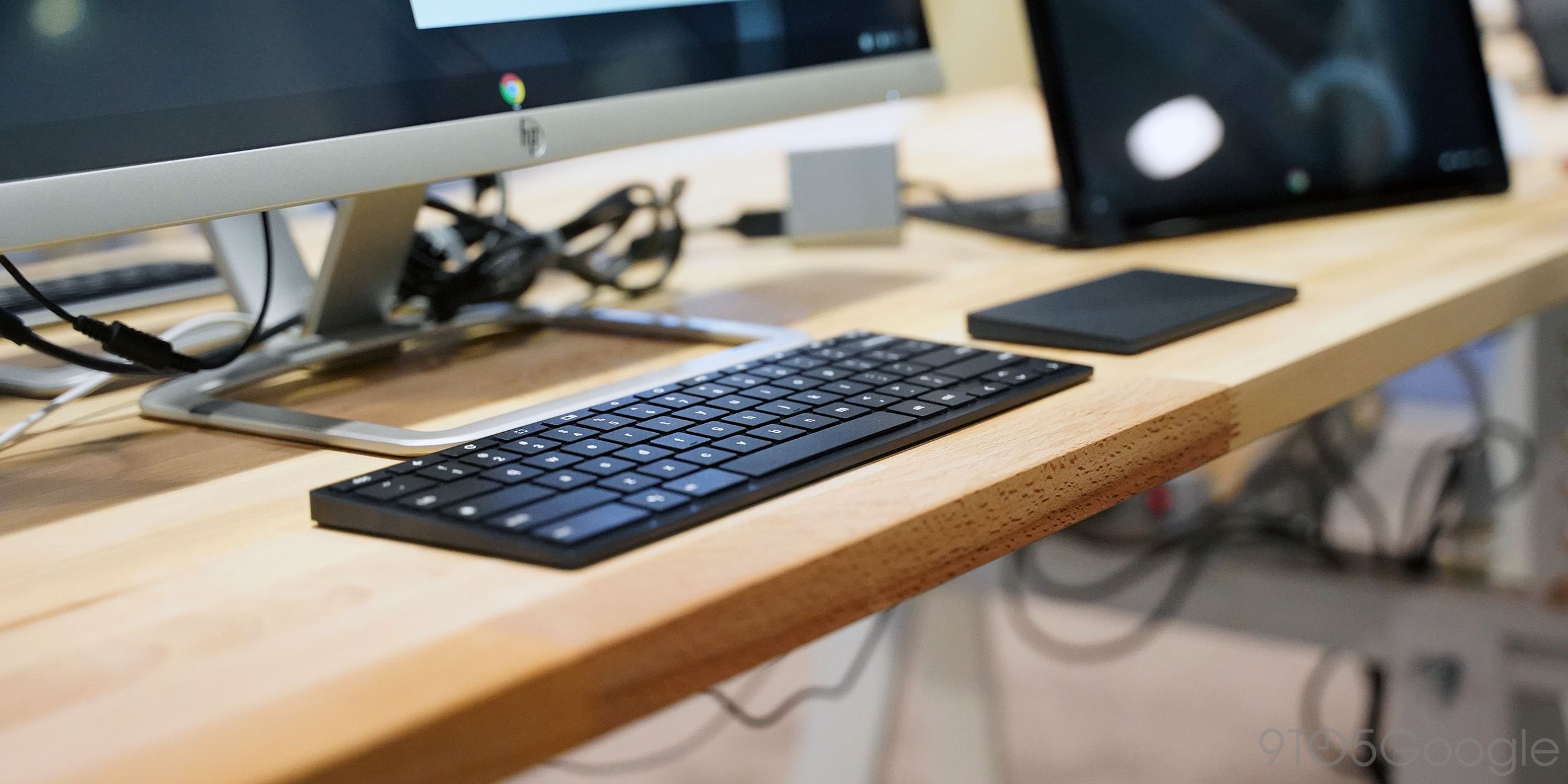 As you can probably tell from the photos, this is by far the closest thing we’ve seen yet to a true premium standalone keyboard for Chrome OS. As mentioned at its announcement, the keyboard will be shipping for $99, and that’s not bad considering its aluminum body. The typing experience, as well, seemed better than the not-as-good feel you get with their G-Type keyboard.

Another product we got to check out, one that didn’t leak before its announcement, is the wireless desktop touchpad. Like the keyboard, this is essentially the first standalone desktop touchpad made specifically for Chrome OS. It feels and looks really nice.

If you think it looks a lot like the Apple Magic Trackpad, you’d be right. And not only does it look like that device, but it also works in a very similar manner. The models we got to see were early prototypes that didn’t function fully, but Brydge says it will have haptic feedback for clicks. 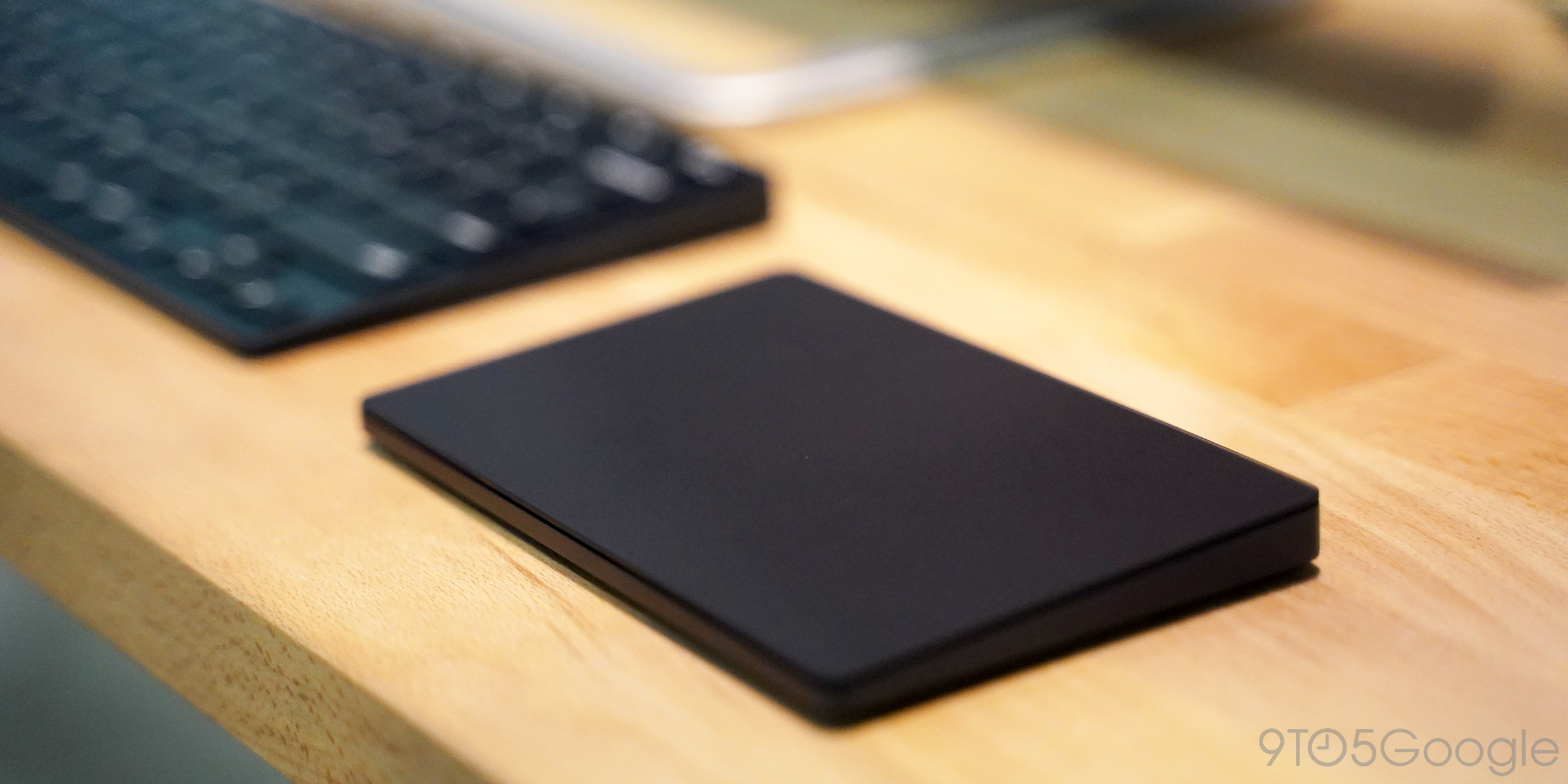 As mentioned, just like the keyboard, the touchpad is designed to work with Chrome OS and it’s essentially plug-and-play. It connects to your Chrome OS laptop or desktop machine by USB-C if you want to go that route, but it of course supports Bluetooth as well.

As I said, the device I got to see up-close was a partly functioning prototype, so we’ll have to hold our judgment for later this month or next. But my initial impression, as is the case with most of Brydge’s products (especially now that they’re showing Chrome OS some love!) is positive.

Brydge isn’t selling these quite yet, but you’ll be able to pick them up for $99 a piece on their site sometime soonish.