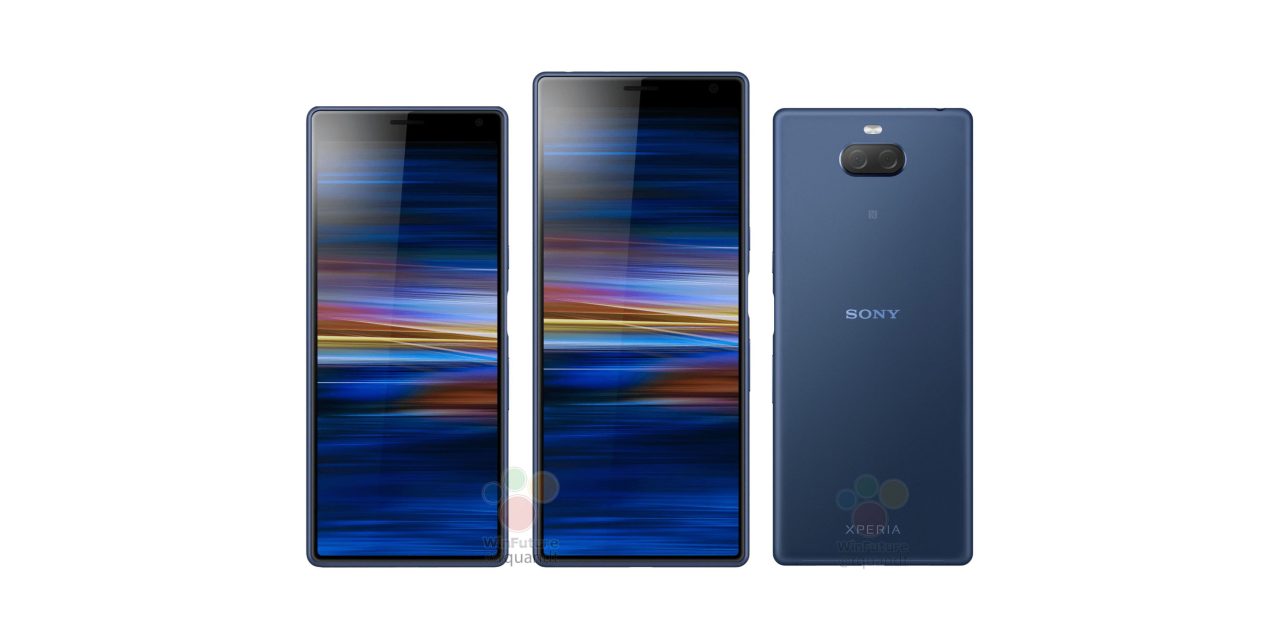 Ahead of MWC 2019, Sony is prepping a couple of new smartphones to debut at the show. Apparently, these new devices will represent a brand new lineup for the company, introducing a new name with the Sony Xperia 10, and also bringing a new 21:9 display.

This week’s leak of the Sony Xperia 10 is actually a familiar one, as it goes back to some of the renders shown off last week by WinFuture. In the days since, that publication has updated its dump of leaked images to show off more of Sony’s new devices.

Specifically, these new images give us a better look at how the smaller standard variant of this device will look next to a larger “Plus” variant. The design itself is shared almost identically between the two sizes, but the larger device is considerably taller due to the tall aspect ratio.

The name “Sony Xperia XA3” was unconfirmed at the time of the original leak, though. Since, Ishan Agarwal has claimed that Sony’s new smartphones will actually be called the Xperia 10 and Xperia 10 Plus.

Given the significant changes in design, this change in branding actually makes a lot of sense. It’s unclear for now if Sony’s flagship line and, in turn, the Xperia XZ4 will also see revised branding, but we’ll likely learn more on that front in the coming months.