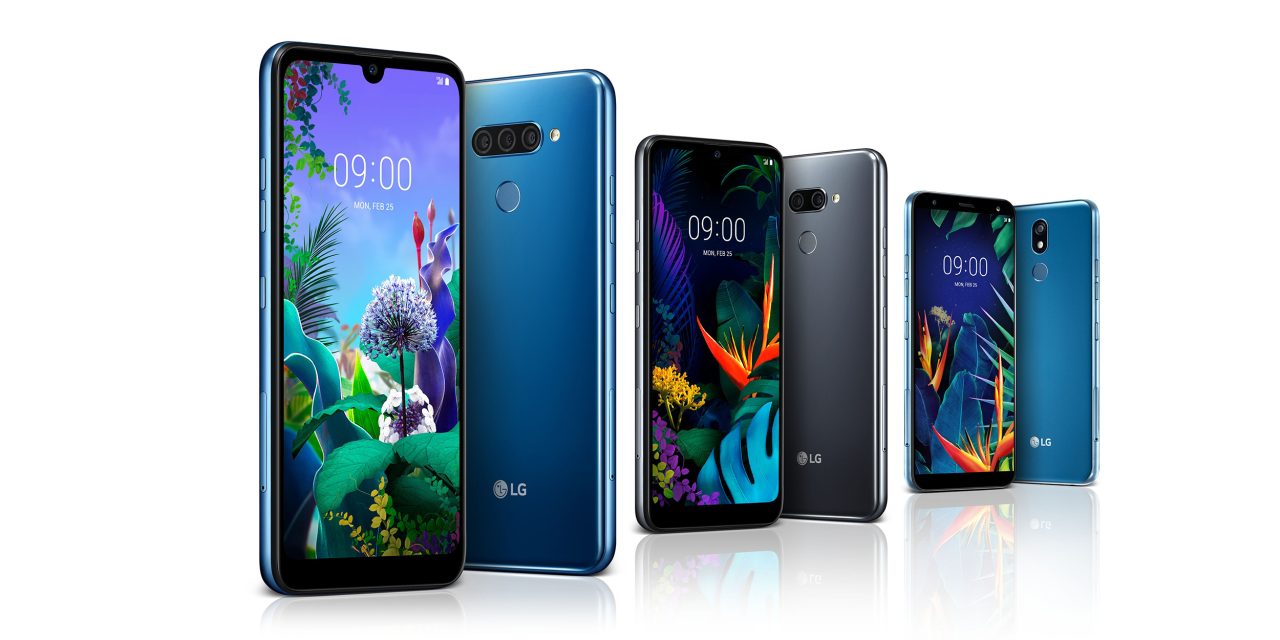 Ahead of MWC 2019, LG is unveiling a handful of new Android smartphones. The company has just officially announced the LG Q60, K50, and K40, all packing dedicated buttons for Google Assistant.

LG first debuted a device with a dedicated Google Assistant button last year with the LG G7 ThinQ and it’s something we’re glad to see LG expanding to more devices. The LG Q60, K50, and K40 all offer the button along the left side with a fingerprint sensor on the rear of each.

Looking at the LG Q60, the leader of the pack here, there’s a 2GHz octa-core chipset, 64GB of storage, 3GB of RAM, and a 3,500mAh battery. A 6.26-inch display is found up front at HD+ and with a small teardrop-style notch in the center. LG has also packed three cameras onto this device with a 16MP primary sensor, 2MP depth sensor, and 5MP super-wide angle sensor. A 13MP selfie shooter is up front.

Moving down the chain, the LG K50 offers a similar package with the same core specs, with 32GB of storage replacing the 64GB, and another notched 6.26-inch HD+ display. The battery size is also the same, but this time there are only two cameras on the rear – a 13MP primary shooter backed up by a 2MP depth sensor.

Finally, there’s the LG K40 which has a smaller 5.7-inch display without a notch. The device also uses a 2GHz octa-core chipset, but this time with 2GB of RAM, 32GB of storage, and a 3,000 mAh battery. There’s also only one rear camera at 16MP and a front-facing 8MP sensor for selfies.

With these new mid-range beauties, LG is offering large, high-quality displays and AI-powered functionality to consumers who traditionally had to settle for less. Each device features LG’s HD+ FullVision displays – 6.26-inch for the LG Q60 and LG K50 and 5.7-inch in the LG K40.

LG says that all of these phones are MIL-STD 810G compliant and they all have rear-mounted fingerprint sensors. It’s unclear what version of Android they run on out of the box, though. No prices or release dates have been made available yet.