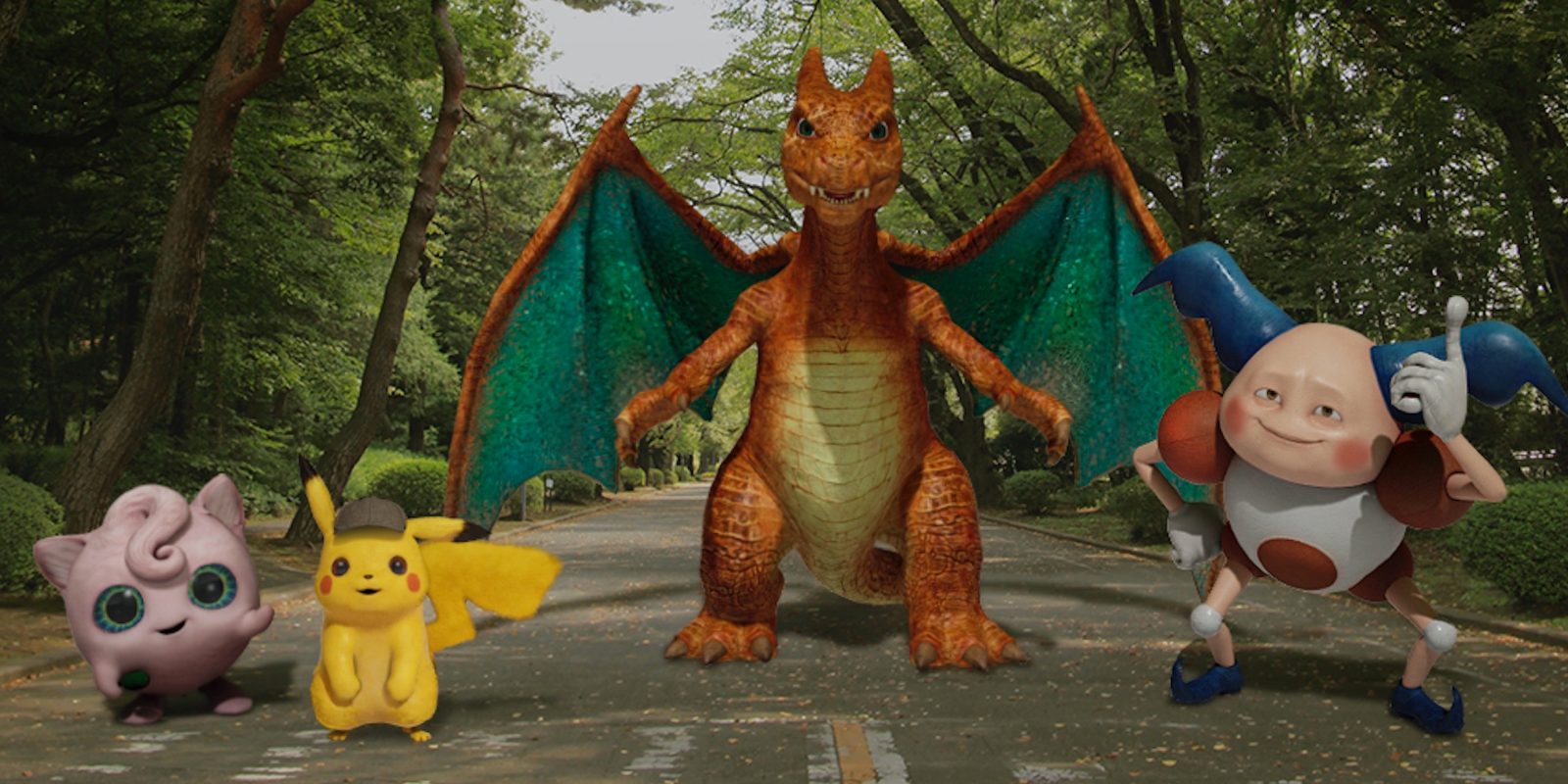 Users can drag one (or all four) Pokémon into a scene to take a picture or record video. They feature full animation and sound from the movie, with ARCore leveraged for motion tracking, light estimation, and the “ability to understand the real world.”

The Detective Pikachu Playmoji stickers will react to what’s in the scene and each other. For example, Detective Pikachu can “share a smile as he reacts to your facial expressions in real time via machine learning” when taking a selfie.

To access, Pixel users can open Google Camera and launch Playground mode from the More tab. Tapping on the stickers button to the left of shutter will reveal a new pack available for download. You can also install the Detective Pikachu Playmoji stickers directly from the Play Store. It joins existing promotional stickers for the Avengers, Childish Gambino, Star Wars: The Last Jedi, and Stranger Things.

With this launch, Google is officially bringing Playmoji to devices other than the Pixel 1, 2, and 3. It’s coming to “select Motorola and LG devices,” with those phones adding a new AR Stickers mode in their native camera apps. The LG G7 ThinQ already features AR Stickers, while Motorola earlier this year revealed availability for the moto z3 and z3 play.

Detective Pikachu premieres this Friday in Japan and next week on May 10th in the U.S.