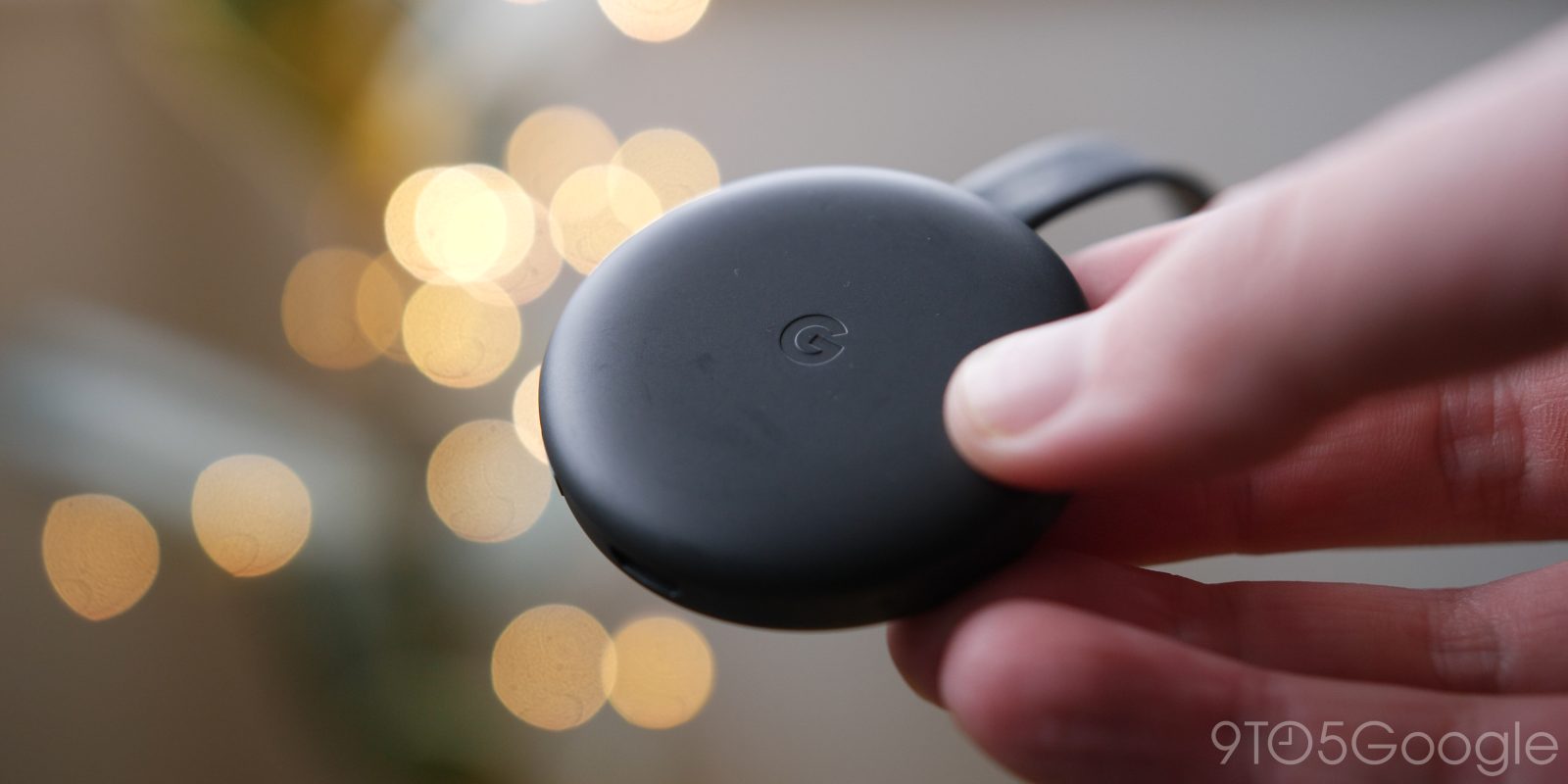 The visual modernization and slightly improved specifications of the 3rd-generation Chromecast did not even warrant stage time at Made by Google 2018. As such, it’s appropriate that a price cut for the streaming dongle was also done without any fanfare earlier this week.

All three Chromecast — non Ultra — generations launched at $35. On Tuesday, June 9, Google officially reduced the price to $29.99 on its first-party US store. The new cost is also live at other retailers. This change is similar to the Nest Hub dropping to $89.99 with the launch of the new Nest Aware last month.

The 2018 Chromecast better matches Made by Google’s soft and curved design language, while the Chrome logo was replaced with the company’s ‘G’ and a “Chalk” color introduced alongside “Charcoal.” A bigger change saw the magnetic HDMI connector removed so that you could no longer connect the cable and chassis when not in use.

Internally, Google touts a “15 percent improvement in hardware speed” that allows for 1080p at 60FPS instead of just 720p/60FPS before. It unfortunately still features a micro-USB port for power. 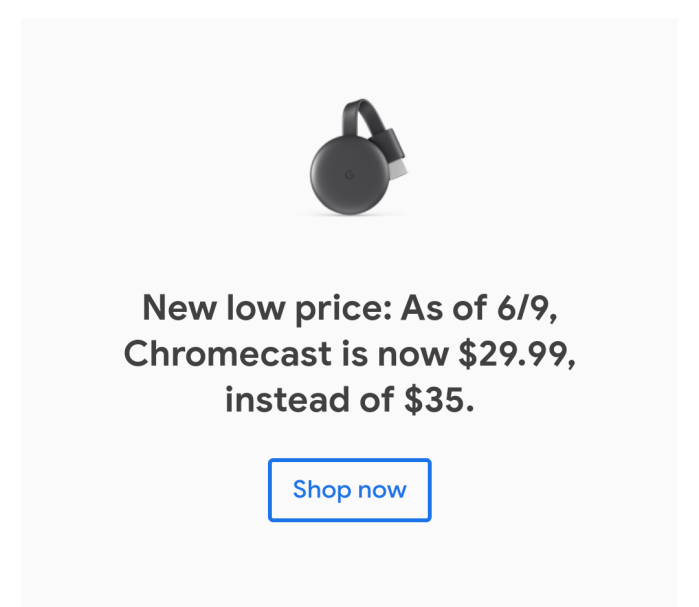 This price cut comes as Google is rumored to be readying a second-generation Chromecast Ultra that runs Android TV. 2016’s streamer is still $69 though it’s currently on discount for $59 this week.