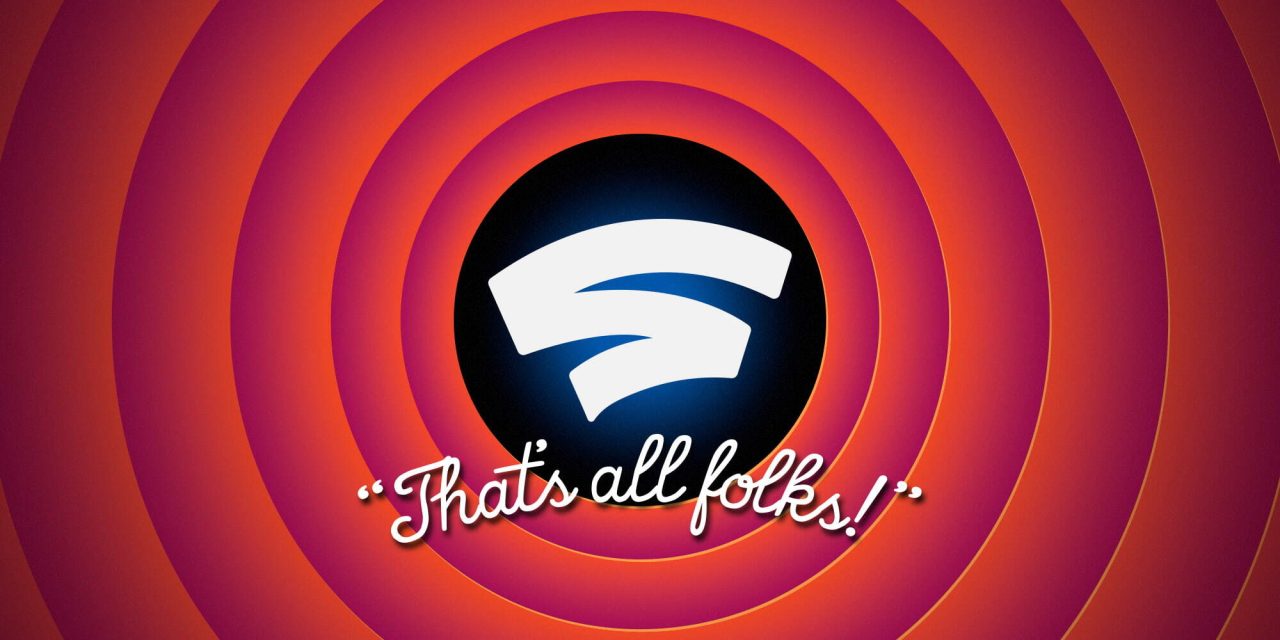 Well, it’s been quite a week, hasn’t it? Stadia is dead and with it, this weekly column. So to close things out, let’s take a look at Stadia’s stats one final time.

Stadia Changelog was a weekly series on 9to5Google where we round up some of the Stadia news that we wouldn’t otherwise be able to talk about. This includes a roundup of which new games were released on Stadia during the week, which games saw updates and patches, new games either confirmed or speculated for the platform, and more. Come back every Friday, and don’t forget to check out Bandwidth, our weekly look at the rest of the cloud gaming world, including GeForce Now, Luna, and more.

How many games were on Stadia?

As a final send-off, Google released six final games onto Stadia during its final day as an active service. These include:

These titles were released solely to Stadia Pro subscribers who still had an active subscription at the time of Stadia’s closure announcement. You can’t purchase any of these games from the Stadia Store, as it’s now been closed to the public. In fact, you’ll probably need to use this direct link to access these games at all.

Notably, some users have reported that FIFA 23 pre-orders on Stadia still went through, and the game is playable. Those who purchased early access also have the game unlocked until the platform’s full shutdown in January. Those purchases will still be refunded, of course.

Google added 59 new games to Stadia in 2022, well behind the pace of being able to bring 100 games as was previously promised. Anyone with an ounce of hindsight can easily look at that as writing on the wall for what’s happened this week.

With those additions in mind, how many games actually arrived on Stadia over its lifetime?

There have been around 300 games added to Stadia since 2019, a milestone the platform had just been approaching recently, in fact. In 2021, the platform managed to add 107 games, with more than that having been added in 2020. Even with Stadia being a young platform in mind, now a dead platform of course, that was obviously well behind the pace of competitors. Amazon Luna crossed the 300-game milestone in under two years. Nvidia GeForce Now, obviously having an advantage with porting, has over 1,400 games. And Xbox Game Pass supports nearly 400 titles in its cloud option.

Stadia was not only lacking titles, but was adding them incredibly slowly. Obviously, that was a huge contributing factor to the platform’s demise.

What games were still coming to Stadia?

The abrupt announcement of Stadia’s closure came as a surprise not just to players, but to everyone involved with the platform. Some game publishers have come forward saying that they had no idea that their upcoming releases on Stadia wouldn’t actually see the light of day – heck, Stadia’s own employees didn’t even know about the closure until 30 minutes before the public found out.

So, what was still in store? Stadia did have quite a few titles in the pipeline including:

There was a fair bit planned for Stadia over the next few months, and it’s a shame that none of it will actually land on the platform. And really, we feel sorry for the developers more than anyone else here. Google pulled the rug out on these games, most of which were from smaller indie studios.

We hope that Google will do the right thing and compensate these developers for their time. Stadia may be dead, but these games aren’t, and the efforts spent shouldn’t be in vain.

Sadly, that will mark the end of Stadia Changelog. Given that, well, Stadia is dead, there will be no more games released on the platform and nothing else in the pipeline. A core part of our weekly coverage is being closed off. Existing Stadia games will still see updates, but frankly, it seems most players are already planning to move over to other platforms.

Stay tuned for our continued coverage of anything that does happen with Stadia – we’ll continue our in-depth reporting until there’s nothing left to say.

It’s been fun, folks. Now if you’ll excuse me, I need to finally finish up Jedi Fallen Order on Stadia.