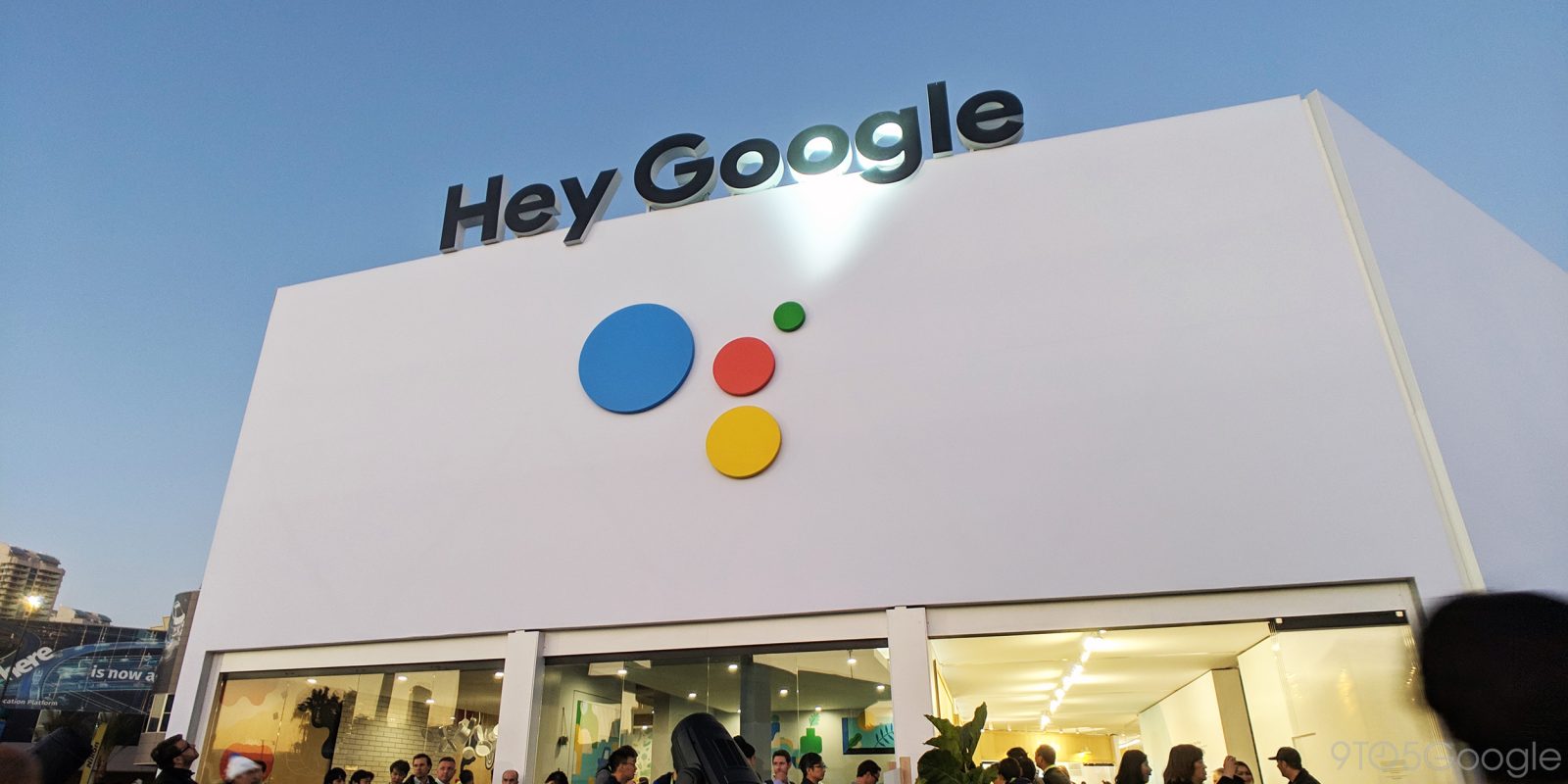 After years having no official presence at the world’s biggest tech show, CES 2018 ushered in a booth from Google. This past week at CES 2019, Google’s much larger booth housed the new “Assistant Playground” and the Google Assistant Ride too. Here’s what it was like to stop by.

For the second year in a row, Google Assistant stole the show at CES. Walking around the show floor and even Vegas in general, Assistant was advertised all over the place with plenty of Google representatives at booths showing off devices.

To help advertise some of the new products launched, Google’s booth also had a section called “Friends of the Google Assistant.” In this area, dozens of smartphones, speakers/smart displays, smart home devices, and more were mounted up for all to see. This included new products such as the Lenovo Smart Clock, JBL Link Drive, C by GE bulbs, and even a Sonos speaker. Notably, this took up a lot less space than the comparable room in 2018.

Further, there was a wall full of Made by Google products. The Pixel 3, Google Home Hub and speakers, Nest cameras, and more dominated this section of the space.

Other portions of Google’s booth were dedicated to activities. There was a section called “On the Go” which quickly showcased a few ways users might take advantage of the Google Assistant while out and about in their daily lives. There was also a demo of Android Auto which took place in a couple of different Ford vehicles.

The main attraction of the booth this year, though, was the Google Assistant Ride. After getting in line, those who wanted to take a spin walked past a heckling animatronic Grandma into a room to start the story of a husband assigned by his wife to pick up a cake for a surprise party.

Through the waiting line and the entire ride, Google constantly reminds everyone that this is an ad. I’ll agree with Stephen Hall that it’s a bit overdone, but some bits of it are absolutely hysterical to me.

Once the ride begins, music starts playing as the coaster runs through the day of this father and his children. Inside there’s a gigantic Home Hub, plenty of cameos from other Made by Google hardware, and a lot of Disney-esque decorations. The entire ride takes just a few minutes, and at the end users are greeted with a picture, a macaroon, and also a free Google Home Hub redemption code.

You can get a peek into what the Google Assistant Ride looks like in our video above, but Google also has a full VR experience to show off the ride which we’ve embedded below.