Gmail on the desktop web today is home to more than just email. It’s long had text chat and video calling, while the last major redesign added Tasks integration. Google now looks to be bringing Chat, Meet, and Tasks functionality directly to Gmail for Android.

Version 2020.04.12.307915656 of Gmail today contains strings describing standard Chat, Meet, and Tasks capabilities. For Google’s messaging service, this includes creating new conversations and viewing Rooms, while there are references to starting and joining meetings via Meet’s code process. There are also strings related to creating tasks, sub-tasks, and assigning them to others, which we previously saw signs of in the Chat app.

Today, all these features are found in Gmail’s desktop web client. Meet integration was just announced last week for G Suite customers. Now widely rolled, users can start and join meetings from a pane right next to their list of emails. Google last Friday did say those features would be “coming soon” to mobile. 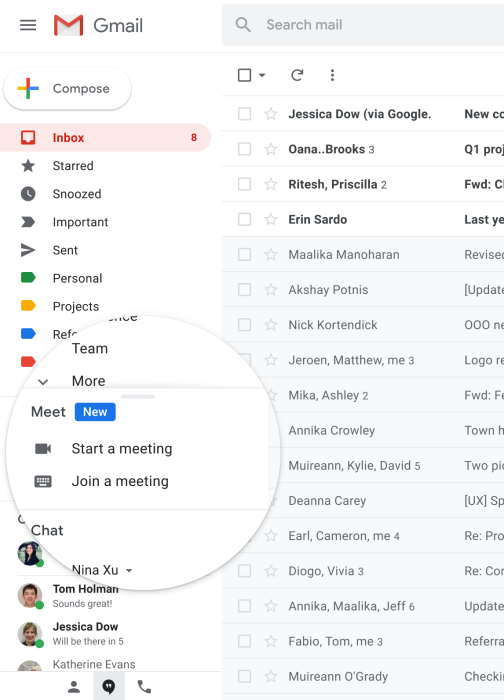 However, what’s occurring with Chat and Tasks is far more ambitious and has not been previously announced. Tasks integration on the web today lives in the right sidebar/panel with Calendar, Keep, and third-party add-ons.

Meanwhile, Google Chat integration is currently being beta tested for G Suite customers. It will be a straightforward replacement of classic Hangouts, while fullscreen group Room chats will also be available. 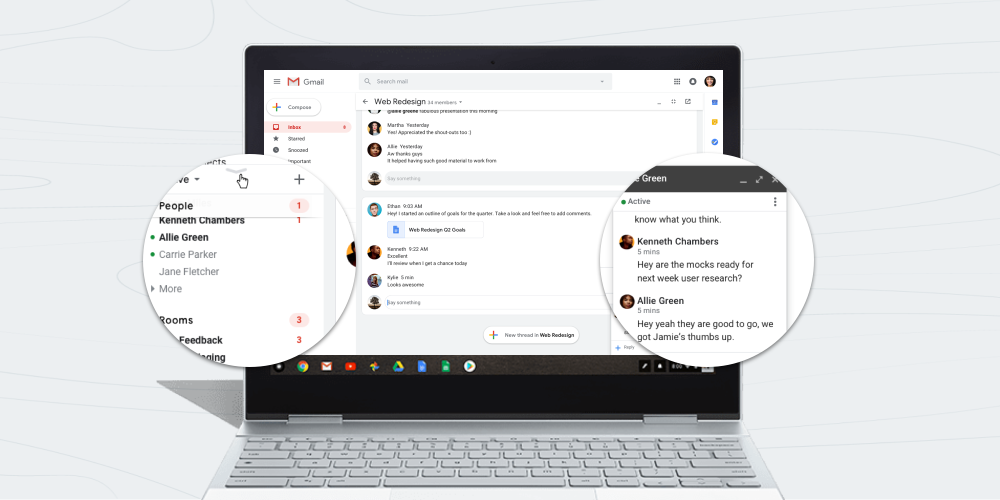 On a technical level, this new version of Gmail for Android is significantly larger and looks to already incorporate aspects of the full Chat and Meet apps. Version 2020.03.29 of Gmail was 25.89MB, while this update is 50.8MB. This integration seems to be more than just linking out to other installed apps on your device, and will let you take direct action inside Gmail.

From a design and usability standpoint, it’s not clear how Google will fit four services into one app. We’ve seen signs today that Gmail could be getting a bottom bar with each service referenced as a “hub.” Each tab would presumably be its own app with a list of email and message threads likely. It also raises concerns about bloat and speed by bundling so many features together

Meanwhile, this integrated Gmail app comes in the context of a unified business messaging app from Google’s enterprise division that was rumored in January. If our speculation today pans out, this future version of Gmail is very close to that alleged app, though it’s currently missing Google Drive and some Calendar integration.

None of these capabilities are live today.

<string name=”force_upgrade_description”>”Looks like you’re using an old version of Chat. You need to install the latest update to continue.”</string>

<string name=”empty_state_body”>”You’ve finished all your tasks. Take a second to recharge.”</string>

<string name=”tasks_df_warning_message”>The shared tasks feature is in testing and might not be available to all room members.</string>

<string name=”tasks_not_synced”>Your task list has not yet synced. Pull down to refresh when you are back online.</string>

Kyle Bradshaw and Dylan Roussel contributed to this article