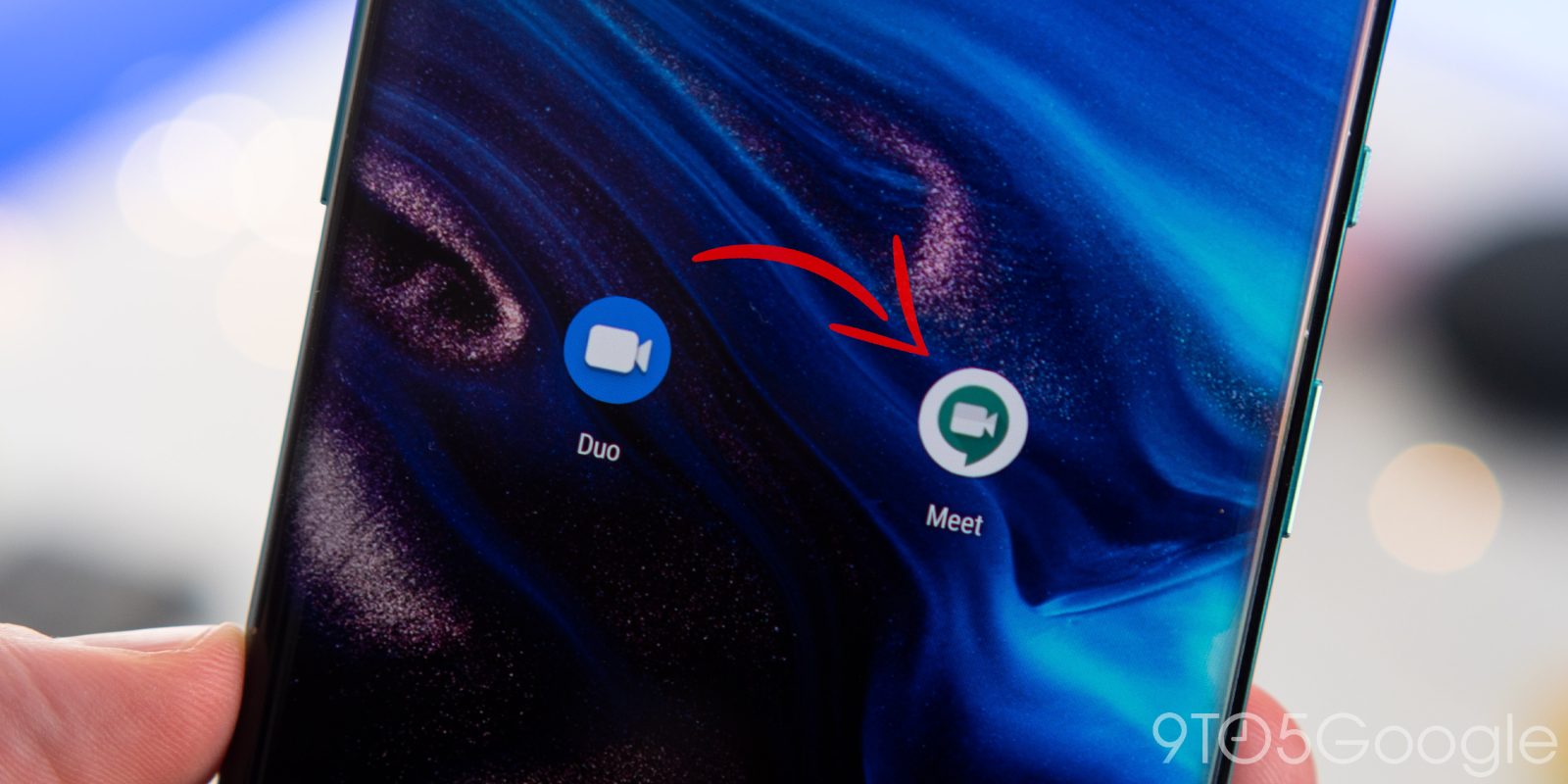 With classic Hangouts on the way out, Google today has two video calling apps. However, that is one too many for the company, and sources familiar with the matter tell us that Google Duo will eventually be replaced by Meet.

This decision is the result of Google placing its consumer communication services — Duo, Messages, and Android’s Phone app — under the leadership of G Suite head Javier Soltero. After the unified team was made public in May, Soltero announced to employees that it does not make sense for Duo and Meet to coexist.

Following the rise of work from home and remote learning, Google has moved aggressively to make Meet a Zoom competitor. Like Duo, it’s now “free for everyone” to use and going after the same market.

With all the focus on Meet, the new messaging chief opted to have the service become Google’s one video calling service for both regular and enterprise customers. Internally, this is being described as a merger of the two services that is codenamed “Duet” — a portmanteau of Duo and Meet.

We’re told by sources that this new direction and the reduced interest in building a dedicated consumer service came as a surprise to the Duo team.

History of a successful product

Google Duo was announced at I/O 2016 as one half of the company’s new consumer messaging strategy to replace Hangouts. While Allo — Google’s text messaging service — floundered, Duo found great success as an app focused on video.

The service has since added group calling, a web client, the ability to send story-esque audio and video messages, but remains very simple with a list of contacts that you can tap to start a call. It’s integrated with Google Messages and the Google Phone dialer, while recently adding the ability to let people be reached via email address. For all intents and purposes, Duo’s pre-installed nature made it Google’s FaceTime equivalent.

An update launched in April introduced the AV1 codec to improve video call quality, built-in screenshots, larger groups, and the ability to save messages. Google followed that up in early May with a “Family mode,” more virtual effects, link-based invites, and 32-person calls.

Sources have made clear to 9to5Google that at the end of this merge Duo is going away, and that engineers that previously worked on the consumer product are now tasked with Meet enterprise development, or left the team.

In fact, Meet usage has skyrocketed past Duo in recent months. In late April, Google announced that peak daily usage of Meet grew by 30x with 3 billion minutes of video meetings that month, and almost 3 million daily new users. Additionally, daily meeting participants surpassed 100 million. In comparison, Google reported that Duo had an 8x surge in group calls that April, as well as 10 million sign-ups per week with a ten-fold increase in call minutes.

For Google, Meet is monetized as part of G Suite from day one, while the popularity of Zoom shows that regular users are fine with using an enterprise app for personal communication. The key difference in 2020 is how the public is now familiar with generating a link that they then send to others versus having a direct list of contacts. The company has also been explicit about the importance of Meet by integrating it with Gmail.

Before the replacement happens, the current plan is to have several key Duo features for consumers brought over to Meet. Sources tell us that this includes end-to-end encryption, contacting users for a video via phone number, and even 3D effects.

The pace of Duo development is winding down after the introduction of group conversations to the Nest Hub Max last month. More broadly, the app’s development has slowed down in comparison to other video calling apps. For example, Google this week provided a detailed timeline for upcoming Meet features.

Sources tell us that the timeline for this transition could take up to two years. Of course, development plans could change, but it’s not happening in the near-term. At the end, the current course sees the Duo app disappear and Meet pushed to users in its place.

In response to our post, the company issued the statement below. Like we reported, Google has “no plans to interrupt” current usage of Duo with its current timeline. It does say that it will “invest in building new Duo features,” and we’re currently aware of plans to keep adding fun, seasonal face filters.

Lastly, Google says it is “looking at ways that our video calling products can improve alongside one another” in a subtle nod to our report that the two services won’t always remain independent in the future.

“We’re fully invested in Duo, which has seen astonishing growth during the pandemic. People around the world are relying on video calling more than ever, and we have no plans to interrupt that. We’ll continue to invest in building new Duo features and delivering a delightful experience for our users, customers and partners. We brought the Duo organization under Javier Soltero’s leadership in May, and it follows that we’re looking at ways that our video calling products can improve alongside one another.”