Google has today updated the official list of services that Google Home supports with mention of iHeartRadio. The music streaming service hasn’t been officially available on Google Home up to this point, but now it looks like Google is rolling it out…

The 2017 iHeartRadio Music Awards kick off in just a couple of weeks, and public voting is currently underway to determine this year’s award winners. This year, however, iHeartRadio is doing something a little different by partnering with Google to let users vote via their Google Home.

Google Home is one of our favorite products of 2016, and as we go into 2017, we’re only expecting it to get better. That includes integrations with more new services, such as popular radio streaming service iHeartRadio, which has announced that it will be coming to Google Home.

Google today announced Google Cast for audio, which the company says takes advantage of Chromecast tech to send audio to third-party hardware like speakers, A/V receivers, and sound bars. The feature will allow users to tap a “cast” button from within music and radio apps on Android, iOS and the web to stream audio to Google Cast enabled speakers. END_OF_DOCUMENT_TOKEN_TO_BE_REPLACED 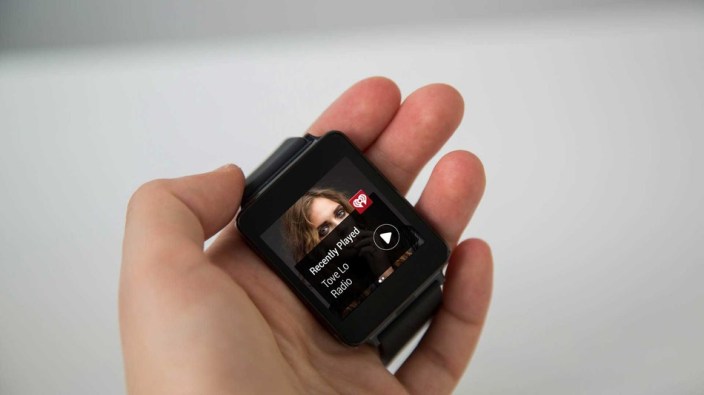 iHeartRadio today announced that it plans to release an Android Wear app on October 15th. The company, which recently rebranded from Clear Channel to iHeartMedia, says that the app will support all current Android Wear devices.

END_OF_DOCUMENT_TOKEN_TO_BE_REPLACED

T-Mobile announced a new initiative in June to offer unlimited streaming of variety of music streaming services on its mobile network without counting against customer data caps. The program, dubbed Music Freedom, supports streaming iHeartRadio, iTunesRadio, Pandora, Rhapsody, Samsung Milk, Slacker, and Spotify over T-Mobile’s network without counting towards a data cap, and today the carrier is doubling the number of supported services.

Today T-Mobile is announcing the addition of AccuRadio, Black Planet, Grooveshark, Radio Paradise, Rdio and Songza to its Music Freedom program. You may recall Google purchased Songza (for what is believed to be $15 million) in July. In addition to introducing the six new music services to the program, T-Mobile has also shared that it will be adding Google Play Music later this year after the service was voted on the most to be included. Full press release follows… END_OF_DOCUMENT_TOKEN_TO_BE_REPLACED

Upgrade to a Vitamix blender today at $100 off, the ONE now within $1 of all-time low at…

T-Mobile has just announced at its “Uncarrier 5.0” event (which apparently double as the Uncarrier 6.0 event) that all streaming music services will now be free to stream on T-Mobile, including iTunes Radio, Pandora, iHeartRadio, Slacker Radio, and Spotify.

Any streaming you do will always be done over the company’s fastest available network, and won’t count towards your high-speed data limit.

END_OF_DOCUMENT_TOKEN_TO_BE_REPLACED Google TV just launched iHeartRadio on its Smart TV platform in an effort to bring live radio to the big screen.

iHeartRadio is a four-year-old website and mobile radio network that aggregates local radio brands, personalities, and on-demand content. The new Google TV app offers 800 live stations and the ability to create a custom station based on an artist or track. It also sports high-resolution imagery, quick jump options, and seamless navigation for finding local broadcasts by genre or location. Moreover, the app “dims the lights,” so users can listen to music without a blaring screen in the room.

A screenshot of the app is above, while a reel of the service is below.  END_OF_DOCUMENT_TOKEN_TO_BE_REPLACED