How Android One has changed, and why its US debut via the Moto X4 is likely imminent 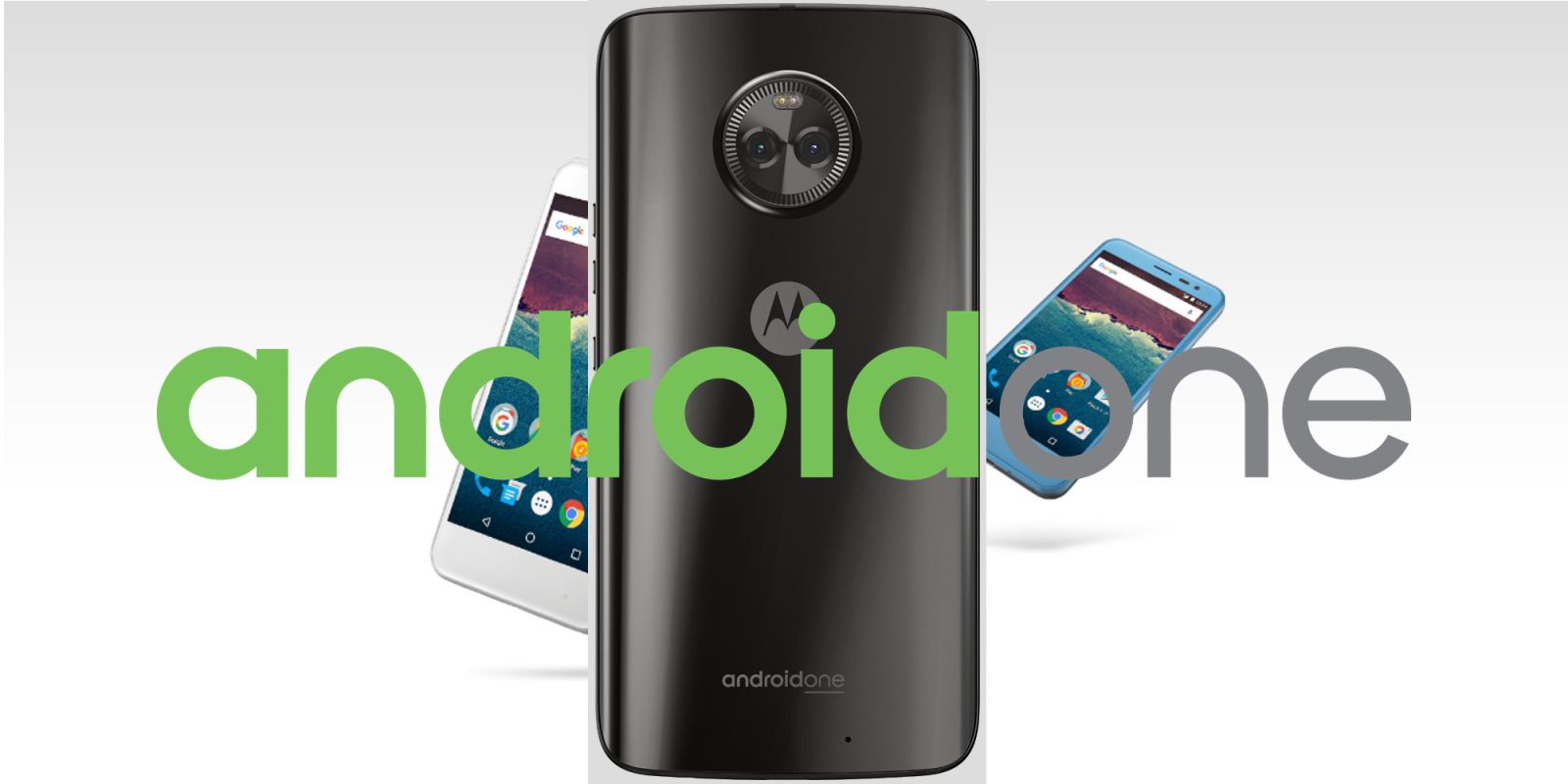 Today we got our first look at an Android One-branded Moto X4 from the ever-reliable Evan Blass, but here’s something you might not be aware of: we’ve been tracking this story here at 9to5Google for more than half a year now. The first rumors of the program’s launch in the US popped up back in January, and a few months later we got a sizable dump of information about the program from a source, some of which we published in April.

So what’s happening? How has Android One changed? Is the Moto X4 going to be the first Android One phone for the United States?

The initial report on Android One’s US launch

Let’s start with the report from The Information in January of this year that said Android One was coming to the US. It’s worth mentioning before we even talk about the details that The Information has one of the most solid track records in the industry, and the reporter that wrote this story, Amir Efrati, has a great track record with Google. For a couple examples among many, he reported that Huawei would be making the Nexus 6P several months before its launch and detailed Waymo scaling back its self-driving efforts.

The report said that Android One would be coming to the US sometime in the “middle” of 2017 with a device priced roughly in the $200-300 range. The report argued that adoption of One in developing markets had yet to be successful and that moving into the established market for $200-300 unlocked devices in the US would make more sense and come with a greater possibility for growth.

Efrati said that devices in this program would get a Nexus-like promise of two years of software and security updates, and it would ensure that Google’s services — like Maps, Photos, and others — are not replaced by competitors. Efrati said that LG was a possible partner to make Android One devices, but he didn’t mention specifics. He said Google would be funding ad campaign for the phones.

Our follow-up details, and the Moto X4

A few months later, a source that we’re fairly confident in at this point gave us some more details on this program and its forthcoming US launch. In that report, we corroborated Amir’s post that Android One would indeed be launching in the United States, and we were the first to report that the phones would work with Project Fi (a piece of the story which Evan Blass later corroborated, although he perhaps didn’t know it yet).

We also said the phones would be relatively affordable, we said the Moto X4 was one of two most likely contenders (or perhaps the only contender, because we still don’t know what the HTC device we mentioned actually is) we said that launch device would be priced around $400 (or perhaps even lower), and we said Efrati was wrong on the launch window: more likely to be October or November rather than Summer. It looks like we were right on that point.

The same source that gave us this information now tells us that he’s sticking with it: the Moto X4 is the first Android One phone for the US.

But that’s all information from a reliable reporter and our own source, not from the source — Google — itself. What has the Mountain View company had to say about Android One and how it has changed in recent years? There’s an abundantly common misconception that Android One is all about budget devices in developing countries (which would make a US launch seem nonsensical at first glance, admittedly), but is that really true?

Android One isn’t what it once was

Thankfully, Google’s VP of Android and Google Play Sameer Samat talked a lot about that in an interview with All About Android at Google I/O 2017, which many people missed:

“Android One is a program that we started a while ago, a couple years ago, and it did three things. One is that is it specified hardware. So we said look, we’re going to work with some manufacturers, and here’s the hardware specs that you should use. The second thing it did is it said if you want to put the Android One brand on a device, you need to have the Google UI on the phone. And the third thing is that if you want to use the Android One brand, you need to commit to regular security updates.”

So this was the three-tier story that Google was telling with the Android One brand when it launched a couple of years ago. Now, how has that changed since? Samat goes on, emphasis ours:

“We learned a few things. One thing we learned is that there’s a set of users out there that really like the Google UI and that really want security updates, and they aren’t just at the entry-level. There are at mid-tier and high-end devices that people wanted to have all those things. So we changed the program; we aren’t specifying the hardware anymore. We recommend hardware, but manufacturers are able to pick whatever hardware they want.

“And now Android One as a program is for the high-end, mid-tier, and entry level,” he said. “So for example, we worked with General Mobile in Turkey, they have a phone which is like $200-$250. It’s a great phone, and they sell it really well there. In Japan, Sharp and Kyocera have devices that are Android One devices $400-$500 that are not entry-level at all. But when you walk into a Y Mobile store in Japan, they have a big sign that says Android One, and the consumer understands that that’s the Google UI and updates. So we just changed the program, and that’s going really well.

You can hear this all for yourself, starting around 1:00:

Long story short, Google’s philosophy for Android One has changed dramatically since it launched. While the program used to be focused on bringing cheap devices with the latest security patches and a Google UI to developing countries, the latest Android One offerings have actually been mid-to-high-end phones in developed countries like Japan. Google says that this strategy of giving consumers the option of buying Google-flavored Android devices is going really well, and for the purposes of this explainer, I think it makes a lot of sense to extend that program the US.

Google’s Android One lead slipped up at I/O

There’s also the fact that, also at Google I/O 2017, Google’s Android One lead accidentally slipped up and referred to Android One’s US launch as something that happened in the recent past… even though it has still yet to happen. You can hear it yourself in the video we recorded of his response to my question:

“The new Android One that we saw launch in the US is targeting somewhere the middle of the market,” Arpit Midha said. This part is especially interesting considering the Moto X4 targets that exact segment… somewhere in the “middle of the market” with its $400 price tag.  And yet, he stated this as if it was a commonly-known fact. It could be, perhaps, that Arpit misspoke. Or maybe this ex-Google[X] lead could actually know something we don’t and accidentally let it slip. It seems more likely than ever at this point.

The Sharp 507SH for Japan is certainly not a cheap Android phone (Y! Mobile has it listed for 2,160 yen for 24 months, which is the equivalent of around $480). That doesn’t exactly fit the old narrative of Android One being restricted to low-priced phones in developing nations.

And the latest Android One entry, the Xioami Mi A1, is perhaps the most widely-launched Android One phone yet. The device shares a lot of similarity with the recently announced Mi 5X, with a 5.5-inch 1920 x 1080 Full HD display, Qualcomm Snapdragon 625 processor, 4GB of RAM, 64GB of internal storage, and a 3,080 mAh battery. And it’s said to be available in more than 40 markets: India, Taiwan, Hong Kong, Hungary, Russia, Egypt, South Africa, Mexico, and plenty more. That also doesn’t fit the old narrative.

Sure, there have yet to be any Android One launches in North America, but at this point, there have been launches pretty much everywhere else. Overall, I think the point that I’m trying to get across for the skeptics of Android One’s coming launch in the US is that the Android One story has changed, and people haven’t noticed. It’s not just about developing nations getting secure stock Android phones anymore. In fact, Android Go fits that narrative better now.

As Samat said at I/O, “in Japan, they have a big sign that says Android One, and the consumer understands that that’s the Google UI and updates,” and Google has seen success with this strategy. I’m fairly confident that we’ll see this Moto X4 on Android One launch in the coming months in the US with a similar mindset. Manufacturers get the benefit of Google’s marketing muscle, and the niche of consumers that want the Google UI, no bloatware, and timely security updates — albeit delivered by the manufacturer — will have a great option to go with.

As for the timing of the launch, I don’t know much. We’ve had one anonymous tipster with an imperfect track record tell us to expect it at the Pixel event (which is rumored to be happening in early October, specifically on the 5th according to Evan), but timelines are where most of this particular tipster’s “imperfect” track record comes from. I’m just not sure when, but the pieces are coming together to make the if seem almost certain. All I have is one source and logic, but that’s enough for me.