Postmortem: Google’s original Pixel shows how far it’s come and how far it has to go 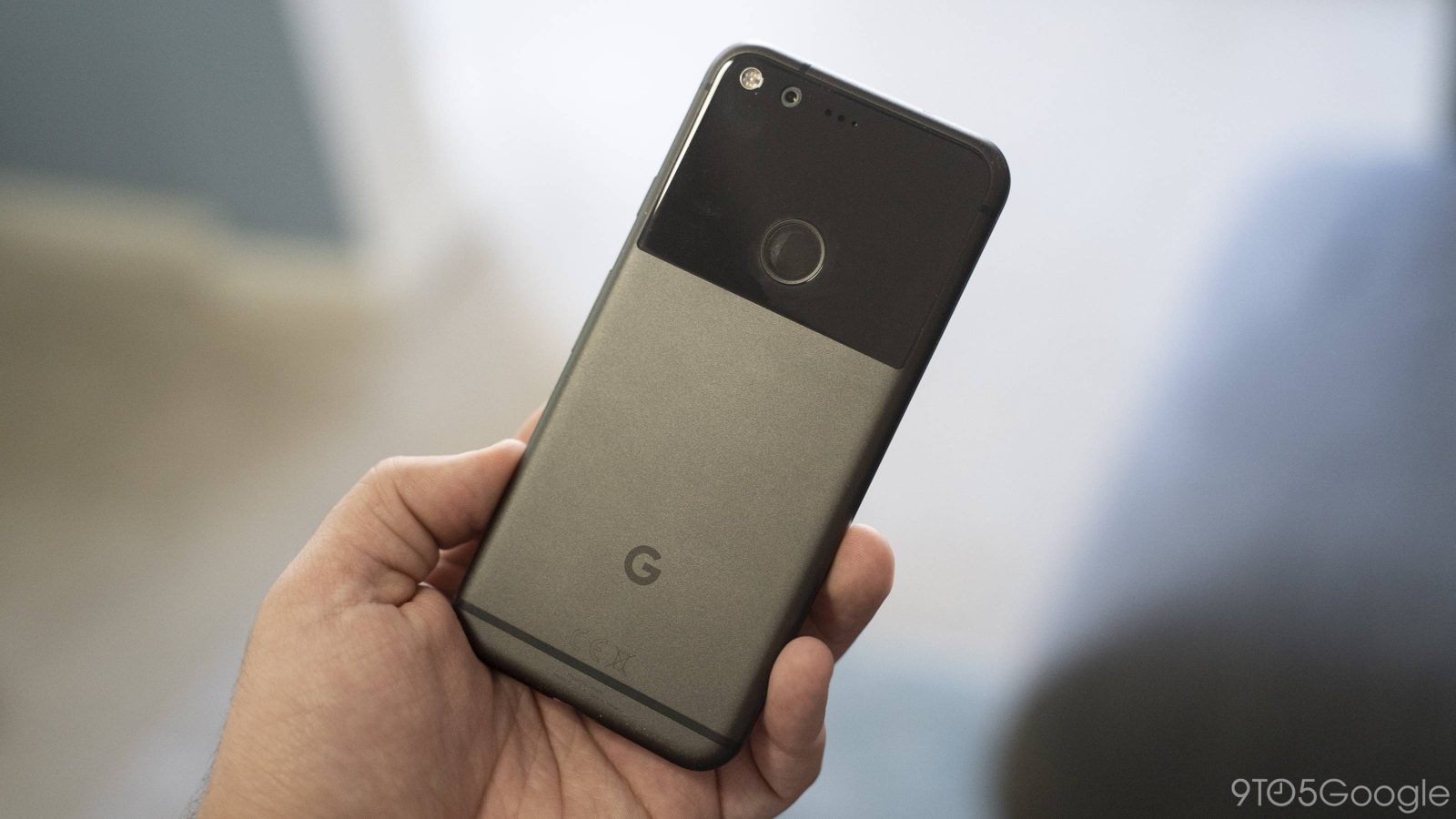 It’s only been three years since Google decided to go on its own and start building its own flagship Android smartphones. In that three years, we’ve gotten a handful of Pixel phones all with their own strengths and weaknesses, but now that the original Google Pixel (2016) is being laid to rest, we thought it’s about time to look back at the phone that started it all and see how things have progressed.

In case you missed the previous announcement, Google is no longer updating the original Pixel following its December security patch. That update is rolling out this week with the note that it is indeed the final update that the smartphone will get. Of course, those still using the aging hardware can continue to do so, they just won’t get the next version of Android or future security updates.

Still, with the original Pixel essentially on its death bed, it’s a good time to look back at what Google did right with the original, what it’s fixed and improved on with succeeding Pixels, and where Google still needs to improve with the Pixel lineup.

After a full three years on the market, the Google Pixel (2016) has aged alright. The OLED screens looked great at launch, but they’ve proved susceptible to burn-in over time. Performance has also greatly degraded over time with the phone sometimes not keeping up.

Still, the original Pixel has had some perks over the years. It’s still the only Pixel that will forever have unlimited full-resolution Google Photos backup and it’s managed to get 4 major Android platform upgrades. That’s not common at all in the Android world, but it’s something that other Pixels will be able to look forward to. 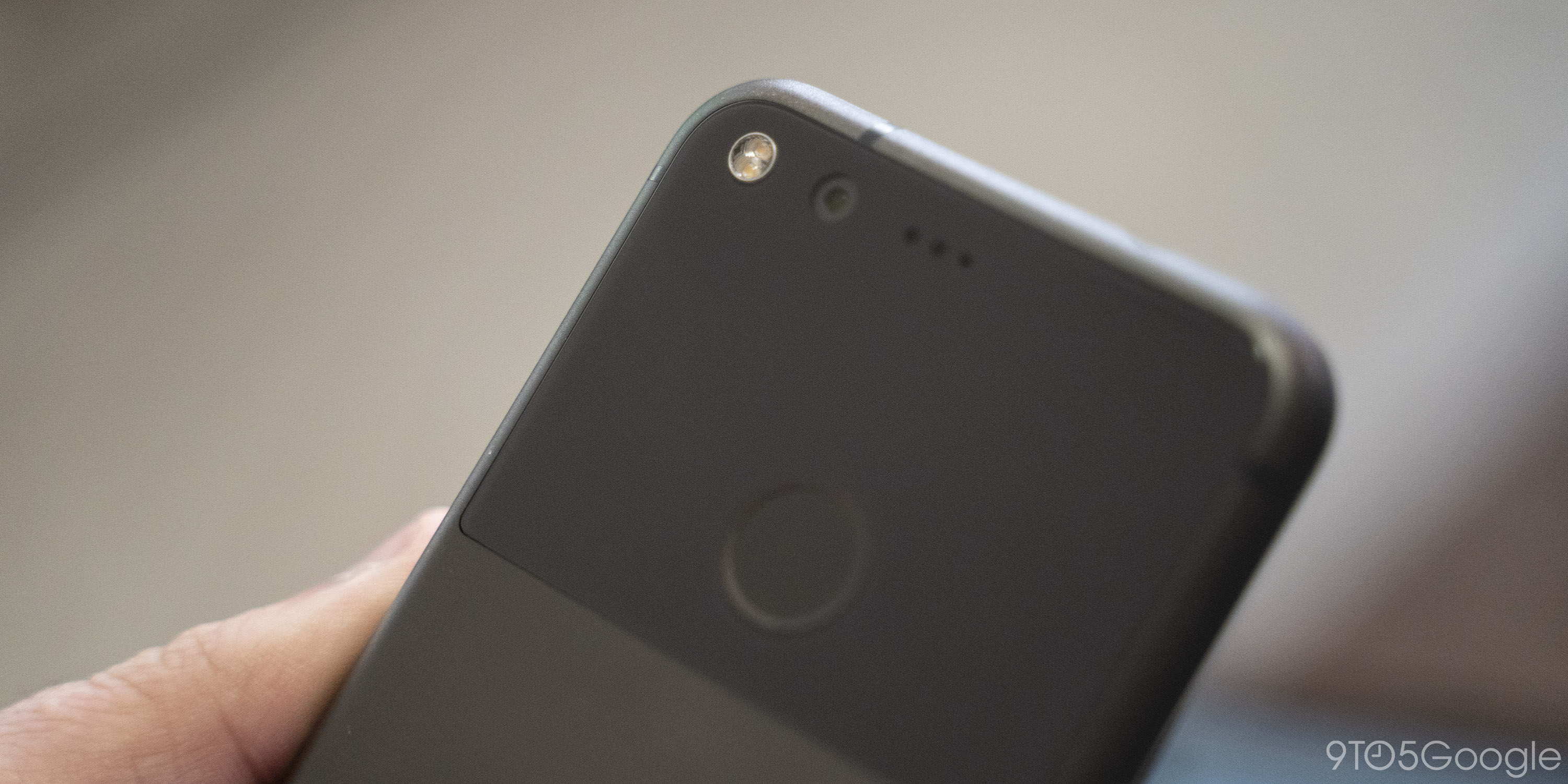 What the original Pixel did right:

The biggest thing that Google nailed right off of the bat with the original Pixel was its path with computational photography. Instead of going all-in on megapixels and lenses, the Pixel has just a single 12.3MP shooter that uses powerful software to enhance its shots.

HDR+ debuted on the Google Pixel in 2016 and it was an insane leap over everyone else on the market at the time. Apple’s iPhone 7 and Samsung’s Galaxy S7 just couldn’t compete in the vast majority of scenarios. Right out of the gate, the original Pixel was able to establish itself as the best camera you could get in a smartphone and thanks to that, the Pixel is still known for its camera despite the competition finally catching up.

Another big win for the original Pixel back in 2016 was the debut of Google Assistant. The voice assistant that still blows us away in 2019 started as an exclusive to that first Pixel smartphone.

In 2016, Google Assistant wasn’t as capable as it is today, but it did a lot. It offered better voice recognition than competitors like Siri and understood natural language incredibly well. Perhaps the most impressive example at the time was the ability to ask a question, get an answer, and then ask a follow-up question without giving context.

In the world of Android back in 2016, most skins were still a bit of a mess. Samsung still hadn’t gotten things together and LG was even more of a disaster than it is now. The Pixel arrived on the scene to debut Android Nougat and with that, it also showed how well an Android phone could perform. When it debuted, the original Pixel was the best Android phone you could buy in terms of performance.

The hardware on the original Pixel also arrived as something more thoughtful and practical than the flashy designs other OEMs were putting out. Its metal design was sturdy and slim and had a couple tricks up its sleeve. The glass window on the back gave the phone a unique look that immediately stood out but also helped improve connectivity a bit too.

Further, the design of the original Pixel was a “wedge.” That sloping design was thinner at the bottom but thicker towards the top to make room for the headphone jack and also keep the camera from protruding from the rest of the design.

It’s just a shame that the bezels were so huge.

What Google has improved:

Starting with Pixel 2, I think Google really found its design aesthetic. Everything since the original has remained very practical, but more “human.” The pinnacle of that is definitely the matte-covered Pixel 4, but everything that came after the original has improved with slimmer bezels and more distinct design choices. 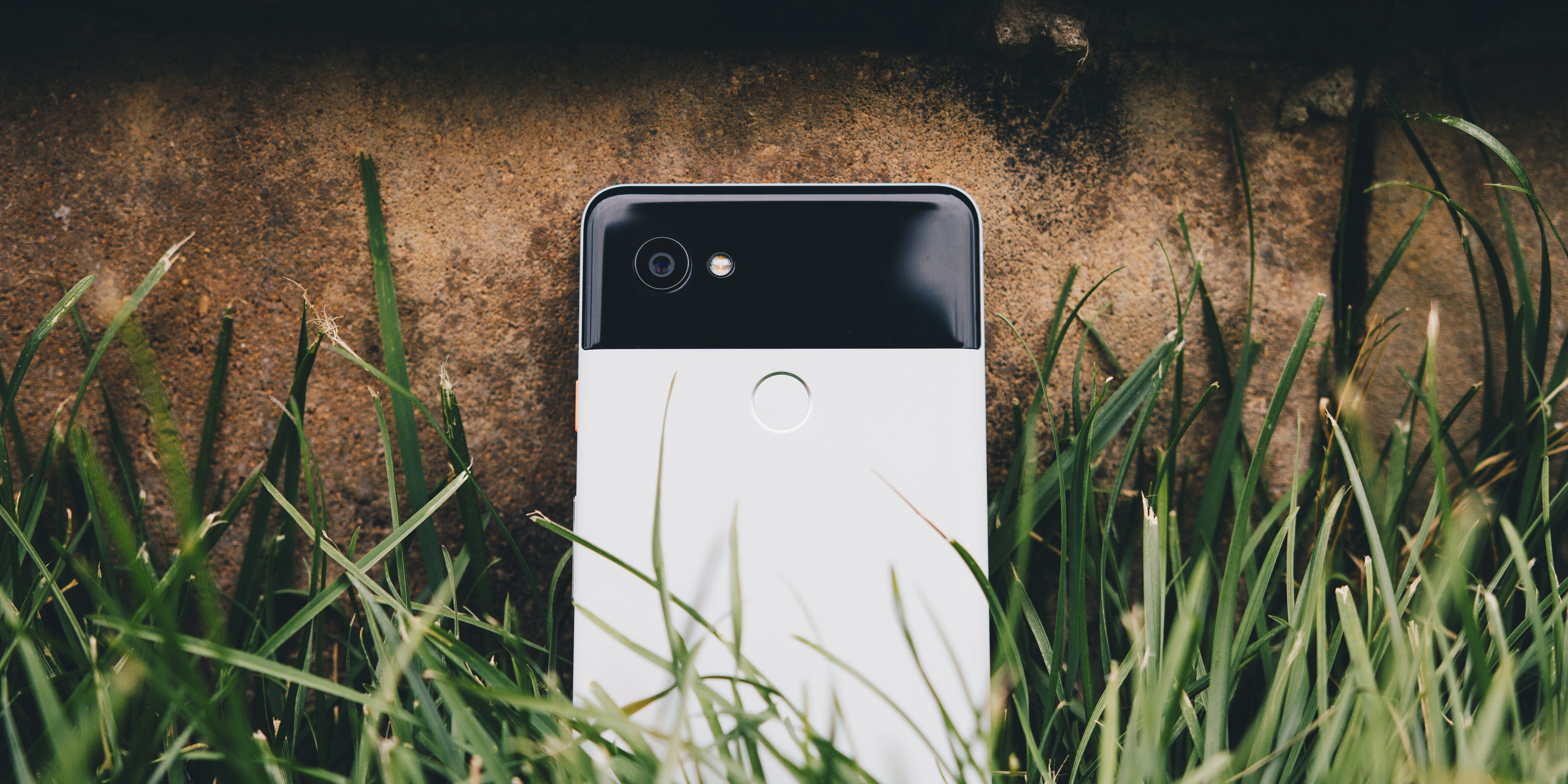 Since the original Pixel, Google has also further capitalized on its photography prowess. The Pixel 2 took a big leap forward in overall quality, the Pixel 3 brought Night Sight along with it, and the Pixel 4 now can shoot the stars and zoom in with stellar clarity. All of that, though, is clearly thanks to the original Pixel which came before it.

Performance is another area Google has continued to improve, but not in the same sense as photography. The original Pixel was a stellar performer, but subsequent models only saw minor improvements. The Pixel 3, unfortunately, even felt like a downgrade compared to the two before it. Now, with Pixel 4, Google’s upgrade to the Snapdragon 855 and 6GB of RAM has made a pretty dramatic difference in performance.

The original Google Pixel owes much of its success to its exclusive agreement with Verizon Wireless in the US, but carrier support was also Google’s Achilles heel. While the unlocked model has supported every carrier, it took until 2019 for Google to finally start selling its phones on every major US carrier, vastly expanding how easy it is for interested buyers to pick up a Pixel.

What Google still has to work on:

Entering its fourth year, there are still a few things Google has to work on with the Pixel lineup. Right now, the biggest among those is battery life. Pixels have never been great when it comes to endurance, but somehow things have only gotten worse over the years. Hopefully, after the inexcusable failure that was the Pixel 4’s battery, Google will get the message that things need to change. 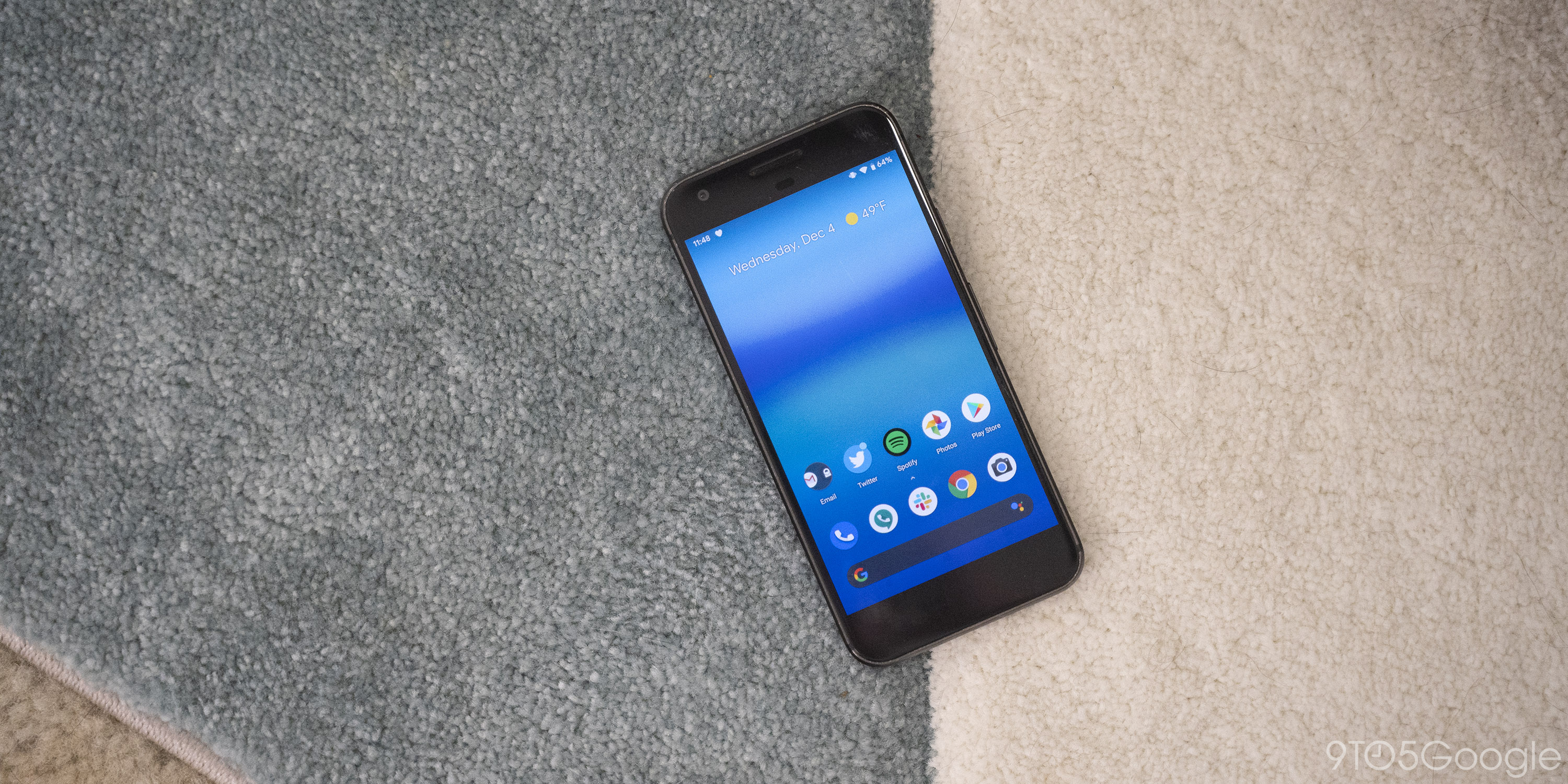 The price of Google’s Pixel smartphones has also increased quite a lot over the years in line with the rest of the market. The original Pixel was $649 but the latest generation costs a whopping $799.

For that higher price, though, Google fails to offer the same bang for your buck than other OEMs manage. Apple has better resale value despite higher prices and Samsung’s devices are a bit more flexible when it comes to features or camera lenses. Plus, Google’s continued sales shortly after launch means you might end up greatly overpaying.

Sticking to a path

The original 2016 Pixel laid a fine foundation for Google to stick to mostly thanks to its camera. As mentioned previously, Google knocked it out of the park with the original Pixel’s camera and people still know the Pixel as the best camera on the market.

The design has since evolved to where it stands with the Pixel 4 series with changes both for good and for bad. The headphone jack disappeared, front-facing speakers came and went, slimmer bezels arrived, a wide-angle selfie camera was briefly part of the picture, and there’s now a telephoto lens too. Sometimes Google’s changes feel somewhat random but they’re all a part of how these phones evolve.

The Google Pixel (2016) was an excellent smartphone that’s created my favorite line of phones year after year since, but Google is still learning how this all works and hopefully, Google’s fifth flagship try will finally nail everything. 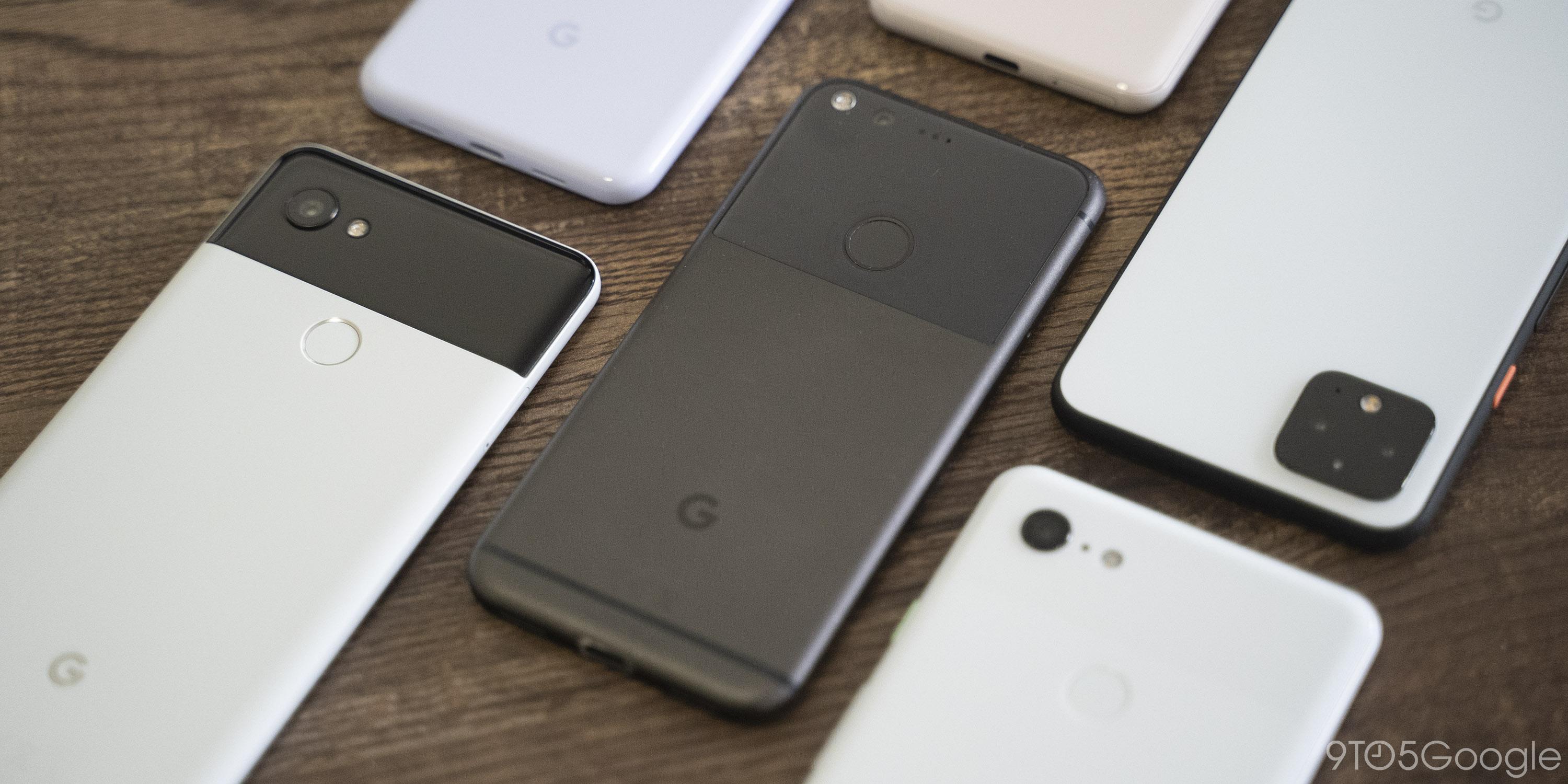