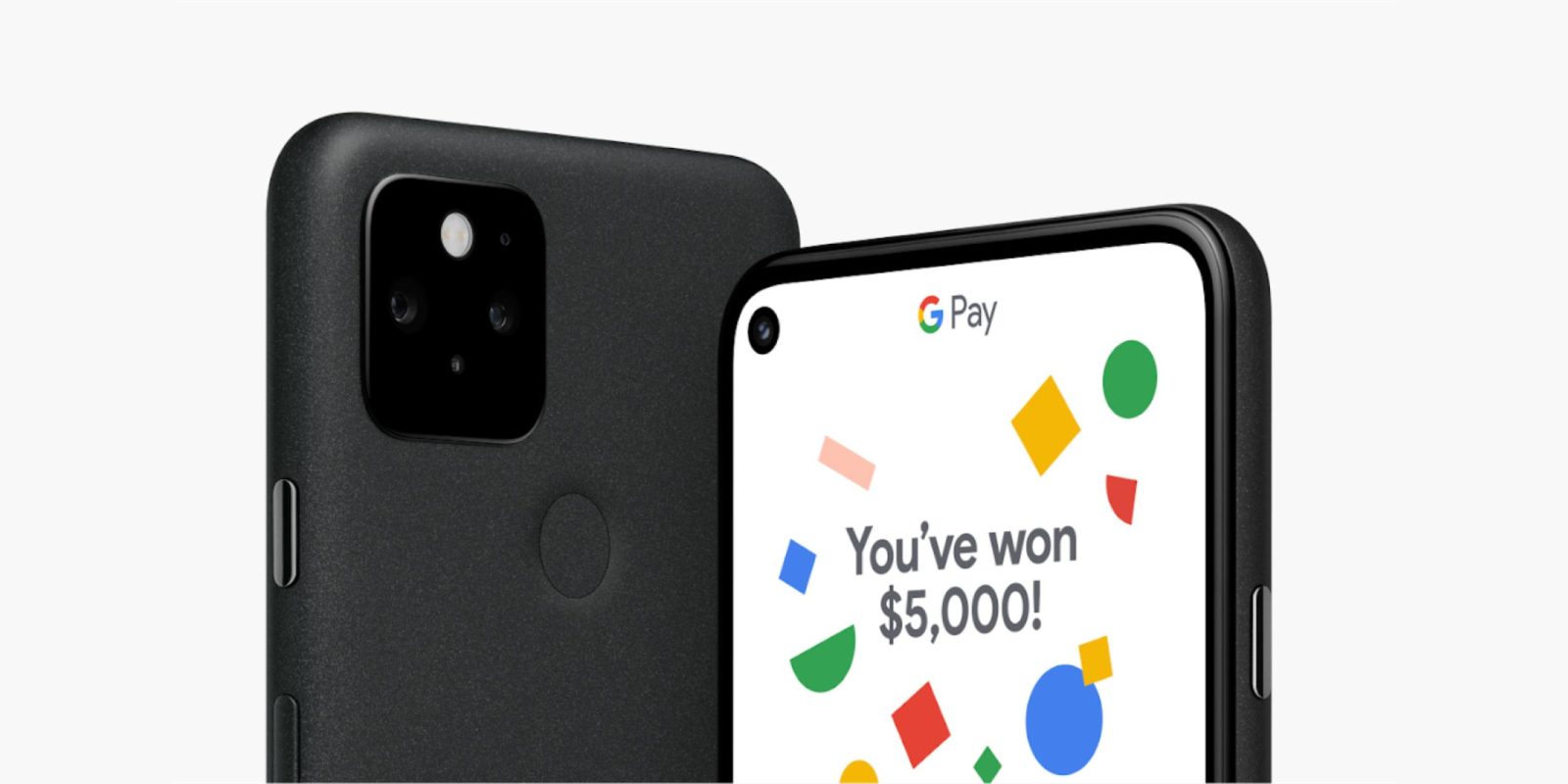 In this week’s top stories: Google runs a “Pixel 5 $5G” sweepstakes, Google One rolls out a VPN for Android, we walk you through how to get some of Google’s older app icons back, and more.

In an effort to drum up more Pixel 5 sales, the Google Store is running a sweepstakes for $5000 Google Pay, which you’re automatically entered in if you buy a Pixel 5 between November 2 and 30. Anyone and everyone else is also, by law, allowed to enter this sweepstakes by mailing in a postcard.

On (or about) December 20th, a random draw will be conducted to determine the winners. Full terms and conditions are available here.

This is a peculiar promotion from Google that will likely coincide with Black Friday at the end of this month. Cross-advertising with Google Pay also makes for an interesting partnership.

Last week, it was announced that Google One would be getting a bundled VPN as an exciting new feature for its higher-tier members. This week, that new VPN began appearing on Android, and we took the time to show exactly how to use Google One’s free VPN protection.

For the time being, there are three requirements to using the Google One VPN for yourself. The first and foremost is that you need to be on Google One’s 2TB storage plan ($9.99 / month) or higher, or be a member of a family Google One plan with 2TB or higher. The other two requirements are that you need an Android device — or Chrome OS device with Android apps support — in the United States. Google plans to expand to other platforms like iOS and Windows as well as to more countries in the coming months.

Over the past month or so, Google has been gradually replacing the icons of their various apps on Android, iOS, and Web, coinciding with the recent rebrand of G Suite to Google Workspace. However, many are not particularly happy about the new icons, as it can often be hard to tell what’s what at a glance. This week, our Ben Schoon compiled a guide to getting back the old icon for many Google apps.

Technically, there’s no official way to go back either. On some platforms, you might be able to revert to older app versions, but that solution won’t last forever and may break certain functions. Luckily, all three major places people use Gmail and other altered products have methods to replace the icons. Here’s how.

Each year, Google somehow manages to improve the camera experience of the Pixel series, be it through different sensors like ultrawide or adjustments in machine learning. Since some of these things can be hard to quantify, some may turn to DxOMark to put a number on the quality of the cameras on a smartphone. This week, DxOMark gave the Google Pixel 5 an overall score of 120.

Unlike in previous years, where a 120-point total camera score would place a Pixel device firmly in the top 10 in DxOMark’s ranking, the Pixel 5 barely scrapes the top 15. This is no doubt due to the lack of a telephoto zoom lens, as DxOMark’s scoring system means a higher average based upon the number of lenses a device has at its disposal. For photos, the Pixel 5 received what seems like an impressive 129-point total.

Lastly, OnePlus has announced a new edition of the OnePlus 8T, currently exclusive to China, that’s made to celebrate the — frequently delayed — launch of Cyberpunk 2077. The real standout feature of this phone is the massively wide camera bump, nearly taking up the full width of the phone. You can check out our full article for more details and a few more angles, but just look at this thing.