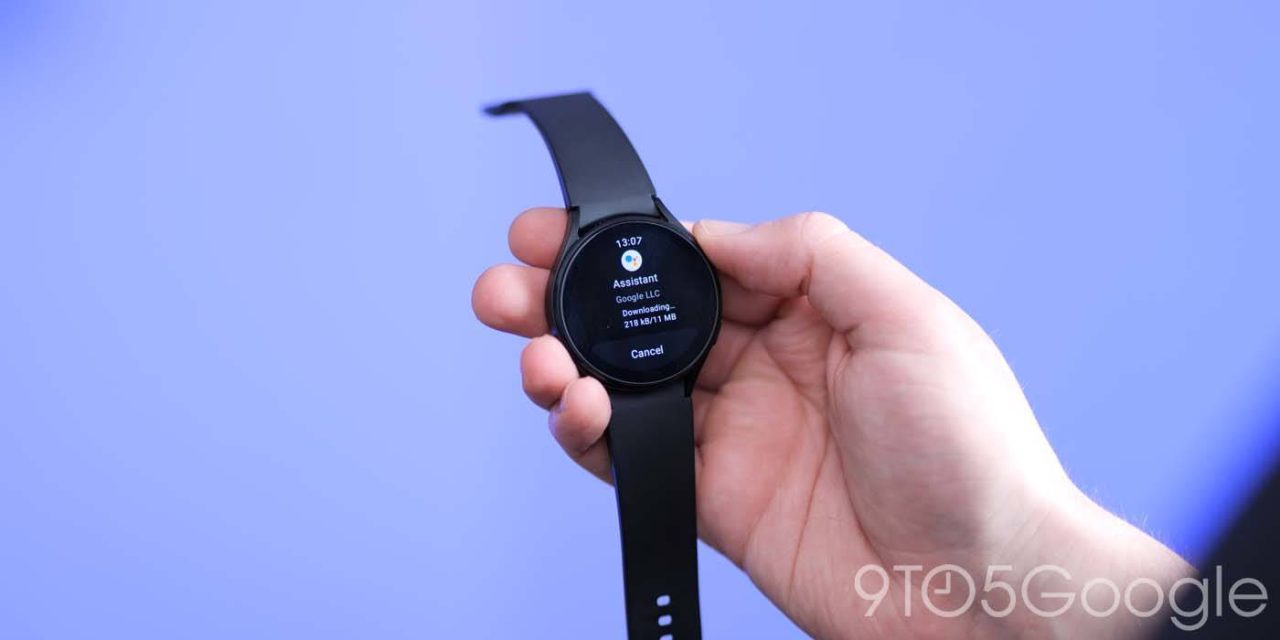 Nine months after its launch, the Galaxy Watch 4 has gained access to the Google Assistant — a core feature available out of the box on every other Wear OS device today. That said, the version of Google Assistant on Wear OS 3 seems to be a major upgrade, with a new UI and faster transcription.

Curiously, Galaxy Watch 4 users are simply asked to update a new “Assistant” app that appears in the Google Play > My apps list. (You can also search for it in the on-watch Play Store.) After downloading the latest version, Google Assistant will appear as a new icon in the app launcher.

Google made waves this week with an AI image generator called Imagen. Using just a few words — or multiple sentences — to describe a scene, one can use Imagen to create an entirely new picture based on the description. The results offer “unprecedented photorealism,” which means Google is currently only allowing limited demos of Imagen. The example images provided are equal parts impressive and humorous.

According to Google AI lead Jeff Dean, AI systems like these “can unlock joint human/computer creativity,” and Imagen is “one direction [the company is] pursuing.” The advancement made by the Google Research, Brain Team on its text-to-image diffusion model is the level of realism. In general, DALL-E 2 is mostly realistic with its output but a deeper look might reveal the artistic licenses made. (For more, be sure to watch this video explainer.)

The latest details of the Pixel Watch, courtesy of public listings from the FCC, show that Google’s smartwatch will be manufactured by Compal Electronics, one of the ODMs responsible for the Apple Watch. We also learn our first details about the charging cable that should be included with the Pixel Watch.

Meanwhile, according to a fourth FCC ID (G943M) from the same day, Compal should also be the manufacturer of the Pixel Watch charging cable. It should be a pretty straightforward magnetic puck, but we learned today that the other end of the Pixel Watch charger will be USB-C. In comparison, the Fitbit Sense and Versa 3, as well as Samsung’s Galaxy Watch 4, still use USB-A. You’ll presumably be able to charge the watch with Battery Share on Pixel 5 and later, but plugging in the cable directly into a phone (or power brick) will also be a possibility this way.

In a new teaser tweet about an “update for Chromecast with Google TV” the company is unfortunately not talking about a system update for the streaming dongle. Instead, the Google Assistant is now able to show your watchlist, if you ask for it.

This new feature allows users to ask Google Assistant to show their Watchlist, one of the tentpoles of Google TV itself. It’s unclear if this feature is exclusive to the Chromecast, as it seems like something that could easily work on other Google TV-equipped streaming devices or TVs. Frankly, it’s a little surprising that this didn’t exist already.

We learned quite a few new details about the Nothing Phone (1) this week. Most notably, the anticipated phone will feature a transparent backplate, matching the Nothing ear (1), and allow for the wireless charging coils to be a major design element. New leaks have also pointed to a release date and pricing for the Nothing Phone (1).