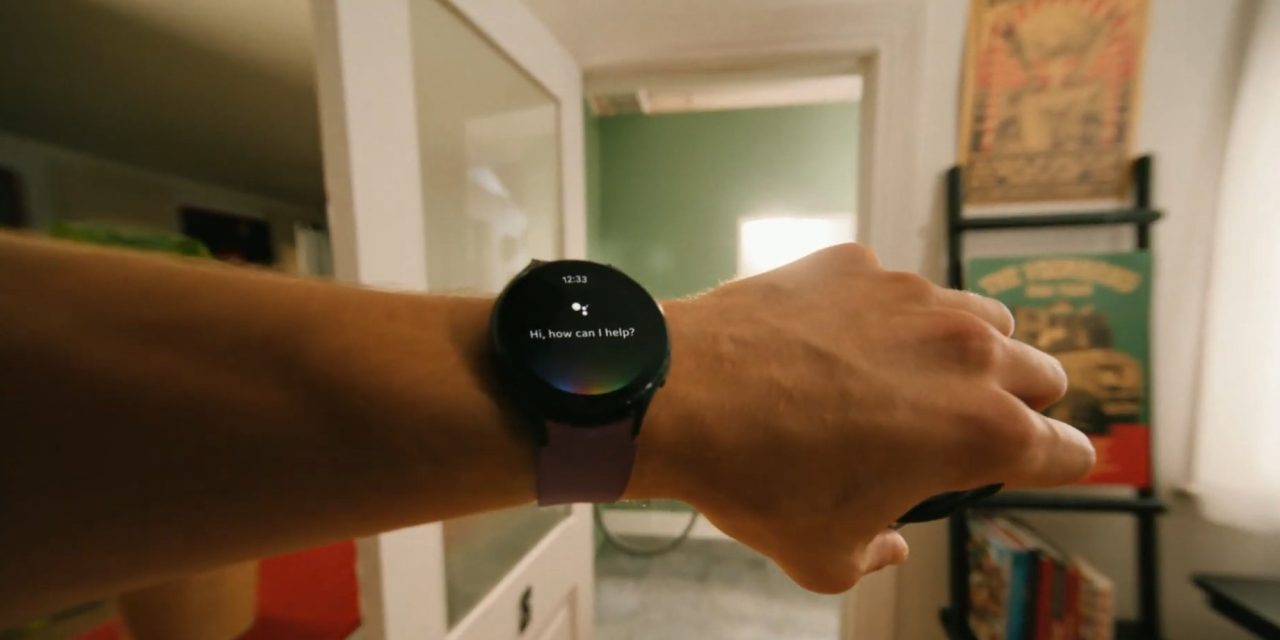 Galaxy Watch 4 owners have been waiting for Google Assistant since Samsung launched the wearable with just Bixby last year, and support is now officially launching today.

Google gave the first official look at Assistant running on Galaxy Watch 4 in February. There’s a new design that takes after the Pixel phone experience. Launching with “Hey Google” opens a fullscreen UI with black background and four-color light bar at the bottom that reacts to voice input.

The Assistant logo also briefly appears with a “Hi, how can I help?” prompt, while the time appears curved at the top. Besides that, the results UI has also been modernized with background blur leveraged throughout.

Compared to what was previously available on Wear OS 2, Google touts “faster than ever response times.” From our brief usage today, voice transcription seems to be processed on-device and appears near instantaneously. Available actions include:

Curiously, Galaxy Watch 4 users are simply asked to update a new “Assistant” app that appears in the Google Play > My apps list. (You can also search for it in the on-watch Play Store.) After downloading the latest version, Google Assistant will appear as a new icon in the app launcher.

Launching prompts you to “Activate Google Assistant on your watch,” with users directed to their phone to complete the fairly lengthy process.

In addition to the app icon and hotword, Assistant can be activated via hardware key: Settings app > Advanced features > Customize keys. It appears under “Double press” or “Press and hold” of the Home key. You can enable/disable “Hey Google” and “Speech output” in Settings > Google > Assistant.

With this launch, Google has finished rolling out all but one of the new/updated first-party apps (YouTube Music, Google Pay, and Maps) announced alongside Wear OS 3 at I/O last year. Fitbit will debut on the Pixel Watch this fall.