Lenovo has now published its financial earnings report for the final quarter of its 2015/16 fiscal year, ending in March. Highlights for the Hong Kong-based company include full year revenue of $44.9 billion, with Q4 revenue of $9.1 billion, which is down 19% on the same quarter last year. On the whole, it was a fairly uneventful quarter, but Lenovo recognizes its bid to bring in Motorola hasn’t gone as smoothly as planned.

END_OF_DOCUMENT_TOKEN_TO_BE_REPLACED

Following a third straight quarterly operating loss in its mobile division, LG’s CEO Cho Juno sent an email out to employees informing them that the company needs “to change the way we work to move faster and lighter”.

In practice, this means moving people out of its mobile division, and on to other divisions where the company has been more successful. The news comes via The Korea Herald, and comes as no surprise.

HTC has published its financial results for Q1 2016 and things continue to look bleak for the once-giant of the smartphone world. The company made a loss of NT $4.8 billion ($148 million) on revenues of NT $14.8 billion ($455 million). Despite that, the company is predicting a strong 2016, thanks to the recent launch of its flagship smartphone and the market-leading Vive VR headset.

LG has said that it expects to announce its best financial results in nearly two years when it unveils its final earnings results for Q1 2016. Thanks to the drop in television panel prices and strong appliance sales, LG will see a 66% year-on-year rise in profits. Its mobile division, however, is struggling to make money. 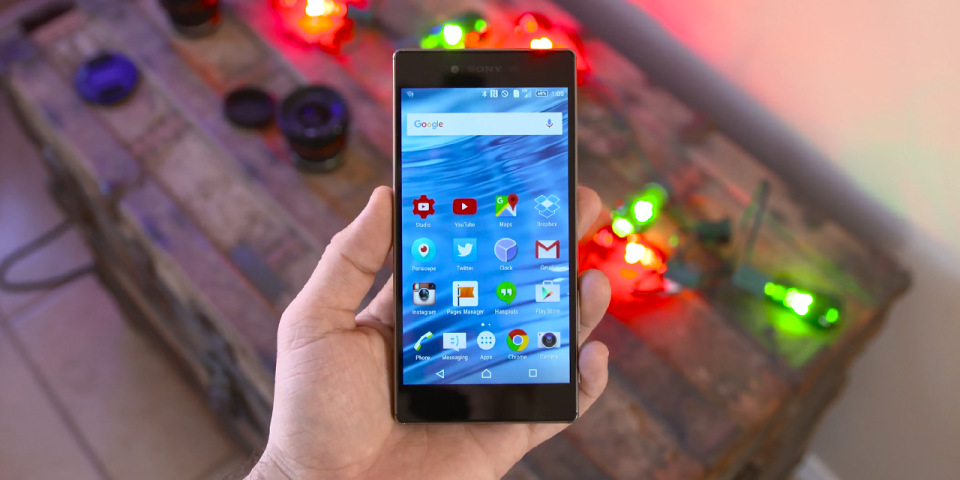 Sony has published full financial results for its third fiscal quarter (Q4 for everyone else), and things are looking pretty flat for the Japanese tech giant. Overall, the company made just over $1 billion USD in profit in the three months ending on December 31, 2015. Sony saw a significant increase in PS4 software sales, and in its motion picture department. Sadly, a substantial decline in smartphone sales means the company as a whole only increased its revenue by 0.5% on the same quarter a year ago…

END_OF_DOCUMENT_TOKEN_TO_BE_REPLACED

LG announced its Q4 2015 earnings this morning and revealed that although the company as a whole saw growth and profitability, the mobile division made a loss. LG made $308 million in Q4 thanks mostly to strong performance from its Home Appliance and Air Solution Company.

Despite LG’s mobile division making a loss of around $39 million, LG managed to sell 15.3 million smartphones globally in the fourth quarter, bringing its total for 2015 up to 59.7 million units. That’s slightly better than 2014, when LG managed to sell 59.1 million smartphones. Sequentially, fourth quarter sales were up 12% on the third quarter, thanks to strong performance in North America, presumably as a result of launching the V10 flagship smartphone and holiday season sales…

END_OF_DOCUMENT_TOKEN_TO_BE_REPLACED

Save $1,500 on Samsung’s The Premiere 4K UST Smart Laser Projector in return to low of …

Beyerdynamic Xelento Remote 2nd Gen Review: What does $1,000 get you? [Video]

Samsung has issued its earnings guidance for the fourth quarter of 2015, and things look to be heading in the right direction, albeit slowly. Samsung estimates that its profit for the quarter reached 6.1 trillion Korean Won, or roughly $5.1 billion US Dollars. That was based on estimated sales worth 53.0 trillion Korean Won ($44B USD).

While other Android smartphone makers are struggling to make any progress financially, Samsung’s Q4 estimates (if accurate) will see them beat last year’s final quarter profits by 0.8 trillion Korean Won, or approximately $666 million USD. That’s an increase of 15% year-on-year.

If anything, it shows that Samsung’s 2015 focus on creating fewer, but higher quality handsets is working. A big part of that focus was moving away from the plastic flagships of the past to make solid, glass and metal handsets with market-leading specifications.

Rather unusually, however, Samsung did see a quarter-on-quarter drop from Q3 2015, in which it made 7.4 trillion Korean Won. Holiday sales are usually stronger than any other quarter for most tech companies, so Samsung may be a little worried to see the 18% drop from Q3 even if Q4 was an improvement on the same quarter in 2014. One explanation, of course, is that Samsung released its last high-end flagship smartphone right in the middle of Q3, while many other competitors waited until October/November.

As 2016 rolls in, the competitive landscape is only going to get tougher for Samsung. Companies like Huawei and Xiaomi are expected to renew their focus on markets where Samsung is normally very strong. And, if Huawei’s 2015 performance is anything to go by, Samsung should definitely be keeping an eye over its shoulder. 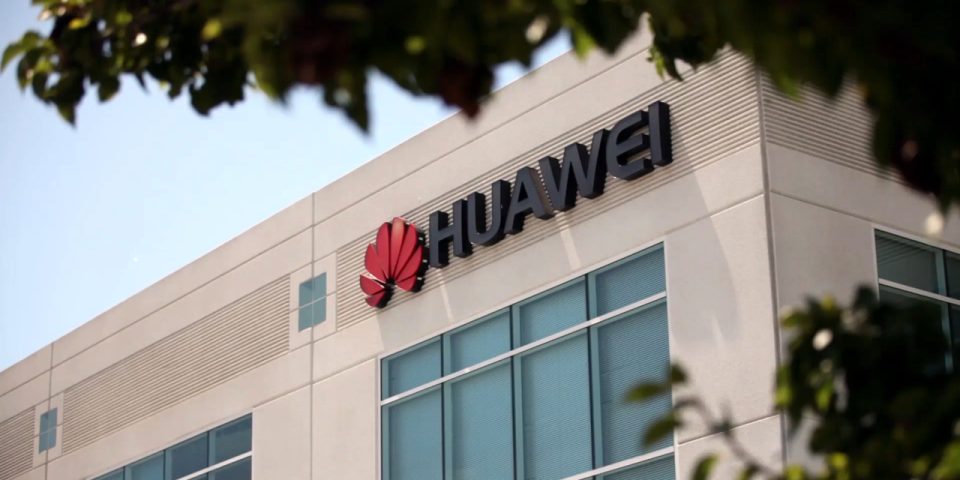 Following some very strong quarterly results, Huawei today revealed that 2015 was a resounding success. Although it was a little light on details, the company (as reported by WSJ) saw its full-year revenue for 2015 rise to 390 billion yuan (roughly $60.1 billion USD). That’s up more than 35% on the full calendar year previous…

END_OF_DOCUMENT_TOKEN_TO_BE_REPLACED

Lenovo suffers Q2 loss, no thanks to smartphone sales and Motorola acquisition

Despite a 16% year-on-year growth of revenue to $12.2 billion, Lenovo has just announced its first quarterly loss in six years. In its fiscal Q2 earnings results, the manufacturer blames both the competitive nature of the smartphone market and the restructure following its finalized Motorola acquisition for its losses.

Before tax, Lenovo lost around $324 million on unsold smartphone inventory and $599 million to “restructuring costs”.

The official HKFRS losses were driven by the realignment plans Lenovo disclosed during its Q1 results, including worldwide expense reduction actions across all businesses, the integration of the System x Business, the organization and brand alignment of Motorola and the Lenovo Mobile Business Group and clearance of smartphone inventory.

It’s not entirely bad news for Lenovo though. The addition of the Motorola brand has meant the company saw a year-on-year sales increase of 104% of in its Mobile Business Group. It sold $2.7 billion worth of smartphones, Android tablets and TVs. $1.4 billion of those were Motorola sales. Most of this growth is down to sales outside of China. Across the first two quarters of its financial year, 70 percent of its mobile products were purchased outside Chinese borders. This time last year, that figure was just 19 percent.

Unlike the rest of the tablet industry, Lenovo’s sales actually grew, selling 18.8 million units, up 11 percent from last year.

Despite making a loss last quarter, Lenovo is convinced that the mobile division will return to money making ways after the next couple of quarters. With the rise of competitive and affordable products from other brands, it’ll be a tough challenge. But, with the likes of the Moto G, Moto X and new DROIDs in its lineup, the company certainly has the hardware to compete. What’s more, it just opened its very first boutique retail store in Chicago to help boost high street presence.

Elon Musk tells Biden Tesla is opening its Supercharger network, but how?

Ram teases electric truck a month ahead of debut, giving a glimpse into the ‘future of…

Google’s focus on building its presence the Chinese market shows no sign of letting up. Mobvoi, a Chinese company which develops advanced, natural voice detection and AI-based technology, announced this morning that Google has taken a minority stake in the company. Although the exact amount Google invested wasn’t disclosed, Mobvoi will retain a controlling stake…

END_OF_DOCUMENT_TOKEN_TO_BE_REPLACED

Sony just posted its latest quarterly results for 2015. The company’s net profit rose to ¥82.4 billion (roughly $664 USD), way above what any analysts expected. Sadly for Xperia fans however, this was all despite its smartphone sales, not because of them.

Sony’s strongest performing category was the PS4 division which saw a 12.1% increase in sales to ¥288.6 billion ($2.3 billion USD) after selling three million PS4 units, and increasing software and peripheral sales. Its other strong performer was the camera sensor division. Sony sells its mobile camera sensors to a number of companies, including Apple, Motorola and Samsung among many, many others. From camera sensor sales alone, Sony pulled in ¥237.9 billion ($2 billion USD).

What if I told you a decade ago that Sony's claim to fame would one day be cameras http://t.co/9AzVjUHhFf pic.twitter.com/1gndOg6GNr

Sales across the company however are almost flat year-on-year, mostly thanks to the faltering smartphone sales. Sony’s mobile division saw sales drop 16.3%, but this isn’t entirely surprising. The once-popular manufacturer has openly stated that it will focus on a smaller group of handsets with healthy margins. Although this leads to less revenue in the short run, profit margins should increase in the long term, if the company balances the marketing strategies suitably.

Sales decreased 16.3% year-on-year (an 18% decrease on a constant currency basis) to 280.5 billion yen (2,299 million U.S. dollars). This decrease was due to a significant decrease in smartphone unit sales resulting from a strategic decision not to pursue scale in order to improve profitability

Sony also saw declines in its Sony Pictures’ sales and its home entertainment (TV and AV gear) division. They saw decreases of 11.9% and 13.8% respectively.

We’re just minutes until the the market opens for the day and Google has already started on a high. Following its strong Q2 financials (announced yesterday), GOOG has shot up in after-hours trading and is up around 13% on yesterday. Last night it announced revenue of $17.7 billion — up 11% YoY — and net income of $3.93 billion.

Seems Wall Street is happy with the results from Q2 leading to a surge in trading after hours, pushing its stock price up past $650. If pre-market numbers are any indication, once the market opens for trading, GOOG should be at its highest point ever. Before now, it’s previous high was set in February last year when it reached $607.

“Our strong Q2 results reflect continued growth across the breadth of our products, most notably core search, where mobile stood out, as well as YouTube and programmatic advertising. We are focused every day on developing big new opportunities across a wide range of businesses. We will do so with great care regarding resource allocation.”

With Google’s steady rise on the stock market, it’s hard to see the company failing any time soon. Let’s hope there are many more strong quarters in store.