Google Keep gets a Material redesign on the web, link previews, and new list features

The last major update to Google Keep in April added a Chrome extension to easily save and add notes to links. An update today adds link previews, duplication prevention, and autocomplete when adding list items. The Keep site is also getting a significant refresh that matches Google’s other web apps.

END_OF_DOCUMENT_TOKEN_TO_BE_REPLACED

Update: The Android app is receiving a similar update that allows users to add notes right from the Share menu. Additionally, hashtags in notes now act as labels.

Google Keep started out as a basic, cross platform note taking app with reminders and has slowly gained more features like image uploading, advanced search, and drawing. An update today adds a new Chrome extension that allows users to easily save and markup web pages and images.

Google Keep was announced as a minimalist note taking and reminders app in 2013. An update to the service today finally adds a unified settings panel on the web and in the Android app.

Ditch your cloud storage subscription with up to 85% off pCloud lifetime 500GB, 2 or 10TB… 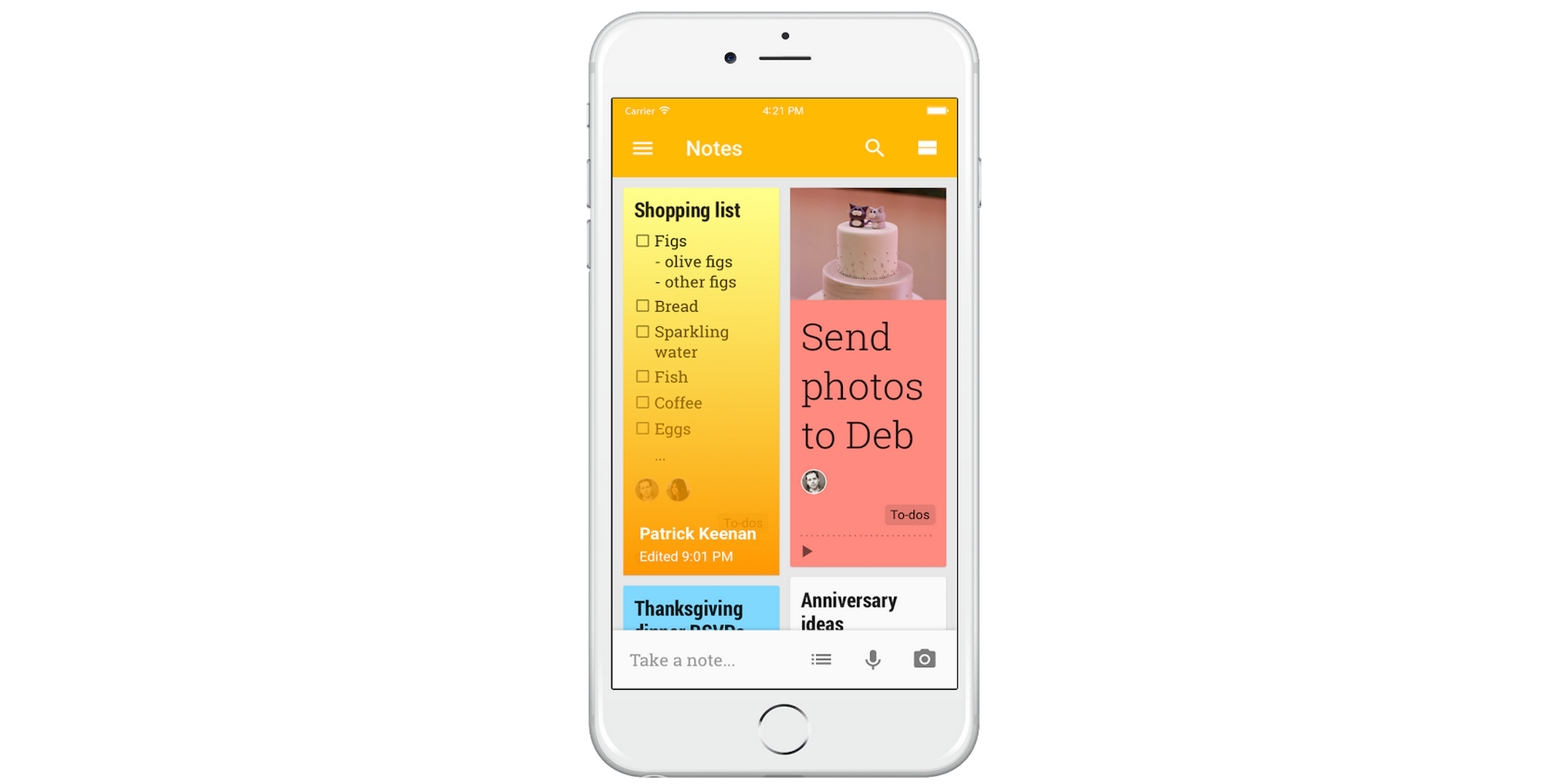 Google today announced that it’s bringing its Google Keep note taking app to iPhone and iPad for the first time after originally releasing only for web and Android users a couple years back. END_OF_DOCUMENT_TOKEN_TO_BE_REPLACED

Evernote, which previously offered only a free Basic membership or a $50/year Premium one, has now added a middle tier. The new Evernote Plus subscription offers many of the premium features for half-price, at $25/year. The catch? Limits to the amount of data you can add to Evernote.

Evernote Plus limits you to 1GB/month total, a maximum note size of 50MB and no more than 250 emails per month – and you’ll be missing out on a few features, like the ability to search inside PDFs and Office documents. The full comparison chart can be found here.

Evernote has also increased Premium prices in some regions, including the U.S. if you pay monthly, up to $5.99/month. However, the company says that it has locked in existing pricing for current subscribers.

If you’re currently paying and the price of Premium went up in your region, then we’ve locked you into your rate for a year, or more. As long as you continue in your current plan, your price will adjust at your first renewal after April 29, 2016.

Finally, some regions have seen a price fall, and the company’s FAQ explains how to switch to the lower price.

While we have yet to get all the official details from Google, we get hints at a new feature today that could be headed to Google Drive via leaks from the Drive source code discovered by 1E100. Within Drive’s source code are hints at a new service dubbed “Google Keep,” including links to a new icon for the service, an Android app, and at one point the Google Keep web app itself. Google has since removed the evidence, but our friends over at Android Police were able to capture the screenshots above before Keep was taken down.

There is some evidence that the app would include Evernote-like functionality, with one screenshot revealing an “Add to Keep” function for webpages. The app otherwise appears to provide functionality with color-coded notes, the ability to add and save pictures, create lists, share, etc.

The app could also launch as a standalone Android app, because 1E100 discovered http://g.co/keep redirects to https://play.google.com/store/apps/details?id=com.google.android.keep. We’ll keep you posted if we hear anything official from Google about Keep.

A few more screenshots below:

END_OF_DOCUMENT_TOKEN_TO_BE_REPLACED

Tesla adds another recall to a ‘Total Recall’ year