Friday 5: Everything you wanted to know about my phone [Video] 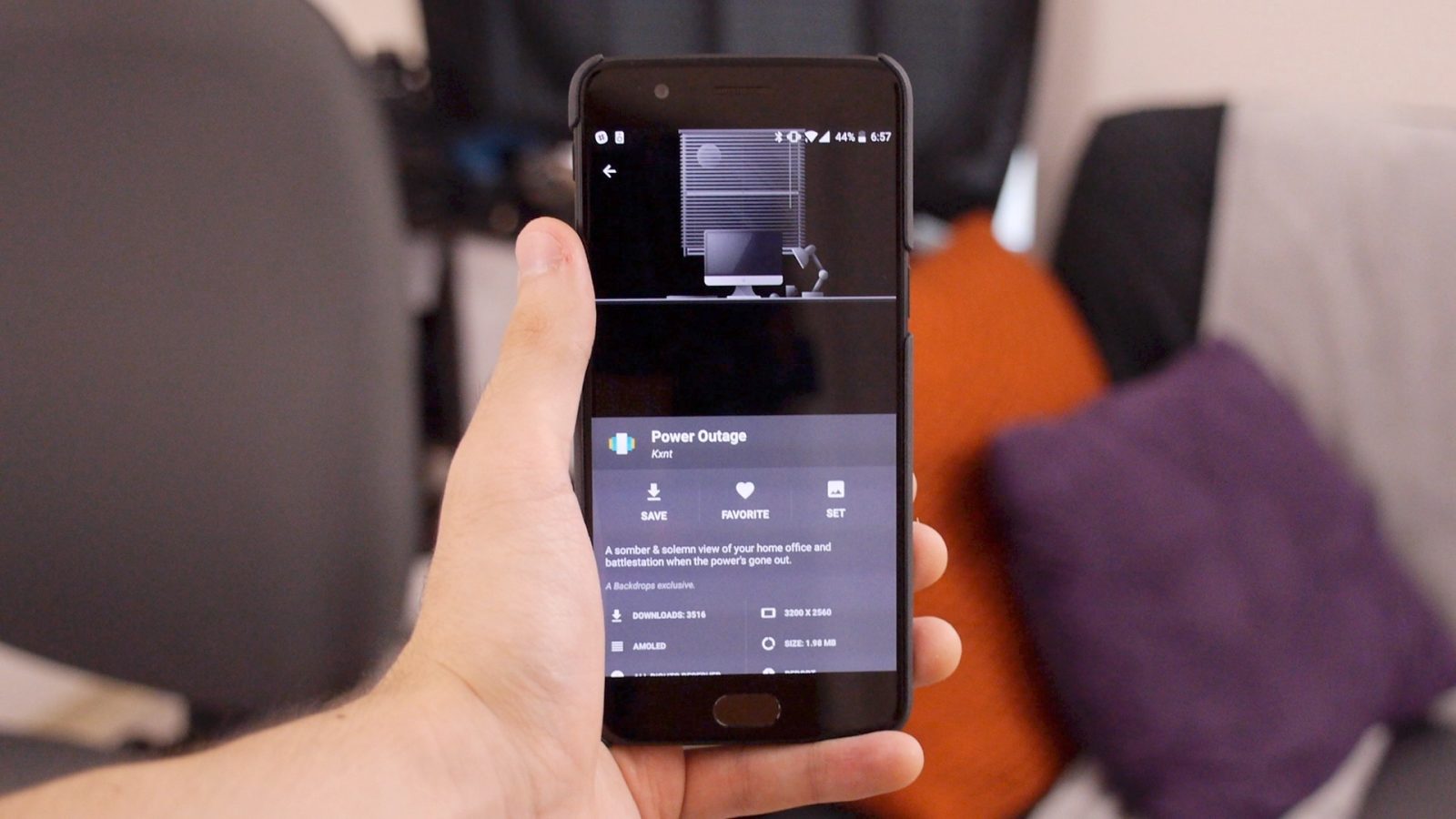 A lot of you have been asking the same questions in the comments of our videos lately. Some have asked about cases, some about widgets… In fact, I’ve answered so many questions about my wallpaper since the last time I changed it that some commenters are even starting to answer others for me, which has been great, and kind of hilarious.

In response, this week’s Friday 5 was made to serve as a sort of blanket answer for the most common questions we see,

By far, the most frequently asked question in almost every video I’ve uploaded as of late has been “what’s your wallpaper?” I’ve been using Power Outage by Kxnt for a little while now, featuring an iMac on a desk sitting in front of a window, with the moon peeking through partially opened shades. It seems to perfectly depict my typical night, and the pitch black background makes use of the battery saving capabilities of AMOLED.

Power Outage is an exclusive to the AMOLED collection in the app Backdrops, which offers hundreds of high-res wallpapers from different artists. They’re constantly adding new wallpapers, and you can bookmark your favorites and sync them across devices with your Google account.

I’m not big on full month view calendars; it’s hard for me visualize exactly what I have going on each day when every event is just a dot within one of between 28 and 31 blocks. Agenda lists are far more useful to me, and my go-to for years has been Today Calendar.

You can choose a full calendar if that happens to be your preference, but either way you get a gorgeous widget for your home screen, with plenty of customization for changing colors, event sizes, calendars to display, and so on.

I try to avoid using third-party launchers while reviewing a phone, but once the review period is over, I’ll usually install Action Launcher right away. It’s my favorite launcher for a number of reasons; I love Action Launcher’s Cover system, as well as the slide-out panel to the right of my home screen that holds widgets and apps without requiring a second home screen — and yes, I’m that minimal jerkwad that only uses one home screen.

Once I find something I like, I tend to get pretty comfortable with just sticking with it – at least as far as software is concerned. For custom icons, I’ve been using Merus for years. I love the uniformity I get out of making all of my icons circular, and Merus doesn’t do much otherwise to change the original design.

It’s hard to have a “daily driver” when your job by nature requires you to switch devices on a near-weekly basis, but for the past month or so I’ve kept coming back to the OnePlus 5. I know, it’s seen more than a little controversy (so much so that I could hyperlink each of those words to a different issue), but for reasons I’ve mentioned before, I like it even better than the Galaxy S8 I carried before it.