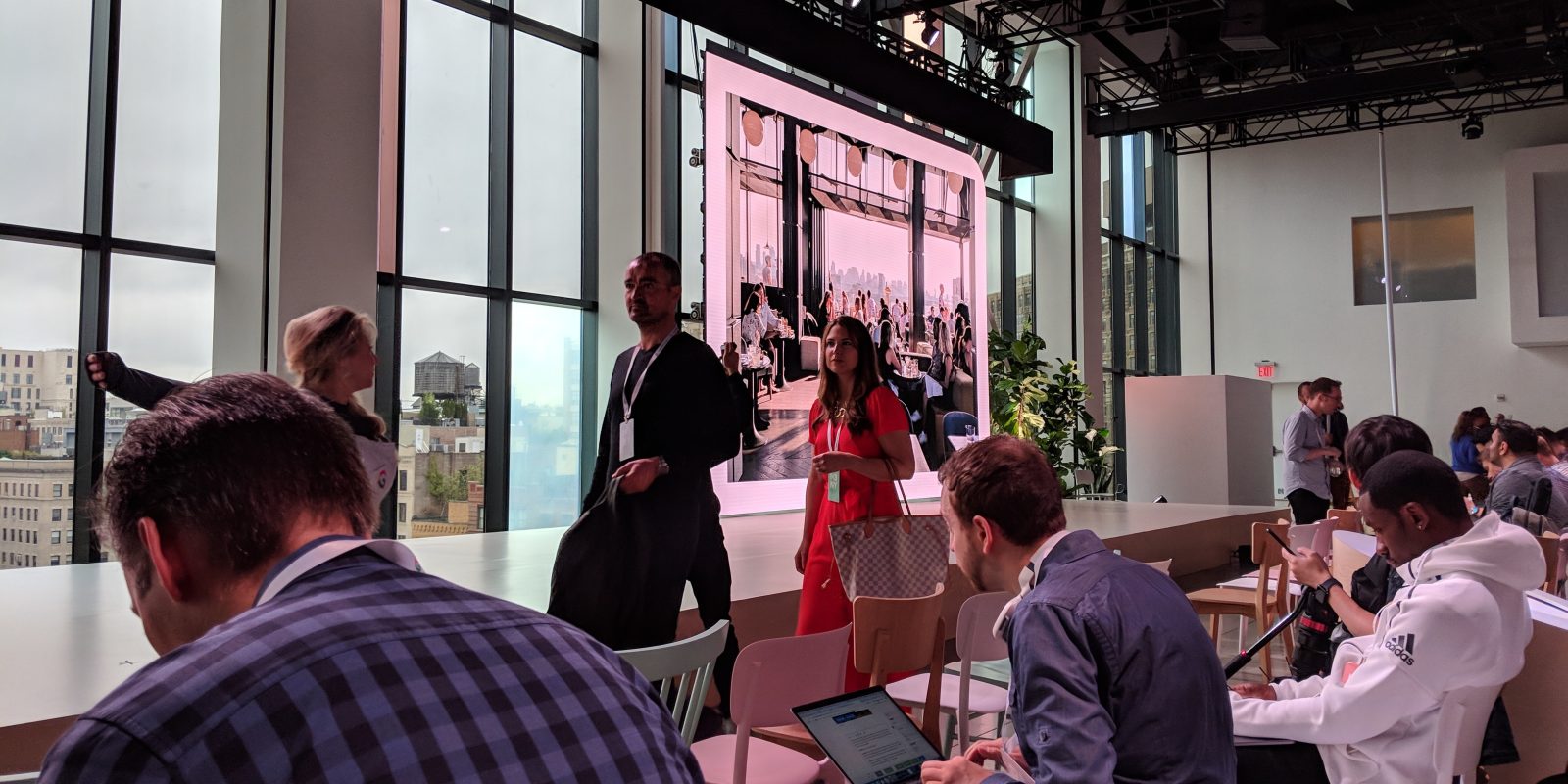 It’s October 9th and Made by Google 2018 has finally arrived. 9to5Google’s Google Event Live Blog + News Hub will be updated regularly throughout the day with the latest announcements from Google. The event kicks off at 11 am ET/8 am PT, so read on for quick links to our roundup coverage over the last few weeks, tweets from the ground, and all the latest news as it develops…

TL;DR the Made by Google YouTube channel will stream the entire event live, and the announcements start at 8AM PST / 11AM EST / 3PM GMT. Google is also streaming the event on Twitter.

And more to come! Check out the homepage for the latest…

— Google is selling and detailing the wired USB-C headphones, lots of new accessories, pricing, and more details all over at the newly-redesigned Google Store.

— Seems like things are wrapping up. Google is showing us a short film shot entirely on a Pixel 3.

— Pixel Stand is exactly what we thought it was.

— You’ll never have to talk to a telemarketer ever again with a new Pixel 3 and 3 XL feature.

— Lots more Pixel 3 and 3 XL photo features that they couldn’t detail in the keynote.

Introducing the new Pixel 3 and Pixel 3XL: designed from the inside out to be the smartest, most helpful device in your life. #madebygoogle pic.twitter.com/GpZTkvCGHA

— And now they are talking about phones!

— Google Pixel Slate section is wrapping up. We’ve got ALL the juicy details over at our announcement post.

— Google detailing Pixel Slate… but we already know most things.

— Google is detailing how easy it is for Hub to set up, manage, and control all your smart devices.

— Now Google detailing Google Home first. Nothing really all that surprising here. Except the colors! They are beautiful! I love them.

— Wow, that was fast. Everything announced in a span of about 10 minutes.

— “72% of users are concerned with how much they’re using their tech,” Osterloh says. “We care too.”

— Osterloh talking about AI and photos. Says we’ll see that in a lot of products today. “I say this every year, but the breakthroughs you’re going to see are not in hardware alone. They’re at the intersection of hardware, software and AI, working together.”

— Talking about how Pixel camera is so great. Pixel 2 XL is still best even with a year of great phones.

— Rick just name-dropped Duplex… no sign of anything new today though.

— Google has some REALLY nice promotional images and marketing images showing on a large projected display in the middle of the room,

— Here are some photos.

— Event starts with the cringey promo video about leaks from yesterday.

— Google already published the promo video. All secrets out.

— 10 minutes out from event start!

— The news is already streaming in. Google’s AR Stickers have officially been renamed to Playground… and Google Pixel 2 XL has been dropped to $750 on Project Fi. Google Store probably coming!

— The venue is really nice and modern. Located on the 6th floor of Spring Studios… hands on will be on the 5th floor after the event! See shots below.

We are in!!! #madebygoogle pic.twitter.com/ff9Kznaby6

Going into the venue! #madebygoogle pic.twitter.com/F4EvuBXIot

Up and at 'em, #madebygoogle. We'll be live from New York right here at 11 a.m. ET. pic.twitter.com/46HiD0dOjD

Google people are in their usual white overalls! (No snow caps this time as far as I can tell.) pic.twitter.com/yU7GtDoL2t

We are here! Doors open in an hour… pic.twitter.com/UFB0v40djF

— Headed out for the event venue… stay tuned for more.

— Another fun read for you this morning, which was insanely updated with 3 more leaks last night: my comprehensive list of Every single Google Pixel 3 and Pixel 3 XL render and photo leak, in chronological order.

— In case you missed it, we had a last-minute exclusive overview of what new camera features to expect with the Pixel 3 and 3 XL, so be sure to check that out.