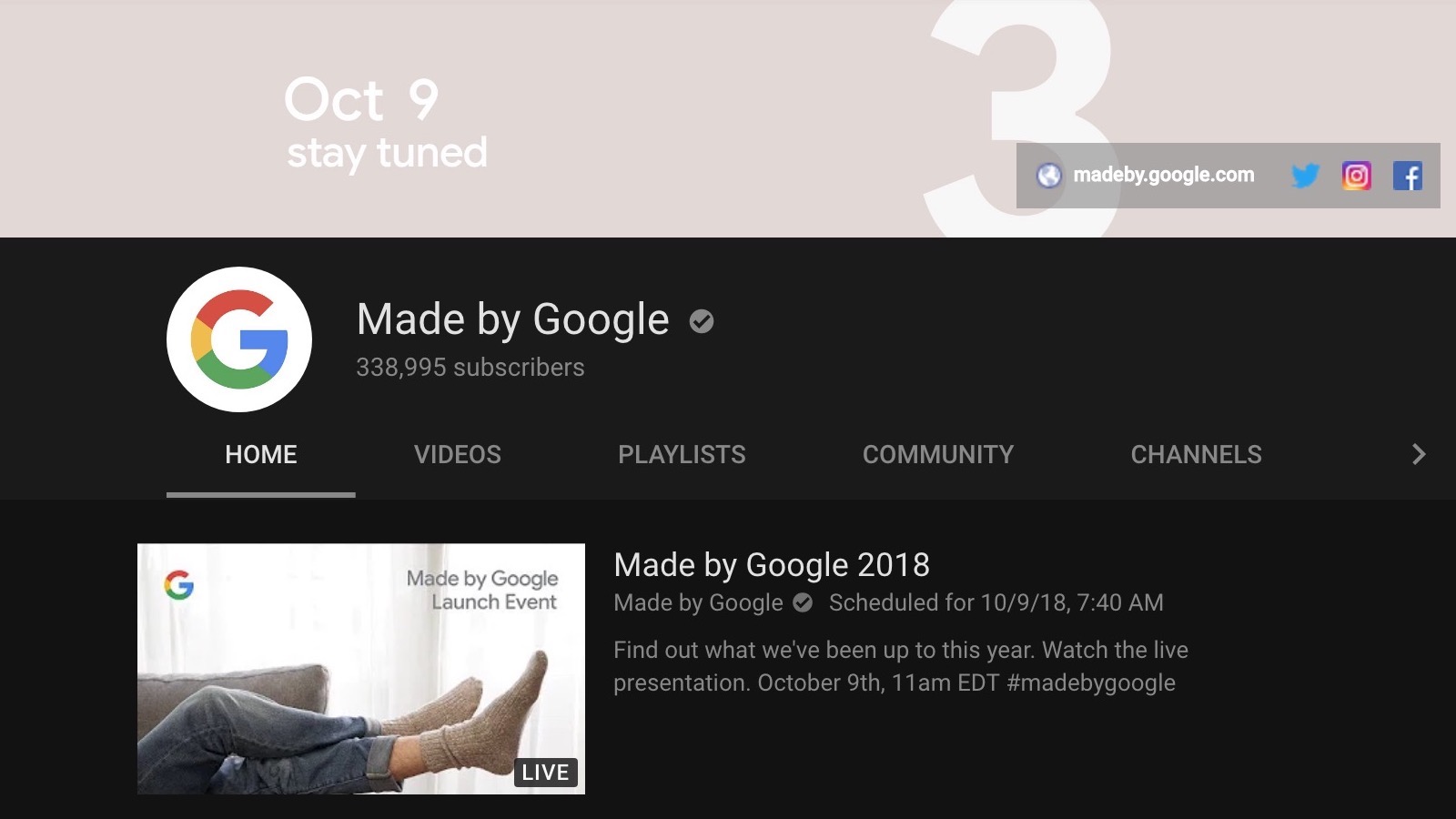 After several months of continuous leaks, Google is finally set to unveil the Pixel 3, Google Home Hub, Pixel Slate, and more. Made by Google 2018 kicks off at 11AM EST on October 9th and here’s is how to tune in to the livestream.

Like in 2016 and 2017, the Made by Google YouTube channel will stream the entire event live. Heading over to the video page now will let users sign up for a reminder when the announcement starts at 8AM PST / 11AM EST / 3PM GMT.

Notably, the entire channel has been updated with a pink/sand banner that’s a possible nod to one of the rumored color variants of the Pixel 3. It notes the date, “stay tuned,” and the “3” that we’ve seen again and again.

The stream officially starts at 10:40AM, with Google likely populating it will chill music till the keynote. Meanwhile, if you want a more live audience, Google is also streaming the event on Twitter. Watching on that social media network features a stream of live tweets underneath the video on the web.

The Pixel 3 and Pixel 3 XL are expected to debut at the Tuesday event, along with the Google Home Hub and a refreshed 3rd-generation Chromecast with improved Wi-Fi and Bluetooth. A Chrome OS-powered Pixel Slate is rumored, while a Pixelbook 2 is also expected. Lastly, Google could also unveil new Assistant Pixel Buds.

9to5Google will be live from New York City and London to cover all the news and provide hand-ons with the latest and greatest Made by Google 2018 products.

Update: After months of leaks, including last-minute reveals about the Pixel Slate and Pixel 3 carrier and international availability, Made by Google 2018 is kicking off in a matter of hours. Just last night, we detailed the phone’s AI-powered camera features. The YouTube livestream should go live 20 minutes before the keynote starts.