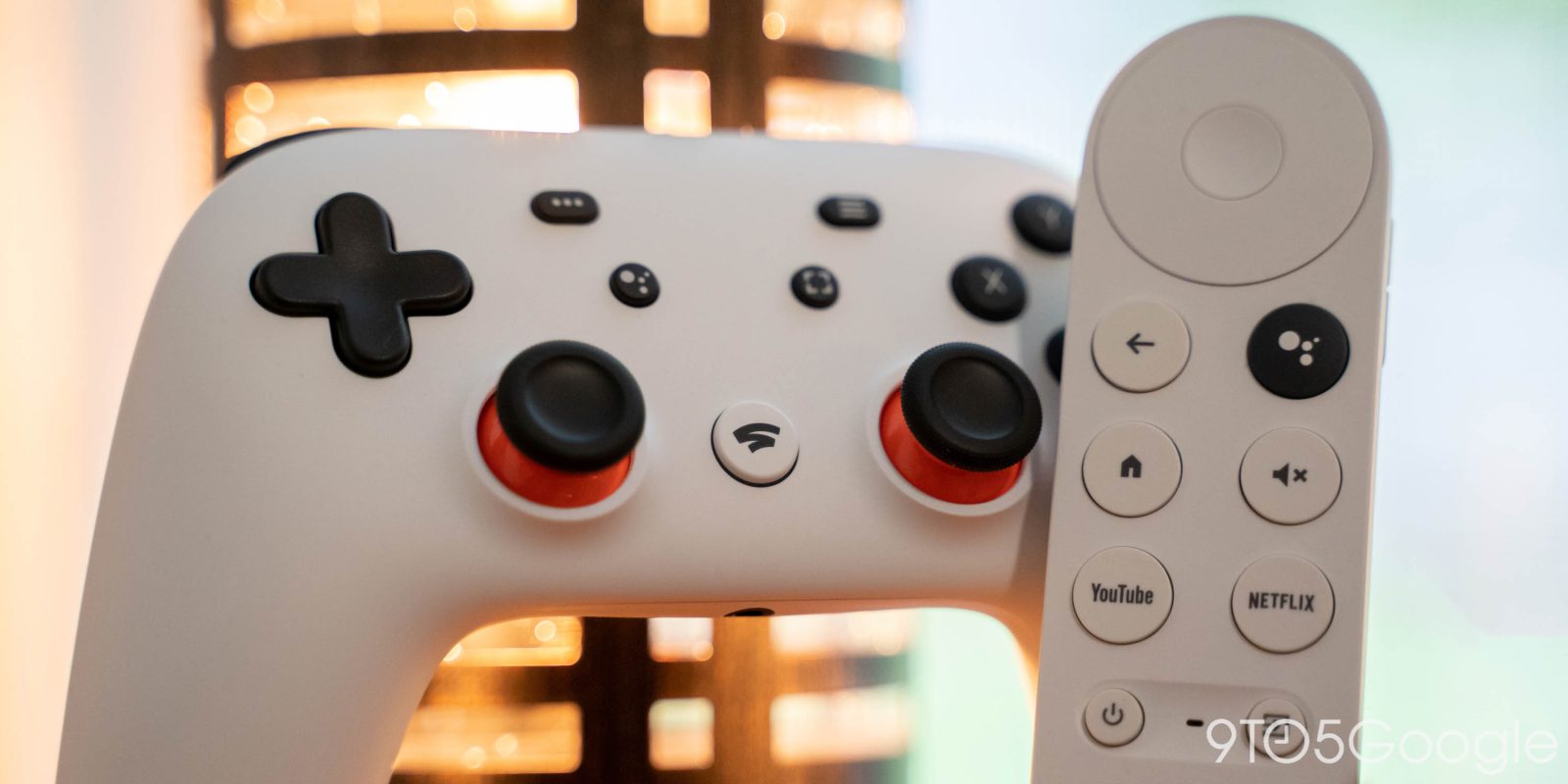 When the new Chromecast with Google TV launched in late 2020, the product came with the promise that Google Stadia would be supported sometime in the first half of 2021. That deadline is just six weeks away at this point, so the clock is certainly ticking for Google to take action. Let’s take a look at where things stand.

For months now, users have had the ability to sideload the Stadia app on Android TV devices and play. That functionality has worked since June of 2020 with a Bluetooth controller as well as a Stadia Controller, albeit the latter only with some quirky, unstable methods. 4K HDR is even supported. Games usually play just fine, though results vary greatly from user to user. I’ve had long sessions that went off without a hitch and short sessions that were basically unplayable.

In September of last year, just days before the Chromecast was officially revealed, we took another look at Stadia’s performance on Android TV, calling it “nowhere near ready for launch.” Almost eight months later, the story hasn’t really changed. The app’s performance is still a disaster, and UI issues plague the experience. Despite several updates rolling out in between, nothing has changed on the surface to show that we’re getting closer to an official launch.

This could be purposeful on Google’s part, of course. Last year, the since-departed John Justice said that Stadia would be playing things a bit closer to the chest, and it’s only logical that this would include keeping major changes behind lock and key.

Google is clearly working on this experience

While performance today is still downright awful, there are some bright spots. Through the teardowns done by our vigilant Kyle Bradshaw, we know that the cogs are still moving when it comes to Google TV/Android TV support of Stadia. There are some key examples.

There’s also the recently-discovered “Bridge” mode. This would allow a user to use their smartphone, probably with a connected controller, to connect to a Stadia session on the TV. There’s no clear evidence that links this to Android TV/Google TV, but it stands to reason that a feature like this would be a bit easier to pull off if both devices were running the same app.

Could there be another solution?

Despite all the behind-the-scenes work, though, nothing has really changed on the user’s side. Again, that could be on purpose. However, it also hints that there might just be another piece to the puzzle.

Backing that up, there was a teardown we performed in March of this year. That was another place where “Android TV” was explicitly mentioned within the code for the Stadia app that’s currently available for Android smartphones. Strings in the app explicitly said that users should “Install the Android TV App.” If it was Google’s intention for the Stadia app for phones to be the same one we see on TVs, that mention makes very little sense. There’s a very good chance this points to a separate Stadia app being made available for TVs like the Chromecast with Google TV. So far, though, there’s no concrete proof of that.

When will Stadia arrive on the new Chromecast?

Google committed to bringing Stadia to Chromecast with Google TV sometime in the first half of 2021. That’s roughly six weeks from today. Google hasn’t explicitly backed down from that original timeline, but one recent tweet did leave room for doubt as the Stadia account said service would arrive on Chromecast and LG TVs “this year.”

Thankfully, Google confirmed to 9to5Google today that Stadia is still committed to its original timeline for the Chromecast. Support is still coming during the first half of this year. Notably, though, fans of the platform shouldn’t expect support to be announced at Google I/O next week.