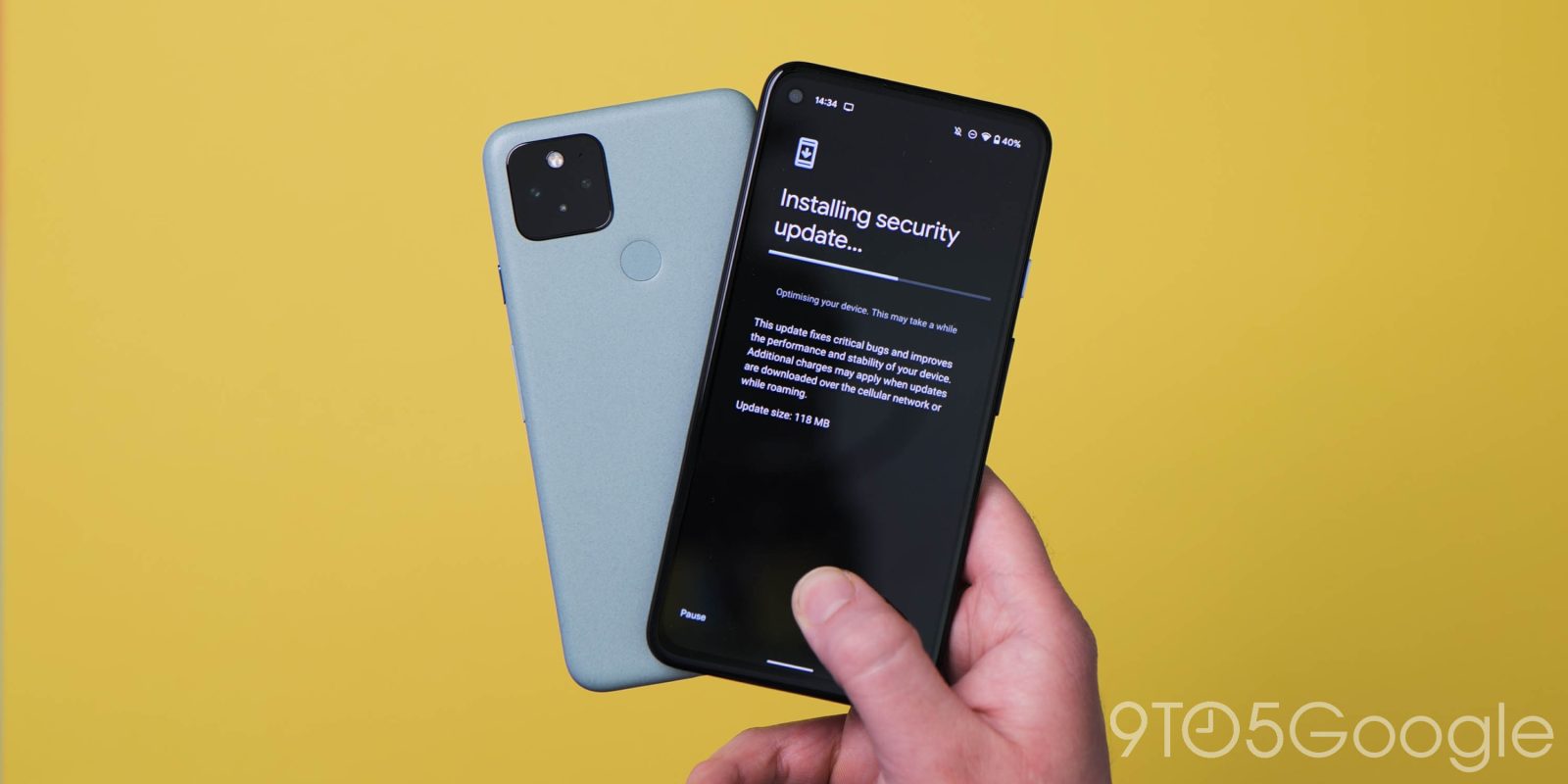 In this week’s top stories: Google Pixel phones (with one key exception) got the latest “Feature Drop” with additions like Android 12L and a new Battery widget, Pixel 6 and Galaxy S22 devices are affected by the “Dirty Pipe” exploit, and more.

The March 2022 update arrived for most Pixel phones this week — the Pixel 6 series will be getting updated at a later date — and it simultaneously served as the launching point for Android 12L. For some, upon booting into the new update, a splash screen was shown introducing the core additions of the feature drop.

Featuring Material You stylings, there are two cards highlighting the new Custom text stickers and Battery widget. Buttons at the bottom of the page let you “Skip” and “Go to Tips.”

This is Google taking a more forceful approach in highlighting what’s new. Normally, Google just sends out a notification that users might miss.

Besides the various behind the scenes enhancements of Android 12L — primarily targeted at tablets and foldables — the core new feature of this latest Pixel Feature Drop is the new battery widget. This widget shows your phone’s battery level, along with the levels of Bluetooth devices like headphones.

The glaring omission here right now is, of course, Wear OS smartwatches. As it stands today, Wear OS smartwatches don’t report battery levels directly to Android, but rather to the Wear OS app. This is something Google and its partners can surely address in the future. As a result of that, the TicWatch Pro 3 paired to my Pixel 4a doesn’t show up in the widget.

While Pixel phones are reaping the benefits of Android 12L today, the real impact of the update is for tablets and foldables, two device categories in which Google does not currently offer products. According to Google, the leading Android foldable and tablet companies Samsung, Lenovo, and Microsoft will be bringing Android 12L updates to their devices “starting later this year.”

In security news, a major Linux exploit was disclosed this week, one that affects newer Android devices like the Galaxy S22 series and the Pixel 6 & 6 Pro. Dubbed “Dirty Pipe,” it has the potential to allow malware to gain full access to your device without needing special permissions. We’ve prepared a full explainer of what you need to know, including which devices are affected and how to stay safe.

[…] given how new both the exploit and the fix are, the issue does not appear to have been included in the March 2022 Android Security Bulletin. It’s not clear at this point whether a special patch will be created for affected devices like the Pixel 6 series or if the exploit will be available until next month’s security patch.

One of the hottest gadgets of 2022 for Android fans is the Motorola MA1, a Google-licensed dongle that makes your car’s Android Auto connection wireless. However, it’s been near impossible to get your hands on the gadget for over a month now, between limited restocks and scalpers reselling them for twice the price.

In previous statements from Motorola Sound/MGW Global, we were told that restocking at Amazon has the primary holdup and that manufacturing, i.e., available inventory, was not holding back sales. We reached out to SGW Global again last week to see if that was still the case, but the company never got back to us.