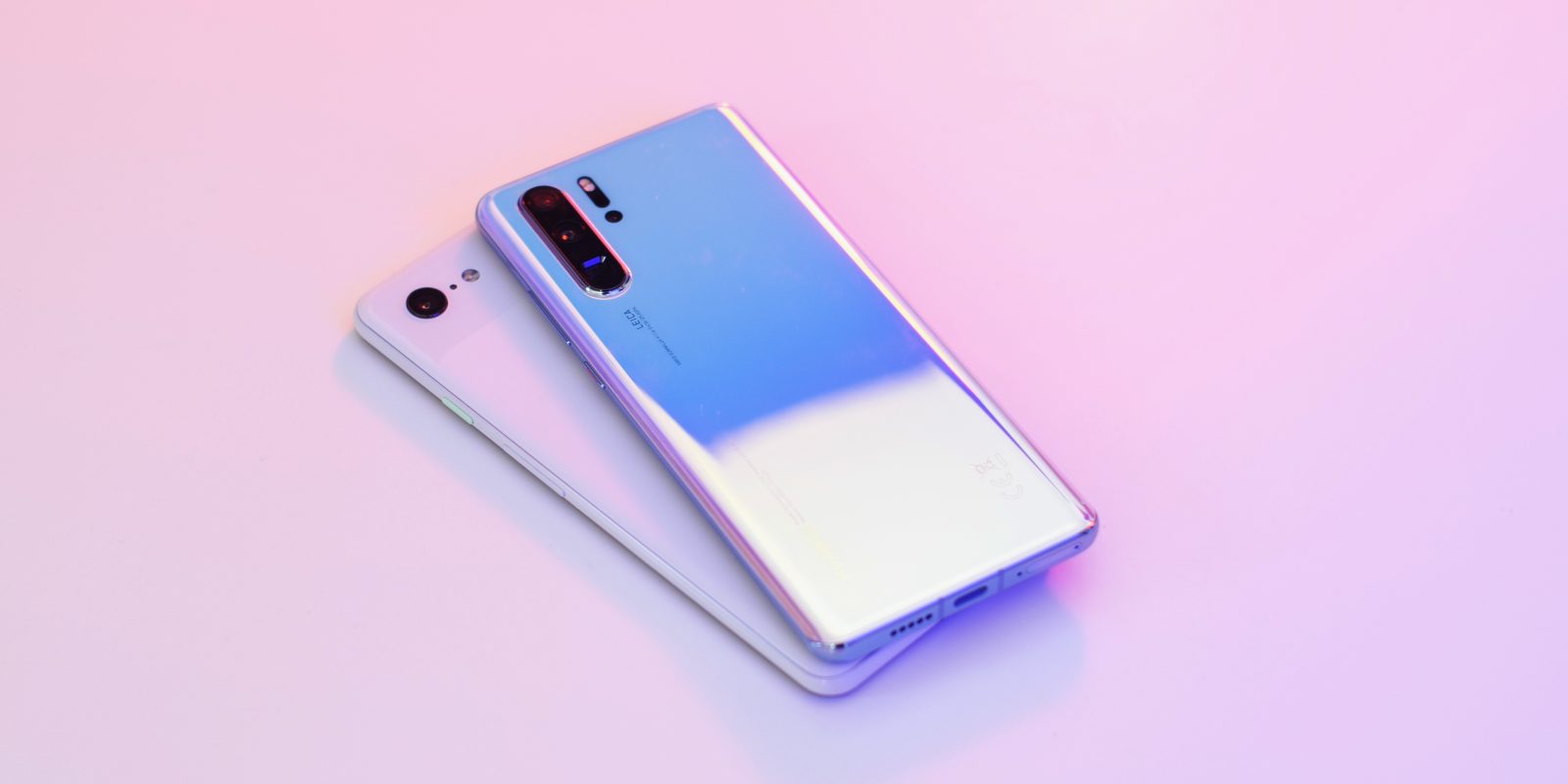 The Huawei P30 Pro looks to be a real camera contender. It’s racked up the highest DxOMark score ever seen with a total score of 112 — and that’s with four rear-facing cameras. Meanwhile, the 6-month-old Pixel 3 only has one rear-facing camera that is backed up by some of the best post-processing on the entire market. But how do they stack up against one another?

From the outset, it would be foolish to say that given the specifications of the Huawei P30 Pro camera, that the odds are not stacked in its favor. The thing is, that the Pixel 3 has shown time and time again that even despite having a pretty average megapixel count and a solitary camera sensor at the rear, it can more than match anything on the market.

Of course, we’re talking stills here. The Pixel might be exceptional in almost every single photo-taking scenario, but it leaves you longing for more in the videography arena almost every single time. It’s also worthing noting that due to the combo of the brand new RYYB sensor and high ISO single shot photography that the P30 Pro is capable of, all shots have been taken using the single shot standard Photo mode rather than the inbuilt long exposure Night Mode.

You could argue that this does potentially give the Pixel 3 a slight advantage with the excellent long exposure Night Sight, but as you’ll see, the results are genuinely interesting.

Update: For those requesting a test of the Night Mode of the P30 Pro vs Night Sight, due to some traits of the new sensor a software update is likely needed to fully compare the two long exposure modes. See the example below for issues surrounding the Night Mode on the P30 Pro.

For that reason there would have only been one winner. Whether this is due to the new RYYB sensor having white balance issues, I’m not so sure. I have reached out to Huawei on this matter and hence the Auto mode only vs Night Sight.

Night Sight on the Pixel 3 on the left, auto on the P30 Pro in the middle, night mode on the P30 Pro the right. Huawei now needs to tune its night mode white balance to be as good as its auto mode. All so impressive though, it was almost pitch black #HuaweiP30Pro #TeamPixel pic.twitter.com/i6kAozC8YS 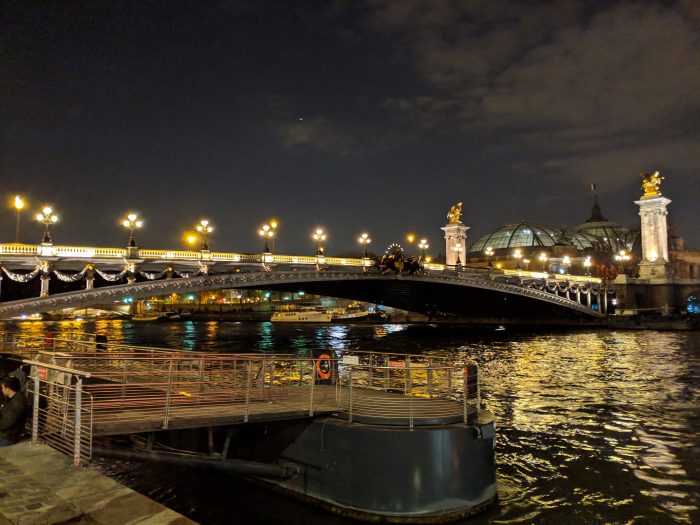 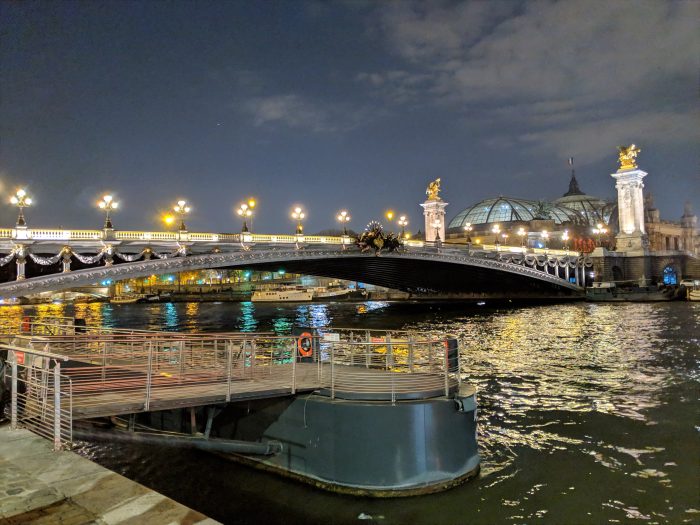 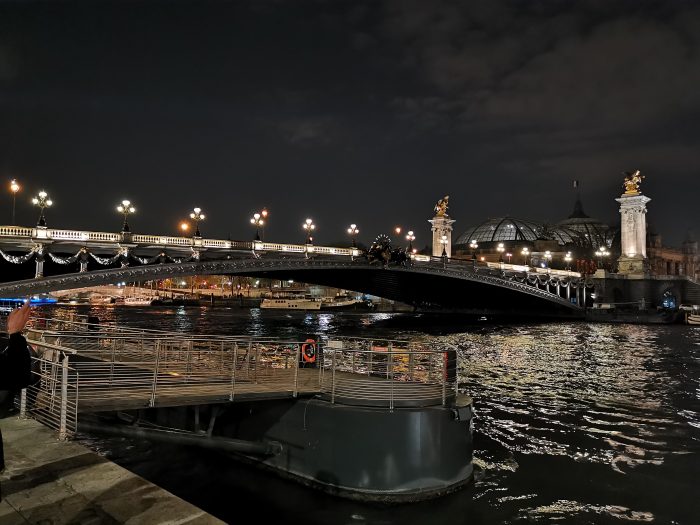 As you can see from these images taken on the banks of the River Seine, the initial photography from the Pixel 3 manages superbly even in Auto mode. It manages to maintain an exceptional amount of detail that only really starts to fall apart when you dig deeper. There is some real noise here, but the overall color palette and dynamic range is seriously impressive.

Turning on Night Sight ups the details exponentially but blows out the highlights on the street lighting. I would argue that this is a more striking image thanks to the extra exposure length and the albeit saturated colors given the environments lighting.

The P30 Pro doesn’t fair as well as I had hoped, although the colors of the nearby floating platform and river are excellently preserved, it has a cooler color temperature that isn’t exactly appealing at first glance. Details are lost in the shadows of the bridge and overall I would have to say that it does a very poor job. 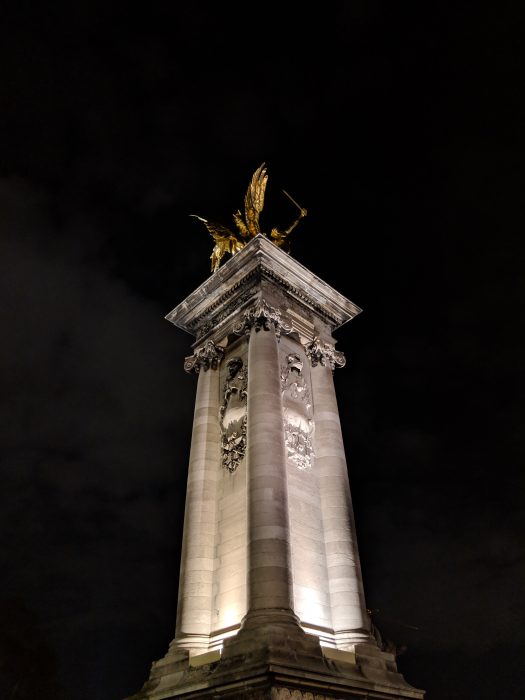 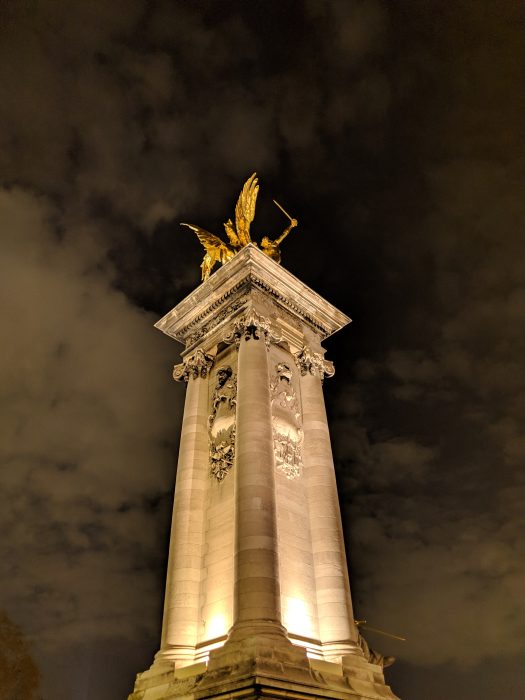 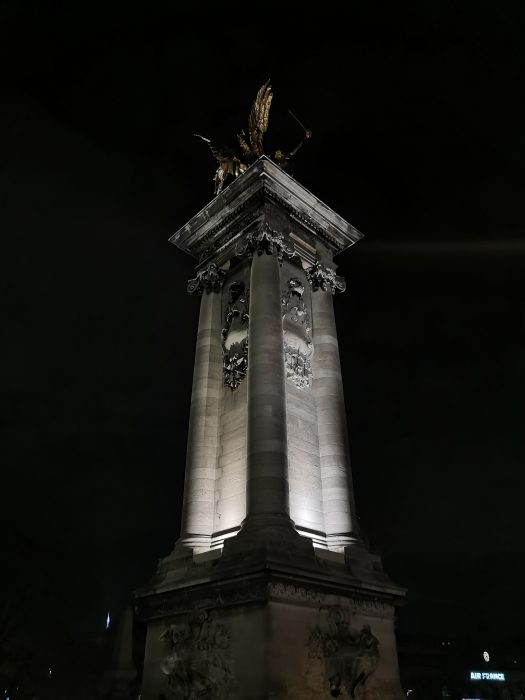 The P30 Pro is having a nightmare with this column and one thing I’ve noticed is that in certain scenarios lens flare seems to be a major issue with the handset — or at least it has been in my experience. My initial thoughts are that the wide angle lens is causing some sort of issue but I’m not really too sure to be honest.

You can see that the Pixel 3 manages to do a much better job in Auto mode than either other option. When in Night Sight the Pixel does a nice job but the warmer tones result in an odd look that although full of detail isn’t exactly great compared to the initial results. I will say that the sky and cloud cover are exceptional.

Chalk that up to the Pixel putting the P30 properly in its place with barely any difficulty. 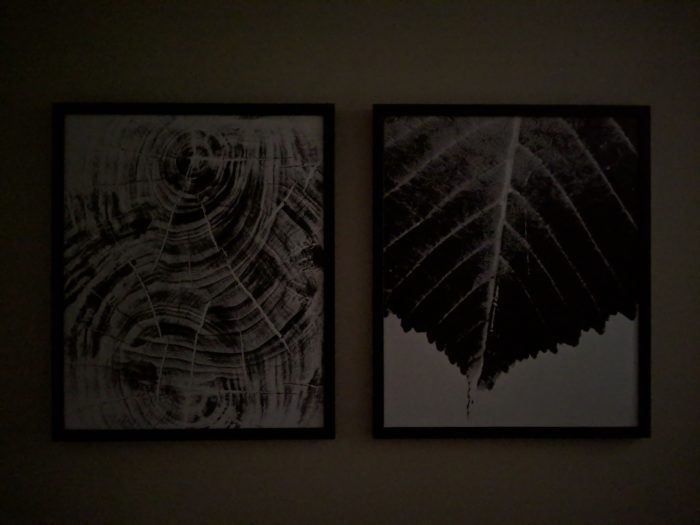 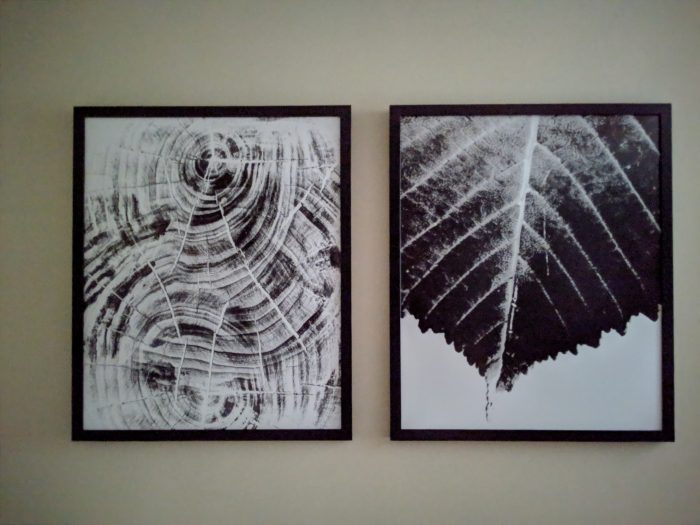 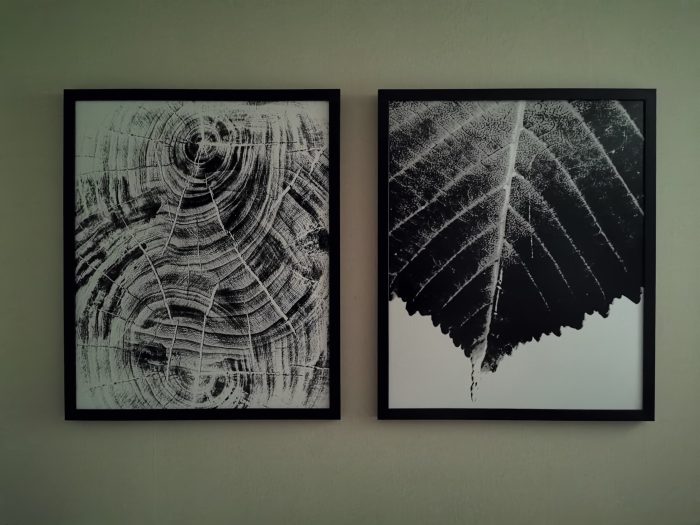 I wanted to test the quality of the P30 Pro in exceptionally dark settings like shown during the keynote. I can’t say that I’ve managed results quite as drastic but at first glance, the Pixel does a superior job given the starting point.

It’s only when you take a closer look that you see how detailed and clear the P30 Pro is compared to what the Pixel is capable of using Night Sight. It may look brighter but it introduces a ton of noise that is just not present in the P30 Pro image.

Given that I simply snapped this in a darkened room and without really having to wait, the result is as impressive as Night Sight the first time you have the opportunity to use it. I can’t really fault the Pixel too much as the end result is still very impressive, it’s just that RYYB sensor and insance high ISO performance of the P30 Pro manages to do so much better. 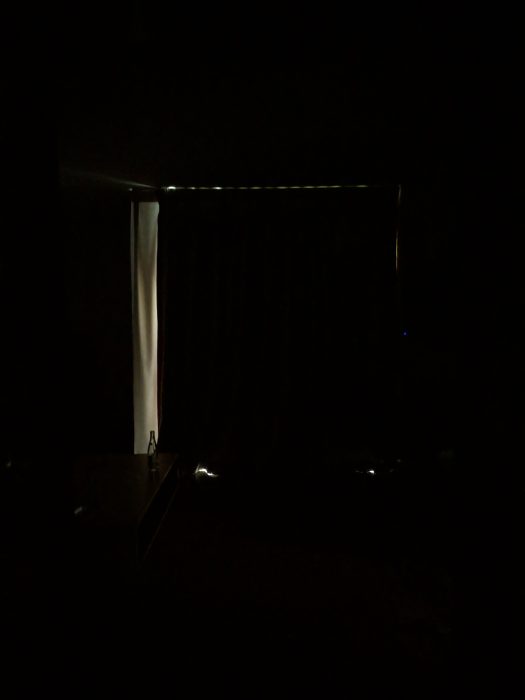 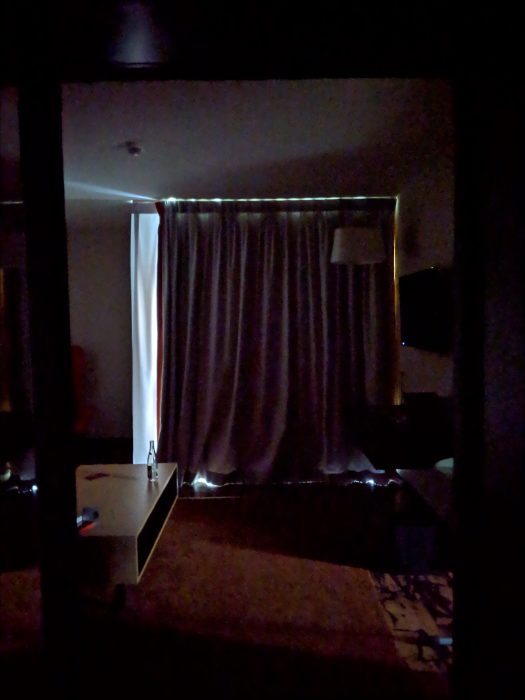 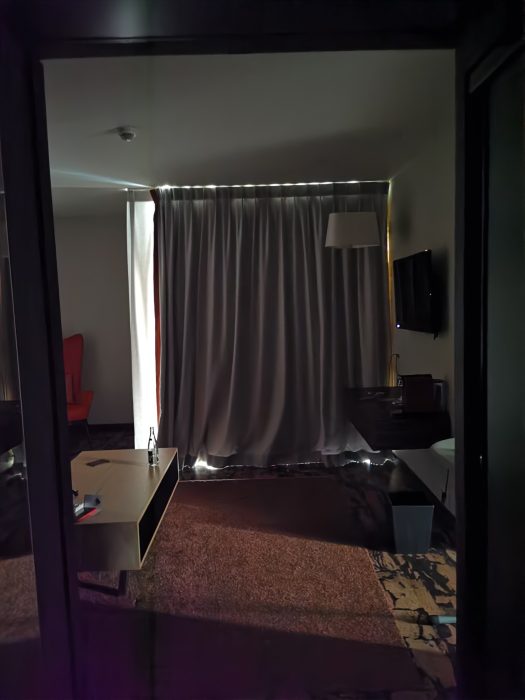 Just to show you how dark the room was, you can see for yourself that there is very little visible light bar a sliver of daylight creeping in through a curtain. Here is where I think personally the Huawei P30 Pro really excels given this new camera system — simply using a minuscule level of natural light and doing what I would consider wonders with it.

As a standalone image, the Pixel 3 when in Night Sight is almost exceptional. Yes, there is noise and some color problems… but wow! From total darkness to an image that at least has some detail. The table at the side is still under the veil of darkness but the P30 Pro manages to unveil several extra layers of detail.

It feels like an HDR image with that glassy look but you can make out intricate details that are simply not visible when using the Pixel’s camera. I feel this is where the P30 Pro really excels. 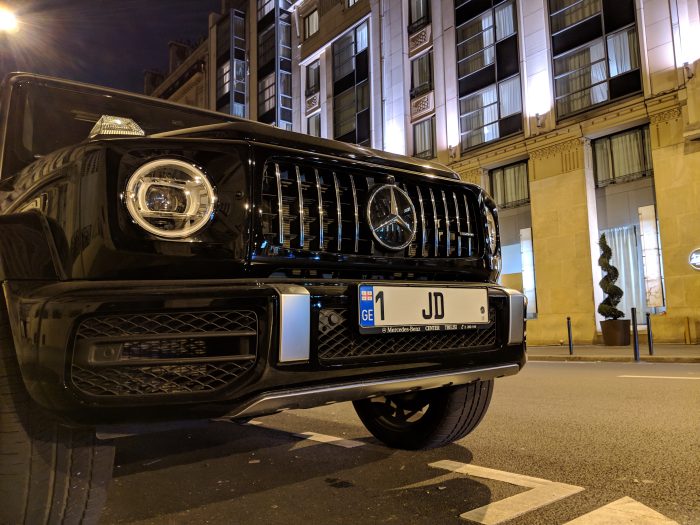 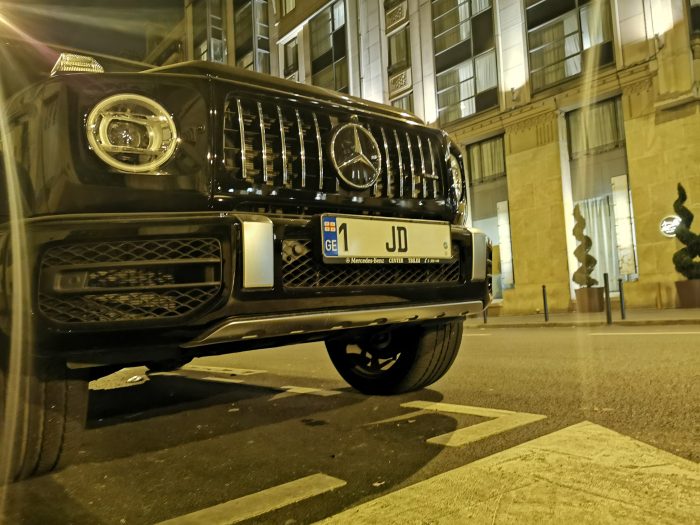 Another quick example of the lens flare that sometimes poses a problem with the Huawei P30 Pro is this Mercedes SUV. The consistency of the Pixel 3 when in Night Sight is one of the core reasons it has bested the P30 Pro in most scenarios.

You can see from the awful yellow color tone that the P30 Pro isn’t happy in this setting with Tungsten street lights. It’s such a stark contrast between both images. I did notice this issue with the P30 Pro on a few occasions and have reached out to Huawei for comment on this lens flare issue — hoping that it’s simply an issue with my review unit rather than a widespread problem.

Honestly, the Pixel 3 still has one of the most versatile stills cameras on the market. Given that the computational aspect of photography is growing with each smartphone release, my gut says that Google can out-compute almost every other camera maker out there.

The P30 Pro remains an enigma during my short hands-on time thus far. The camera is (with no exaggeration) one of the best I’ve ever used, but you’ll need to learn its intricacies to really get the most from it. That might seem like a contradiction given the versatility of the lens and focal lengths the P30 Pro offers, but like any camera, it has nuances that I am slowly learning to manage.

My take is that the RYYB sensor seems to give the P30 Pro yellow traits as it picks up that portion of the light spectrum on a level that other camera sensors clearly won’t. The Pixel, by comparison, feels more ‘stable’ and handles the various lighting and color tones a bit more accurately in practice.

This mini camera experiment also just highlights just how good the Pixel really is. One single lens and it can do so much that other cameras simply can’t. Telephoto zoom lens aside, you know if you have your Pixel in your pocket no photo feels out of the realms of possibility.

We’d love to hear how you’re getting on with the Pixel and by all means, share some of your best snaps down in the comments section below.