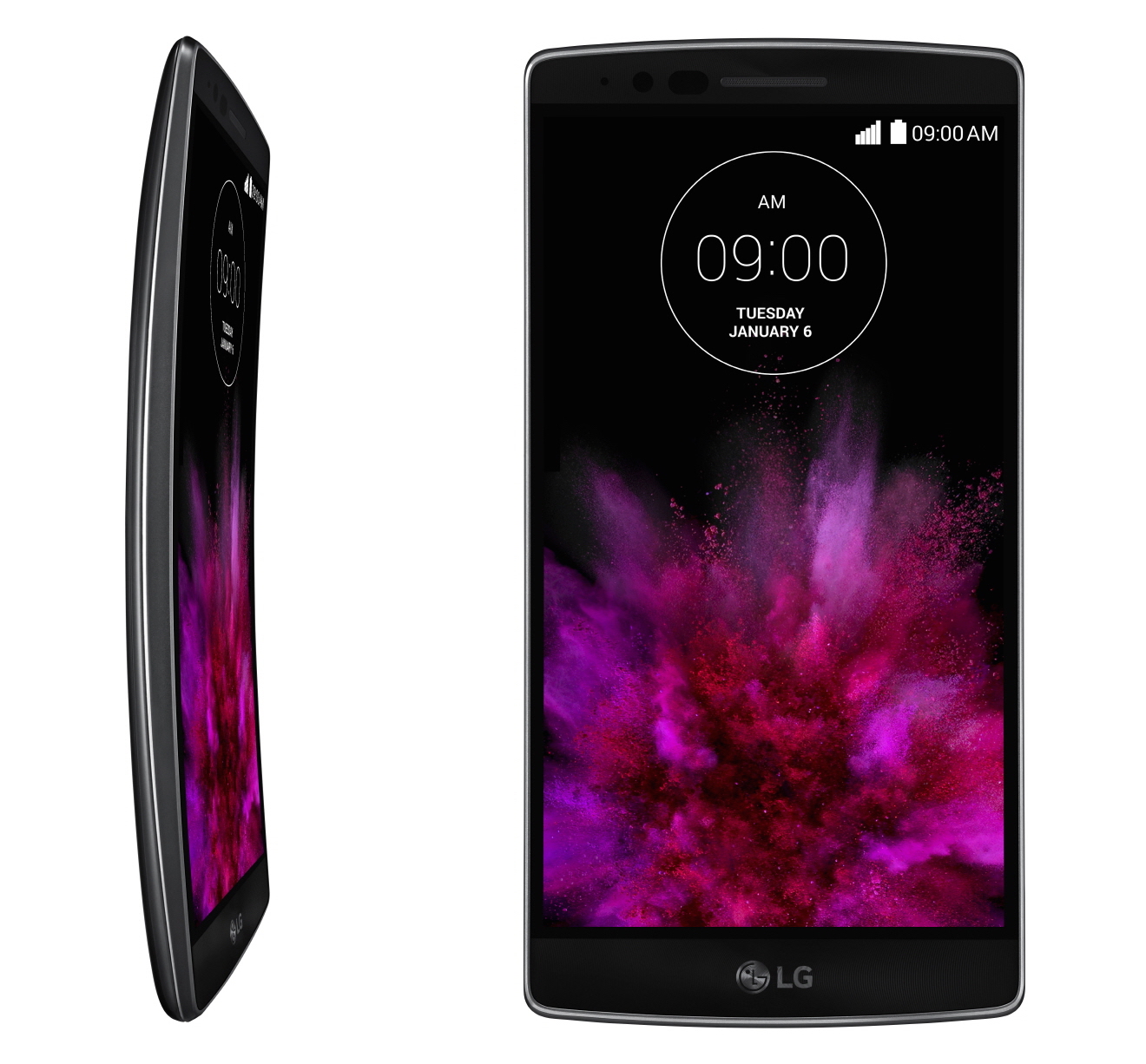 After revealing the G Flex 2 name previously through CES banners, LG officially unveiled its next generation curved display Android handset at the Consumer Electronics Show today. The first LG G Flex was met with early reviews characterizing it as an expensive prototype, and we found it hard to recommend especially next to LG’s other smartphones in our own hands-on review. So what does LG have planned for the G Flex 2 as it takes the curve for a second spin? END_OF_DOCUMENT_TOKEN_TO_BE_REPLACED Sprint has issued a software update for the LG G Flex that enables voice calls over Wi-Fi networks and a trio of other enhancements and fixes. As per the official release notes (via Android Central), the latest version also comes with a HD Voice icon, security and SMS patch from Google and an update to email signatures. The new software version, codenamed ZV7, will be rolling out in batches from today through July 16th.  END_OF_DOCUMENT_TOKEN_TO_BE_REPLACED T-Mobile’s CTO Neville Ray noted that the new technology, which brings voice calls onto the same LTE radio layer previously reserved for data, will allow “faster call setup times (almost twice as fast as a non-VoLTE call setup) and the ability to enjoy lightening fast LTE data speeds while on a call.” It will also support the HD Voice or wide-band audio feature supported lots of newer hardware. Ray explained how the technology works: END_OF_DOCUMENT_TOKEN_TO_BE_REPLACED

LG just created the worst phone commercial ever for its Flex

Really. In a bid to promote the G Flex as “the most human phone ever,” LG created the type of ad that is likely to make you want to head rapidly in the opposite direction the moment you catch sight of its phone …

Our review is slightly better.

Review: LG’s Flex – There is no reason to curve this otherwise OK phablet Android phone makers are running out of ways to differentiate their devices from the crowd.  It’s all coming down to a rectangular screen, as little chrome around the edges as possible and a curved round back.  Pretty much every smartphone looks the same at this point with slight varying dimensions.

So that’s why LG’s curved Flex is an interesting newcomer. The LG Flex actually makes a somewhat flexible 6-inch display that defaults to a slight curve.  What are the supposed benefits of that? We’ve previously reported AT&T picking up the LG Flex, a massive phone with a curved display and tough reviews, and today the carrier officially announced plans for pre-order sales.

Starting Friday, January 24th, AT&T customers will be able to pre-order the LG Flex with its 6″ curved display for $299 with a two-year contract.

“We’re proud to offer the LG G Flex, our first smartphone with a curved screen, in the U.S. and add the device to the nation’s most reliable 4G LTE network,” said Jeff Bradley, senior vice president – Devices, AT&T. “We offer smartphones and devices to fit every lifestyle. There’s nothing quite like the LG G Flex to enhance viewing video and images. The unique design is great when using your thumbs to type a message and at the same time, delivers a great experience for video enthusiasts. Combined with AT&T’s premium network, the nation’s most reliable wireless service, you have an unbeatable combination of features and value.”

AT&T also says customers can purchase the device using its EDGE program: “Customers also have the option of paying $26.74 per month with AT&T Next 18 or  $34.75 per month with AT&T Next 12.” The hardware is quite different from other handset offerings with a power/volume toggle on the backside just under the camera in addition to the ability to “tap” the display on and off.

END_OF_DOCUMENT_TOKEN_TO_BE_REPLACED

The Ev-er reliable @evleaks’ latest leak? Some images of the LG Flex with some markings of the US GSM carriers. That’s right, if you are a T-Mobile or AT&T customer, you’ll soon have some ‘flexible’ options when it comes to Android phones.  Sprint? Yeah there too.  Verizon? Fashionable late as usual. END_OF_DOCUMENT_TOKEN_TO_BE_REPLACED

Poll: What’s your favorite announcement from the iPhone 13 event? The LG G Flex, the curved body and “self-healing” device out of the Korean folks at LG is destined for Sprint. This info comes courtesy of famed Twitter tipster @evleaks who discovered the image and posted it online early this morning.

END_OF_DOCUMENT_TOKEN_TO_BE_REPLACED

We’ve already had a look at LG’s official video showing off the G Flex “self-healing” technology but this time around we’re getting a true hands-on. Recognizing that LG’s official video happened in the most optimal conditions using the very best in camera angles…this new video video courtesy of YouTube star Marques Brownlee shows off “self-healing” in the real world.

END_OF_DOCUMENT_TOKEN_TO_BE_REPLACED END_OF_DOCUMENT_TOKEN_TO_BE_REPLACED

We’ve already had a fairly decent look at LG’s upcoming G Flex curved display smartphone thanks to a brief hands-on video and there’s no question the form factor is wild. Now, the device and it’s 6″ curved display is being teased for arrival on Sprint, T-Mobile and AT&T thanks to Twitter tipster @evleaks.

END_OF_DOCUMENT_TOKEN_TO_BE_REPLACED

We first heard the LG G Flex – a smartphone with a curved OLED display – was on its way just over a month ago. That was followed by renders and then photos and video. What none of these showed, however, was the the flexible display really does flex. In fact, the whole phone does …  END_OF_DOCUMENT_TOKEN_TO_BE_REPLACED