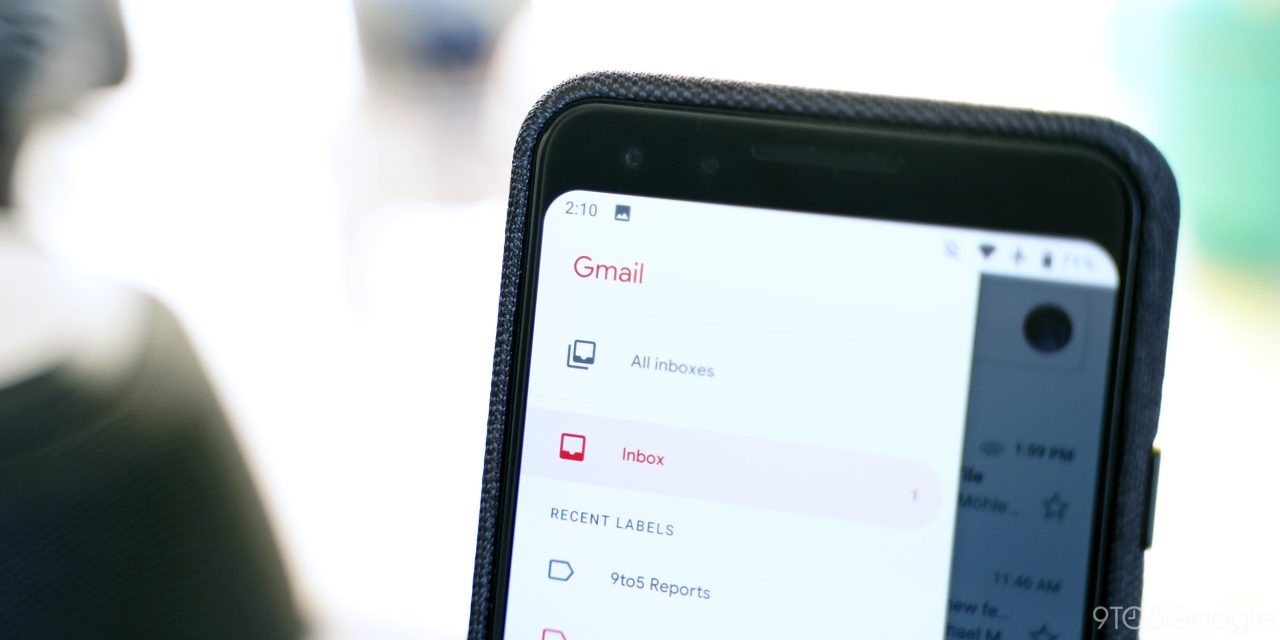 In this week’s top stories: Google Contacts app receives the latest version of the Google Material Theme, Gmail’s Material Theme on Android rolls out to everyone, Google Chrome’s dark mode on Android aims to also darken web pages, the Samsung Unpacked event showed what Samsung has to offer in 2019 and much more.

This week, Gmail’s Material Theme redesign hit the majority of Android devices, giving many their first look at the latest iteration of the Google Material Theme. One key aspect of this redesign, the new combined search bar and account switcher, has now made its way to the Google Contacts app.

This latest iteration on Google’s Material Theme is clearly moving towards the new account switcher, and de-emphasis of the nav drawer. Google Keep, Gmail, and the Google app were first to implement, with Material Themes initially just adopting a more compact version of the switcher.

Google Chrome is bringing an exciting new feature on Android, in that the browser’s upcoming dark mode will also soon be able to darken web pages. Early screenshots show us a future that looks a great deal like the same feature in browsers like Samsung Internet and Kiwi Browser.

Chrome’s experimental new dark mode for the web should arrive first on Chrome Canary in the coming days. As for Android WebView, we may not see that arrive in WebView beta for a few more weeks, likely in version 74.

Samsung Unpacked 2019 took place this week, bringing with it a host of reveals from the company. In the buildup to the event, Whitestone Dome came forward to claim that theirs would be the only tempered glass screen protector compatible with the ultrasonic fingerprint scanner found on the Galaxy S10 and S10+.

These screen protectors will be available from the day the Galaxy S10 is announced, February 20th, and they’re also already up for pre-order on Whitestone’s site. Pricing is a hefty $60, but you’ll get two Dome Glass protectors for that and all the needed installation tools. Considering other models cost $50 or so for just a single screen protector, $60 doesn’t seem so bad. Of course, buyers will still have to deal with the lengthy installation process.

Shortly after the Samsung Galaxy S10’s announcement, the official wallpapers for the phone were made available by the folks at XDA Developers. Needless to say they’re gorgeous, but also well-suited for hiding notches.

The new Galaxy S10 wallpapers build on the themes Samsung has been using for the past couple of years, bringing some vibrant color combinations that should look pretty great on just about any device. There are yellow/blue, purple/black, my personal favorite orange/purple, and others. At 3040×3040, they should fit nicely on just about any smartphone out there today, and look great doing it. Better yet, that purple/black one should do wonders hiding the notch on some OLED screens.

In Chrome OS news, the Android Pie update made its way to three devices, the Google Pixelbook and Pixel Slate and the Samsung Chromebook Plus V2. Unfortunately, the update brought with it a significant slowdown, particularly related to the Chrome OS Task Manager.

The exact cause of the issue is still under investigation by Google, but it seems to be tied to more detailed information about the performance of your Android apps being reported to Chrome OS’s Task Manager. Specifically, with Android Pie, Chrome OS can now know how much RAM each Android app uses.