In May, we told you that Google had partnered with Udacity to offer a new Android Developer Nanodegree program. Now, Google has announced that it is launching the same program in India.

With a vision to transform India into a hub of high-quality mobile developers for global and local apps, we’re delighted to announce the launch of a program to offer Android Developer Nanodegrees in India in partnership with Udacity. The Android Nanodegree is an education credential that is designed to help developers learn new skills and advance their careers in a few months—from anywhere on any device—at their own pace.

India is world’s second largest programming population, but Google says that today, less than 2% of the apps built in India are “featured in top 1000 apps globally.” The company’s goal — with this initiative and others — is to bring this number beyond 10% over the next three years.

The Mountain View company has been putting a lot of focus as of late on the next billion people in the world to come online. Among other initiatives, Google also launched the Android One program in India last year to bring affordable and well-supported handsets to the masses.

Google says that the program “takes an average of 6-9 months to complete,” and will cost Rs. 9,800 per month in India. If this sounds steep to you, it’s worth keeping in mind that Udacity is refunding 50 percent of the tuition you pay when you complete the program, and Google and Tata Trusts are giving away 1000 scholarships for the Android Nanodegree. 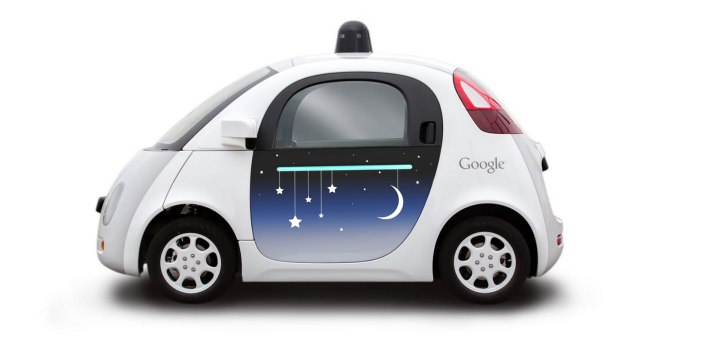 Google’s self-driving car initiative could hit the market as early as 2020, but until then Google is continuing to test its cars around Mountain View. Today, Google announced a new program that will see its self-driving cars become a little more interesting to look at. The new program, called Paint the Town, is touted by Google as being a “moving art experiment” and transforms the company’s self-driving cars into moving pieces of public art.

END_OF_DOCUMENT_TOKEN_TO_BE_REPLACED 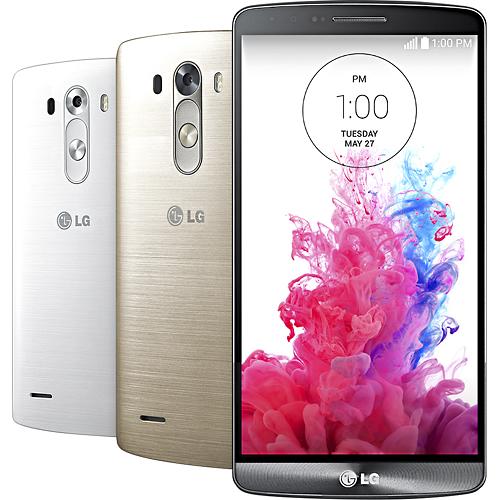 Sprint announced on Friday that it will be expanding its smartphone leasing program to cover the LG G3 and Galaxy Note 4. Beginning today, new and existing individual and business customers can purchase the LG G3 for $15 per month or the Galaxy Note 4 for $25 per month with zero down payments through the Sprint Lease program. END_OF_DOCUMENT_TOKEN_TO_BE_REPLACED

Samsung on Wednesday announced that it will be repurchasing $2 billion worth of its own common and preferred stocks to increase shareholder value through securing share price stability. Samsung investors have become increasingly worried in recent months as the South Korean electronics maker has faced declining Galaxy smartphone sales. END_OF_DOCUMENT_TOKEN_TO_BE_REPLACED

Google launches Made with Code initiative to inspire girls to code

Google today announced that it’s launching a new initiative dubbed Made with Code that hopes to inspire girls to learn code and support computer science programs. While announcing the new program, YouTube CEO Susan Wojcicki noted in a blog post today that “fewer than one percent of high school girls express interest in majoring in computer science.” Here’s what girls that sign-up to participate will get through the program: END_OF_DOCUMENT_TOKEN_TO_BE_REPLACED Spencer Kleyweg of GoogleGlassFans called the above number and received the following information about the program: END_OF_DOCUMENT_TOKEN_TO_BE_REPLACED

Reminder: Google Glass goes on sale tomorrow for one day only

Google will be offering Glass tomorrow for one day only as a way to expand the Explorer program that was first announced back in 2013. The device will be available directly through Google for the standard Explorer price of $1,500 — definitely on the expensive side. Included with that price will be a free pair of shades or frames, so those who purchase tomorrow will get a slightly better deal than all Explorers up to this point. Google has been slowly opening up its Google Glass Explorer Program to more people, but it’s about to let anyone in the US join the program and purchase Glass, at least for one day. TheVerge posted the document above showing what appears to be an upcoming Google Glass “Explorer Program Expansion,” or at least a proposal for one, that would see Google selling Glass for the usual $1500 through Google.com/glass to anyone in the US that wants one. That opposed to the waiting list that Google is currently taking sign ups for.  END_OF_DOCUMENT_TOKEN_TO_BE_REPLACED END_OF_DOCUMENT_TOKEN_TO_BE_REPLACED

Teachers are already using Google+ to make learning more relevant, collaborative and accessible—from exploring a world-class art museum to staging a play to venturing into space. Connected Classrooms aims to make it easier for teachers to access exciting educational content to share with their students. In addition to the virtual field trips, teachers who visit the Connected Classrooms site will have the opportunity to join a Google+ Community with other educators to collaborate on field trips and share best practices for using digital tools in the classroom.

The first locations featured as virtual field trips will include the Seattle Aquarium, the Minnesota Zoo and the Solar Impulse hangar. Google is also partnering with over 20 organizations to that will help organize the field trips, some of which include National Geographic, Matilda the Musical, the Philadelphia Museum of Art.  END_OF_DOCUMENT_TOKEN_TO_BE_REPLACED

Facebook announced today that it’s starting a beta program for its Android apps that will allow users to sign up to test and provide feedback on the latest build of the app before its released to the public.

Facebook is the most-downloaded app in the Play Store, so we need to make sure it works for everyone, no matter their amount of RAM, network conditions, or version of Android they might be using. Factors like data costs and network speeds are especially important to users, and we want to make sure we’re always optimizing their experiences. With so many use cases to solve, testing becomes crucial to ensuring positive, consistent experiences across Android.

While Facebook noted that it has been providing a beta of its Android apps to partners such as Qualcomm, HTC, Ericsson, Sony, Huawei and MediaTek over the last six months, starting today all users can now sign up to become beta testers.

iTunes for Windows updated to version 12.12.4 with security fixes

END_OF_DOCUMENT_TOKEN_TO_BE_REPLACED You might be familiar with Big Nerd Ranch from their iOS development programs detailed on 9to5Mac, but you might not know the guys and gals at the Nerd Ranch also run an Android Bootcamp. Well, your first introduction to the program could be this Thursday, December 15 when the instructors of the course will be holding an open Q&A with those interested in learning more about Android development.

To join the conversation, tune in on the Big Nerd Ranch Facebook wall or tweet questions with #BigDroidRanch. One participant will get a $750 credit to attend the Big Nerd Ranch in January when the next Android Bootcamp begins. You can start tweeting and posting your questions now and instructors will be live on Thursday at 3-5 p.m. ET to answer them. If you’re interested getting into Android development, swing by the their website to read more about the program. END_OF_DOCUMENT_TOKEN_TO_BE_REPLACED