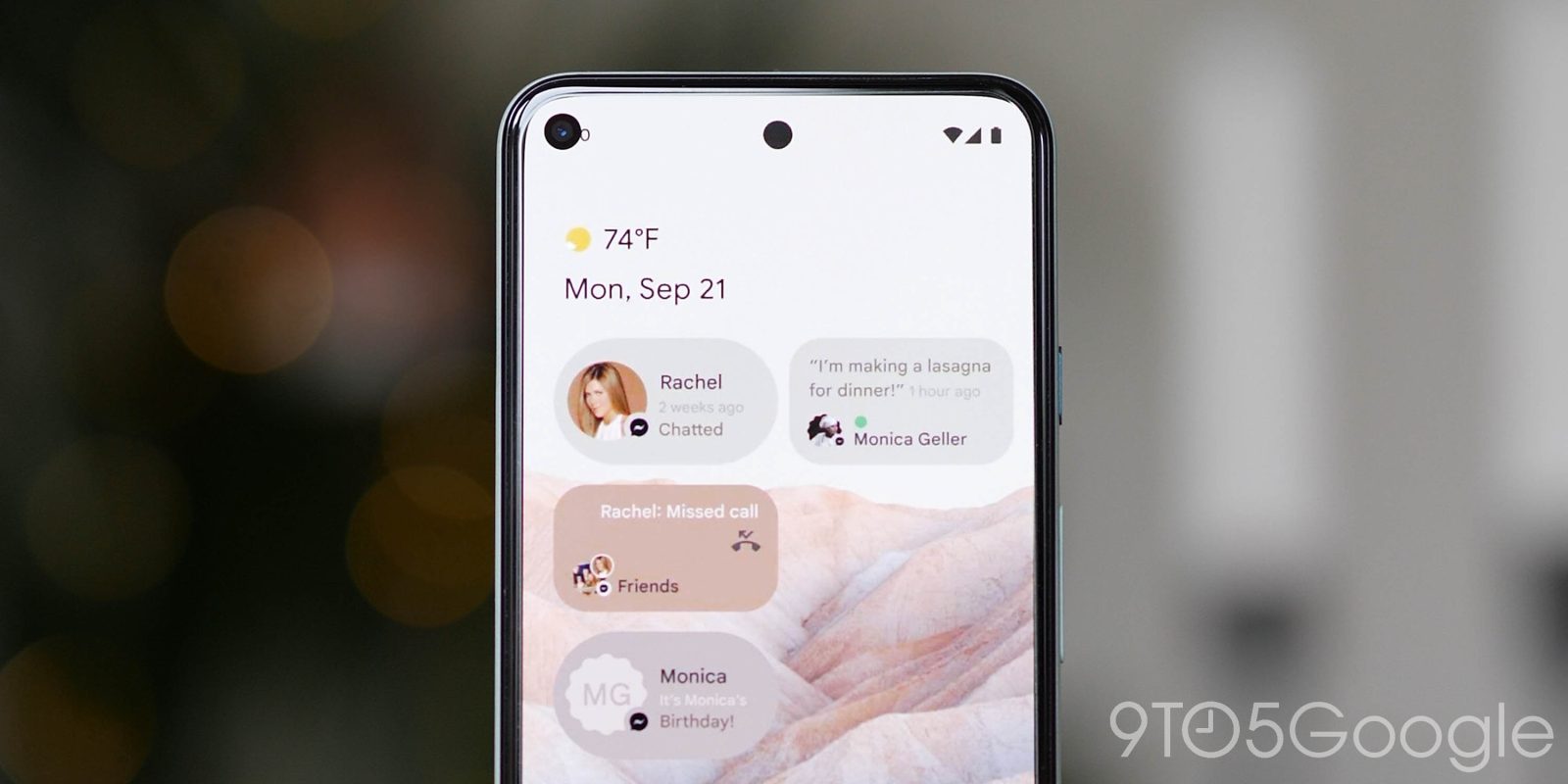 The biggest Google news this week is that reported Android 12 mockups leaked out, with the leak revealing a major design overhaul for the OS. In the images, we see confirmation of Android 12 getting an in-depth theming system, along with a curious new “Conversations” widget that continues to put the focus on people.

This week, Google released a firmware update for the Pixel Buds, bumping from version 552 to 553. As of yet, Google has not released any information about what this update contains.

[…] the [update] process starts by connecting the Pixel Buds to your phone. Over the course of 10 or so minutes, the new firmware is transferred to the headphones. After placing the buds in the charging case, it takes another 10 minutes for the upgrade to occur. All components have to be sufficiently charged.

On the Samsung side of things, our Ben Schoon took time to showcase how frustrating it is that even Samsung’s flagship phones show ads for Samsung devices and services. Thankfully, you can turn off quite a few of these ads, though not all of them.

Alright, so let’s start off with the bad news. Samsung doesn’t ever let you fully turn ads off. The most effective form of getting rid of ads is to disable the notifications, as detailed below. The rest, though, aren’t as easy to get rid of. If you want to use Samsung’s Weather app, odds are you’re going to see ads while doing so. The same applies to many other Samsung apps.

In Google Nest news, the Nest Hub and Nest Hub Max received a firmware update to version 1.52 this week. With the update, the smart displays gained a new alarm clock experience — including the “Sunrise alarm” which was originally exclusive to Pixel phones on the Pixel Stand accessory — a family tab, and much more.

Google rolled out a preview of Zoom to the Nest Hub Max in December. At the start of this month, @MadeByGoogle tweeted that Zoom is “now available.” The broader launch could coincide with this firmware, though the Google Support document — with full setup instructions — still mentions how the integration is “only available to a limited number of users.”

Fitbit, which is now part of Google, shared some improvements to their app this week, with the addition of blood glucose tracking to assist those with diabetes. Additionally, the ECG features of the recently released Fitbit Sense will soon be available to use in Canada, New Zealand, and US territories.

Fitbit’s Charge 4 is similarly getting an update that shows on-device SpO2 readings, as well as that metric and skin temperature data in Health Metrics. This new fitness tracker firmware is “coming soon.”