With less than two weeks to go until the official launch of Stadia, Google uploaded the game streaming service’s official Android app to the Play Store on Thursday. Unfortunately the app doesn’t let you play without an invite code from a Stadia Founders Edition, Premiere Edition, or Buddy Pass.

The Play Store listing for Google Stadia reveals a bit more about the app’s UI though. The main “Home” tab will display your games, each overlaid with a large play button. The previously unseen “Explore” tab looks like it will show relevant community posts. At the top of that page, we also see icons for YouTube, Reddit, Twitter, Facebook, and Discord.

Soon after release, our APK Insight team dug in and found an impressive variety of tidbits about Stadia as a service. We now know that Stadia may have player limits and how much data running at 4K may use, along with every feature that won’t arrive with Stadia at launch.

On Monday, the November 2019 security patch released to most Pixel phones, but the original Google Pixel and Pixel XL were excluded. This was actually not a surprise though, as Google promises three years of security updates for its devices and the original Pixels just reached that three year mark. All things considered, Pixel owners got more than they were originally promised, as Google only committed to two major Android version updates, but delivered three (Oreo, Pie, and 10).

Google confirmed to The Verge that the Pixel and Pixel XL will not get the November security patch. However, there will be “one final software update” in December that encompasses features and fixes from both months. Afterwards, the original Made by Google phones will no longer be updated.

For the rest of Google’s lineup of past Pixel phones, the company delivered an update to the Google Camera app, bringing those older devices in line with the Pixel 4. The majority of the changes are to the UI rather than the functionality of the camera. This week’s update doesn’t bring anything new to the phones, however, if you’ve already sideloaded Google Camera 7.2 from a Pixel 4.

The biggest addition of course is Astrophotography mode for the Pixel 3 and Pixel 3a. Like the Pixel 4, you’ll be able to take amazing shots of the pitch black sky. It’s a part of Night Sight and your Pixel will automatically recognize when you’re taking very dark shots.

Google Camera 7.2 for older Pixels is rolling out now via the Play Store with Android 10 required. So far, there are reports of the Pixel 2, Pixel 3, and Pixel 3a owners receiving it.

According to the Play Store, the app was released on November 4th, but the last update (version 1.1) was interestingly on October 29th. Google does not have a new release date for Assistant Driving Mode.

Finally, this week it was found that the Google Pixel 4’s astrophotography mode, which takes very long-exposure photos, is also capable of capturing the “light trail” effect of a passing vehicle. 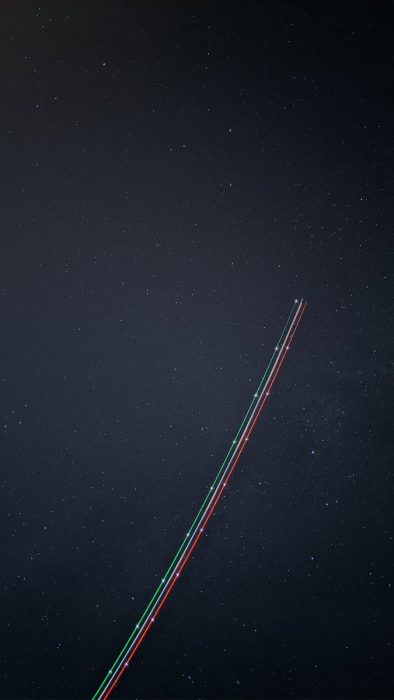