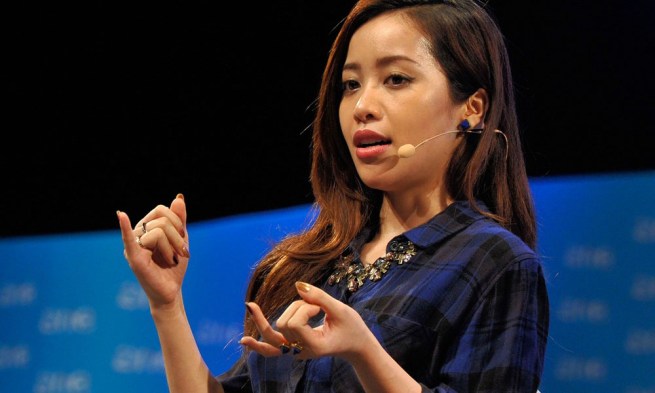 RBC analyst Mark Mahaney has put together a cheat-sheet (via re/code) to help make sense of Google’s earnings call, due later today.

The tl;dr version is that gross revenues above $15.65B will be viewed by the market as positive, below $15.55B seen as negative and anything between the two business as usual. The market consensus is for a neutral announcement at around $15.61B and earnings per share of $6.25 – ad growth offset by lower revenues due to more mobile ads, which typically cost less …  END_OF_DOCUMENT_TOKEN_TO_BE_REPLACED

YouTube has established itself as a mainstream platform for streaming video content online, but its ambitious goal of reaching 1 billion “watch time” hours per day through 2016 is reportedly lagging behind expectations. The Information has learned that YouTube has less than 300 million viewing hours per day, up from the 100 million daily hours of watch time when the goal was set in fall 2012.  END_OF_DOCUMENT_TOKEN_TO_BE_REPLACED

According to a report from mobile ad network provider Opera Mediaworks (via ComputerWorld), Android devices received more ad traffic than iPhones and iPads for the first time ever in the first quarter of 2014. The data shows that Android devices, including both phones and tablets, accounted for 42.8 percent of mobile ad impressions, while iOS devices accounted for slightly lies at 38.2 percent.

iOS devices still led in terms of revenue, however, receiving 52 percent of ad revenue. Android devices climbed to 33.5 percent of revenue, up from 27 percent a year ago. In terms of location, the United States still drives the most mobile ad traffic with 50.6 percent. Asia-Pacific countries were second with 23 percent, and European countries came in with 13 percent.

The sheer volume of Android devices obviously helped Google’s operating system take the crown for the most ad traffic. The IDC reported that Android smartphones made up 78% of all smartphones shipped, compared to 17.6% for iPhones. The fact that iOS led in revenue, however, still shows that iOS is still the more enticing operating system for developers and advertisers. For now.

END_OF_DOCUMENT_TOKEN_TO_BE_REPLACED

The Play Store continues to hold a growing advantage over Apple’s App Store in terms of sheer downloads, according to the most recent App Annie report (via TechCrunch). More importantly, Google’s mobile app store is slowly narrowing the revenue gap that exists between the two platforms. While Google passed Apple’s App Store in terms of downloads last year, a major gap remained in the revenue that both platforms generated for developers. While Android still lags behind iOS in this department, it seems that the two are slowly reaching parity. Last year’s indexed revenue for the Play Store was ranked at about 40; as the above chart shows, it’s climbed to be just above 50.

Google Play saw revenue growth in the United States, which helped it to close the gap. Additionally, Android saw strong download growth around the world. iOS continued its growth in the US, as well as in China — traditionally a stronghold for Android device, albeit devices without access to the Play Store. Apple’s platform also saw strong growth in Vietnam and South Africa, among other smaller countries.

The takeaway? Both ecosystems are strong, and getting stronger. Google is rolling out a brand new AdSense home page look and it falls right in line with Google’s new “style.” The new landing page hints at a “cleaner, more modern design [that] focuses on key day-to-day information.” The new homepage is available right now with just a click of “I’ll give it a try” or you can pass and give it a go at a later point.

END_OF_DOCUMENT_TOKEN_TO_BE_REPLACED

Expand your Star Wars collection with up to 45% off Mandalorian Funko POP! figures from $6