IDC: Android continued to increase its lead in smartphone market in 2014

IDC just released its latest numbers on the top smartphones by operating system showing Android and iOS continue to collectively dominate the market with both experiencing growth during 2014. Together, iOS and Android grabbed 96.3% of all smartphone shipments, which IDC points out is up from 95.6% in 4Q13 and from 93.8% in calendar year 2013.

END_OF_DOCUMENT_TOKEN_TO_BE_REPLACED

While the traditional wireless landscape in the United States has consisted of AT&T and Verizon Wireless as the heavyweights and Sprint and T-Mobile as the underdogs, the divide between the carriers appears to be quickly narrowing. Sprint and T-Mobile have both introduced highly-competitive plans and promotional offerings in the fourth quarter, leading many consumers to switch carriers at a higher-than-average pace.

Like it has done in recent years, Google is today displaying its list of top app picks for the year with around 70 apps total receiving the award.

Google has a section on Google Play displaying the “Best Apps of 2014” and in it includes a number of high-profile apps alongside lesser known entrants. The majority of the apps are free, but there are also a few paid offerings like Over, 7 Minute Workout, djay 2, and others. Some of the bigger names on the list include IFTTT, Shazam, Yahoo News Digest, CNN, Uber, and Mailbox. END_OF_DOCUMENT_TOKEN_TO_BE_REPLACED

Verizon Wireless has updated its customer agreement with new conditions related to early termination fees. Effective today, new customers that purchase a device on contract will be required to pay a full $350 early termination fee during the first seven months of the contract if it is broken. The fee is reduced by $10 per month between months 8-18, $20 per month between months 19-23 and $60 in the final month of the contract term…

Facebook announced this morning that over 500 million people are now using its Messenger app per month. The impressive milestone comes just days after Facebook chief executive Mark Zuckerberg explained why Facebook Messenger was turned into a standalone app for Android and iOS, a move it made in July after disabling messaging in the main Facebook app.

OnePlus co-founder Carl Pei confirmed to Forbes that OnePlus One smartphone sales have eclipsed the 500,000 mark to date, adding that the Chinese company has a lofty goal of selling 1 million units by the end of the year. “It’s going to be hard,” said Pei, speaking at the Dublin Web Summit taking place this week. “But I think it’s possible.” END_OF_DOCUMENT_TOKEN_TO_BE_REPLACED

Get a ride in from the couch, DeskCycle seated pedal exerciser drops to $110 for today only

The latest Android distribution numbers for a seven-day period ending November 3rd reveal that KitKat is installed on 30.2% of devices that accessed the Play Store during the last week. Meanwhile, the distribution of the over two-year-old Jelly Bean version continued to decline, but remains the leading platform, with a 50.1% share. END_OF_DOCUMENT_TOKEN_TO_BE_REPLACED 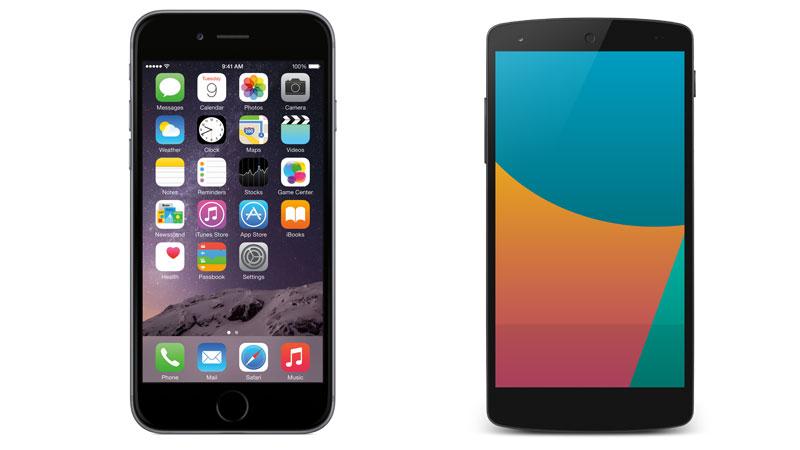 GOOG Q3 2014 earnings a miss, stock down in after hours trading 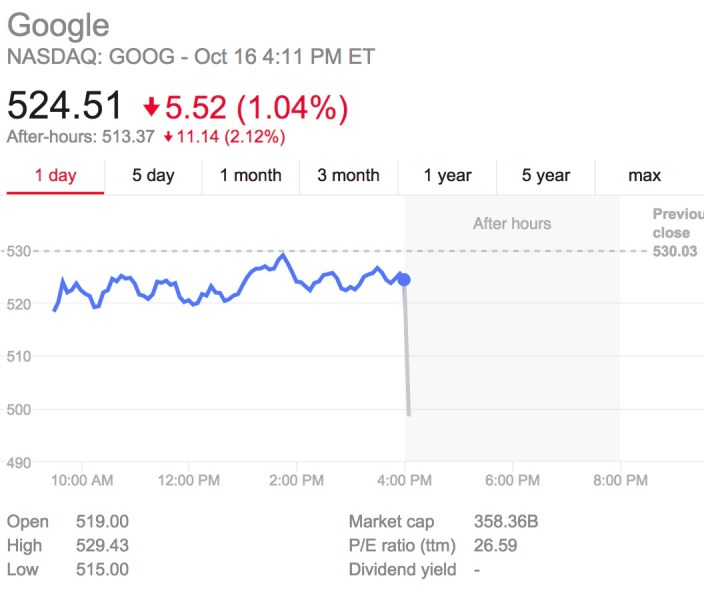 “Google had another strong performance this quarter, with revenue up 20% year on year, at $16.5 billion,” said Patrick Pichette, CFO of Google.  “We continue to be excited about the growth in our advertising and emerging businesses.”

It will be interesting to see what Google has to say for themselves when they talk earnings at 4:30.

The call will be live, above.

I go everywhere in my city by electric vehicle, yet I don’t own an electric car. Here’s…

Tesla structural battery pack is removable, but it is quite an ordeal

The MLB.com At Bat app was updated today alongside a couple notable announcements including the league’s plan to live stream every World Series game and select Postseason games to all of its MLB.TV Premium subscribers through the app. The 2014 World Series is set to kick off on October 21.

The release notes add that the app will now also offer “Live Postseason coverage for every game through the 2014 World Series” and a Postseason.TV feature with “Live companion coverage featuring up to 10 alternate camera angles for the AL Wild Card, AL Division Series and AL Championship Series (TBS broadcasts only).”

The update MLB.com At Bat app is available Google Play for Android smartphones and tablets now. Regular $129 for the full year, an MLB.TV Premium subscription is available to purchase now for $3.99 for the remainder of the season, World Series, and postseason.

What’s New
Ver. 3.5.0
• For the first time we will be streaming live every World Series game and select other Postseason games to all authenticated MLB.TV Premium subscribers
• Live Postseason coverage for every game through the 2014 World Series
• Postseason.TV: Live companion coverage featuring up to 10 alternate camera angles for the AL Wild Card, AL Division Series and AL Championship Series (TBS broadcasts only)
• General performance improvements

As it does on an annual basis, Google has released the source code for the 2014 version of its official Google I/O app. Google releases the source code on a yearly basis to serve as a benchmark for Android app design and development. Android developers can learn how to implement a wide variety of features that are useful for most apps, in addition to how to integrate apps with various Google products and services.

There is a United States federal agency that specializes in collecting and cataloguing scientific research papers of all kinds. The NTIS — National Technical Information Service — will serve up files or paper copies of these records for $25 or $73, respectively. The issue, as pointed out by NPR, is that most of these records are available for free elsewhere, and are easier to find with Google than with the NTIS’ outdated website. And so, ever the enemy of a wasteful budget, Tom Coburn has introduced the Let Me Google That For You Act of 2014 to abolish the NTIS. END_OF_DOCUMENT_TOKEN_TO_BE_REPLACED

Apple Support scam cons woman out of $1500, here’s how to identify fakes

HomeKit Weekly: A redesigned Home app is at the top of my iOS 16 wishlist So far rumors for the device include a 5″ 1080p display, Android 4.4 KitKat, 3GB of RAM, a Snapdragon 800 processor, and Sense 6.0. Evleaks shared another image of the device showing off a protective case and the latest Sense homescreen (below): END_OF_DOCUMENT_TOKEN_TO_BE_REPLACED While the new Glass will be available later this year, Rochester Optical’s press release notes that its lenses for the device will available to buy in early 2014.  END_OF_DOCUMENT_TOKEN_TO_BE_REPLACED

Since we first heard rumors that Microsoft was working on Office for iOS and Android as far back as 2011 and got a look at alleged leaked images of an iPad app that Microsoft later denied were real, every couple of months we’ve seen reports that say the app is coming soon. First it was November 2012, then early 2013, and others claimed “sometime after” March 2013. Along the way  The latest rumor: Microsoft has Office for iPhone and Android is scheduled for fall 2014.

Zdnet claims to have got its hands on Microsoft roadmap for next year and says on it is “iOS/Android support for Office”: END_OF_DOCUMENT_TOKEN_TO_BE_REPLACED