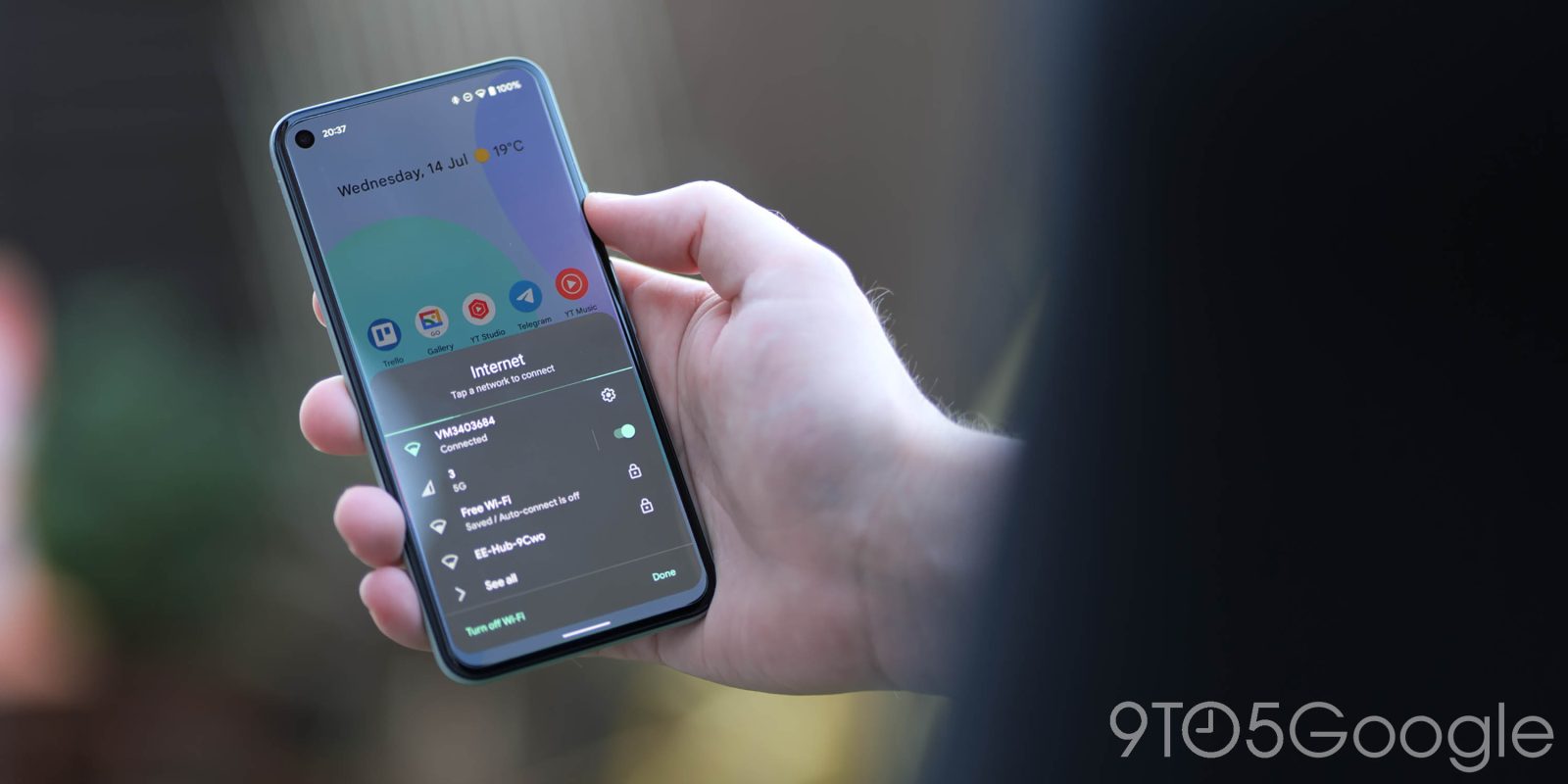 One of the more disruptive changes of Android 12 is that Google has replaced the quick settings tiles for Wi-Fi and Mobile Data with a unified “Internet” tile. This week, Google defended the change, saying that their research studies showed the new Internet panel that opens is “more intuitive and straightforward” once you get used to it.

In the future, a user can turn off Wi-Fi and Mobile Data without first having to unlock their device, which is required today. That would result in a behavior similar to enabling Airplane Mode, while switching Wi-Fi networks will not be permitted with this change “for device security and privacy reasons.”

On Monday, we shared our in-depth thoughts about the Pixel 6 Pro, easily Google’s best phone to date, truly deserving of the title of “flagship.” After years of falling just shy of the mark and charging just a little too much, Google has found the sweet spot for Android enthusiasts with the Pixel 6 Pro.

The Pixel 6 Pro is a phone I’d describe as refreshing. For Google, it marks a new chapter in not just the company’s smartphone lineup but also in its hardware ambitions as a whole. The Tensor chip inside is a huge bet for the future, and as far as it looks right now, it seems like the odds are in Google’s favor.

For those who pre-ordered the Pixel 6 or Pixel 6 Pro, shipments have been arriving over the course of this week. Upon arrival, purchasers will find (or already have found) that their phone has a Day 1 update available out of the box, bringing devices to the November 2021 security patch.

In a brief forum post this afternoon, Google confirms that a day-one update will be made available to Pixel 6 and Pixel 6 Pro phones as they’re unboxed. These updates ensure that all of the Pixel’s advertised features, such as Magic Eraser and others, work properly.

In the usual pattern of Google developed features, the Pixel “Call Screen” feature, which lets the Google Assistant answer potentially unwanted phone calls, was launched first in a small group of countries, the US, Canada, and Japan. This week, Call Screen has begun rolling out to the UK, a few nations in the EU, and Australia.

It’s worth noting that the feature is limited in these additional countries compared to how it works in the US, Canada, and Japan. Call Screen on Pixel phones in these countries will be limited to its manual form, rather than supporting the automatic screening feature that allows the phone to detect spam calls on its own and screen those on your behalf. That option was first rolled out to Pixel owners in the US at the end of 2019.

Elsewhere this week, we were able to show off the built-in color temperature slider of the Google Camera app on Pixel 6. Similar to how the brightness slider lets you adjust the HDR look of a photo before capture, the color temperature adjustment is a simple slider that works right in the viewfinder.

The effect can be rather dramatic at its highest levels, but it can help in adjusting the temperature in scenes that need it. As mentioned in our review, this is a feature I didn’t find necessary over the time I’ve had with the phone so far, but I’d imagine it might come in handy in harshly lit scenes such as parties where specialized colored lighting is in use.