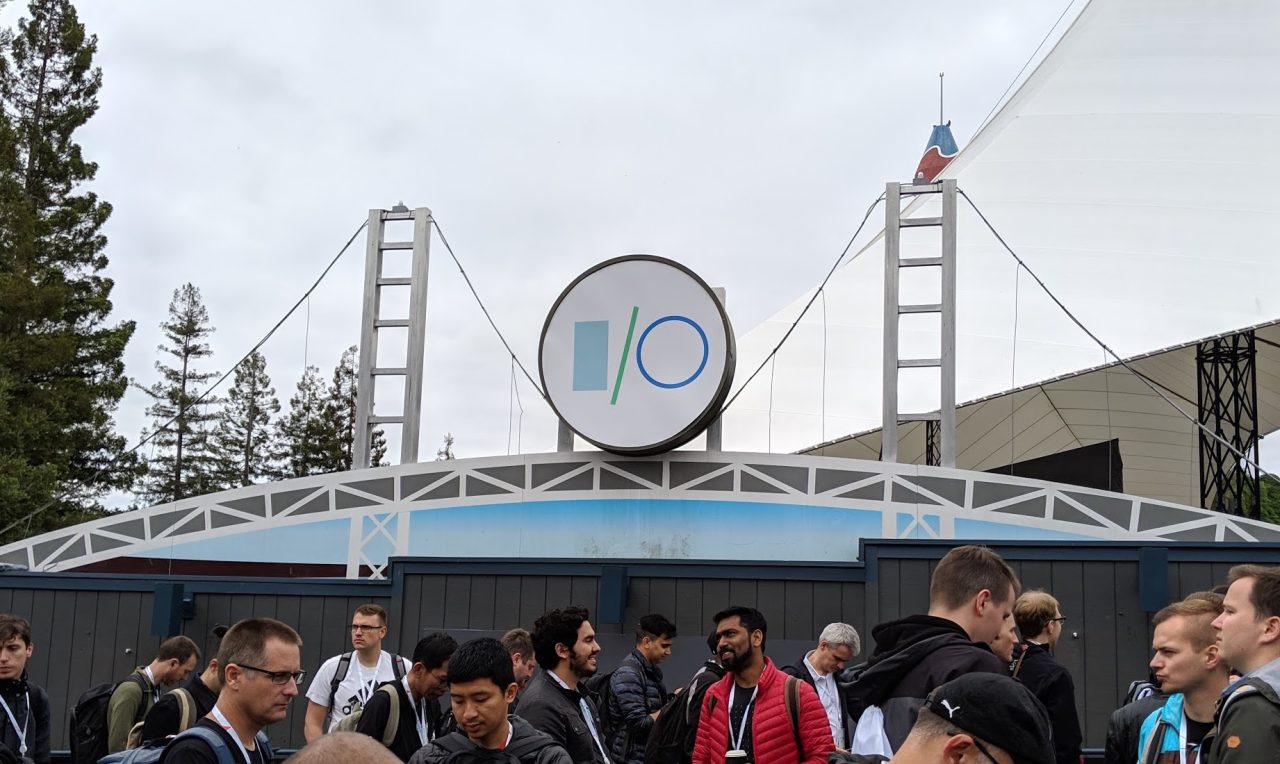 Well, we missed out on Google I/O 2020, but now it’s finally time for Google I/O 2021. While not in person, the annual developer festival in Mountain View, California has returned. The Google I/O 2021 Keynote kicks off at 10am PT/1pm ET, so read on for quick links to our roundup coverage over the last few weeks, some hot takes, and all the latest news about Assistant, Android 12, and ‘Material NEXT’, among many other things.

— Google morning everyone! We’re going to be doing an old-fashioned live blog here as the events of today unfold. It will be filled with all the latest I/O news in text form as it’s happening, so be sure to reload. Also, it will have many hot takes from yours truly!

— Sundar is on the stage and talking covid and its impact over the last year.

— Sundar is talking all the various products that Google has put out to help the world manage COVID-19.

— “In that spirit, let’s get started. This year has given renewed purpose to our mission to organize the world’s information… and make it useful.”

— 150K of bike lanes have been added to Google Maps. Google is also adding eco-friendly routes.

As usual, many things you'll hear about this morning have been announced previously. https://t.co/MTdXxIQHGJ

— Google Workspace got a front-of-show mention! Docs, Slides, and Sheets.Today, the company is announcing Smart Canvas. Javier is coming out!

— Google Meet is going to be integrated directly into Docs, Sheets, and Slides!

— It looks a lot like Google built an Asana. So that’s cool.

— Now Sundar is on stage talking about Search, Translation, and Google Assistant. Also chatting about Google Photos. Mostly bragging. Not much new here, yet, but we’re waiting patiently.

— This is a pretty incredible tech demo that gives us a good idea of what’s coming next for Google Assistant.

— Google is showing a demo of LaMDA filling the place of inanimate objects that are self-aware. “What’s the worst place you’ve ever landed,” the demo asks a paper airplane. “A puddle,” it says, as it explains why that was so bad.

— “I’m going to go flying. Bye bye,” Sundar lists as one of the nonsensical responses LaMDA would give playing the role of Pluto.

— LaMDA will be able to do things like “Show me the part where the lion roars at sunset” and find that moment in a YouTube video.

— Seems powerful, but I’m not really sure because I don’t understand anything Sundar’s talking about.

— Google is trying to be human-friendly and help us understand quantum computing with an interesting skit. For me, not really doing it.

— Google talking about privacy at Google and auto-deleting your data. It deletes everything after 18 months. Activated on more than 2 billion accounts already.

— Talking security. Ultimately Google wants to get to a password-free future. In the meantime, they’re focused on helping people use strong passwords. Google’s password manager is used by many, many people.

— Four new upgrades for Google’s password manager. A tool for importing passwords. Integration with Chrome and Android. Compromised password alerts. And a quick fix feature in Chrome where Google Assistant helps you navigate to your compromised accounts and fix problems in seconds.

— Time to talk more about Search!… I guess. Search, Maps, Shopping and Photos, we’re going to cover all four here in this little segment.

— Search! MUM — multitask unified model. 1000x more powerful than BERT. Too bad that no one listening to this knows what BERT is. He’s showing an extremely specific query that search engines today can’t answer. MUM will change Google’s ability to understand natural language questions. MUM can also search across languages.

— Take a photo of boots and ask “Can I use these to hike Mt. Fuji?”, MUM would be able to understand what’s in the image and the context of the question. Pretty impressive.

— Now talking about Google Lens! The last time I used Google Lens was the last time Google announced a new feature for it at Google I/O. AR in Search.

— Tigers to cars… people lost their mind at the beginning of covid playing with AR animals and such. Google says they’re adding some professional athletes like Simone Biles.

— “Is it true that” had more searches last year than “how to bake bread,” Google says. “About this result” with details about a source in Search is rolling out to everyone later this year.

— Now talking about Google Maps. 100+ AI improvements coming this year. Examples: AR Live View is still only in Google Maps. Live View has up to now been about navigation. Now, Google is making it possible to explore the world around you. Looks like a precursor to AR glasses! Find landmarks. Navigate indoors. Indoor Live View is coming this week. Detailed street maps coming to 50 cities. A more tailored map based on context such as time fo day.

— Area busyness is rolling out globally in the coming months.

— Now talking about Google Shopping with Bill Ready! More than a billion times a day people are shopping on Google. Shopping Graph… a comprehensive dataset on merchants and products.

— Showing off using Lens to find a patio set in Shopping. YouTube shopping experience to find products mentioned by creators is in pilot now. Soon on Chrome, opening a new tab will show open carts from various online stores on the new tab page.

— “We’re making it easier than ever for merchants of all sizes to get on Google. With Shopify, millions of retailers can sign up to appear in Google with a single click.”

— Google is announcing some new Google Photos features powered by AI. Google is going to put together stories based on patterns it sees in your library. The photos on their own aren’t meaningful, but they “tell a story that’s uniquely yours.”

— Later this year, you’ll see more memories based on the types of events you celebrate. Personalization based on religious holidays and such.

— These are small features in Google Photos all things considered, but they add up to a pretty notable update. Lots of AI impacting all corners of Google’s products!

— Matias Duarte and Material are now up!

— “Material You” lets you transform the look and design of all your apps building off of the groundwork of the Google Material Theme. Okay, now this event is getting good.

— “A mode for every mood”, and these color selections can travel with you as part of your account. “Material You” is coming first to the Pixel this fall.

— Let’s start by looking at the new UI!

— Google is really flexing this beautiful, completely redesigned design that adapts to you. It’s coming first to the Google Pixel in the fall.

— Quick Settings is completely revamped. Looks and feels different. Google Pay and Home controls and total customization. You can invoke Google Assistant by long pressing the power button. All the motion and the UI is super smooth — greatly reduced resources needed from various things in the background. “Basically, everything’s faster.”

— Private and secure! Gartner has been giving Pixel the highest security rating since 2017. With Android 12, “we’re going even further to keep your information safe.”

— “Like the rest of Android, private compute core is open source. Fully verifiable by the security community.”

— Back to Samir to talk about how we’re building for a multi-device world. Phones are the center, but they interact with tons of other devices. The next chapter of Android is about the other devices working better together.

— Biggest update to Wear OS ever! Google and Samsung working together to unify Wear OS and Tizen.

— The next Samsung Galaxy Watch will run this platform, Samsung says.

— There’s also a new UX. Navigation system is getting a complete revamp. Google is expanding the old Tiles feature with a new Tiles API that lets any developer make one. There’s also redesigned apps with Material Design refreshes.

— Fitbit! Founder of Fitbit, James, is now talking about Fitbit and how that plays a part with the new version of Wear OS. “We’ll be making the best of Fitbit’s features available on Wear watches. In the future, we’ll be building premium smartwatches based on Wear.”

— Google is now talking about how they’re changing the camera to be more inclusive.

— All of these camera inclusivity features are coming to Google Pixel “this fall,” Google says.

— Google collaborating with Northwestern to apply AI to the breast cancer screening process.

— Sundar is back on stage to talk about how Google is helping people stay connected.

— Project Starline. It’s early, and currently in just a few Google offices. It lets you be in person with someone over a call and it feels genuinely real.

— That’s a wrap. Check out the top of the post with every detail you need on all our coverage from today. And head to 9to5Google.com for all the latest stories.