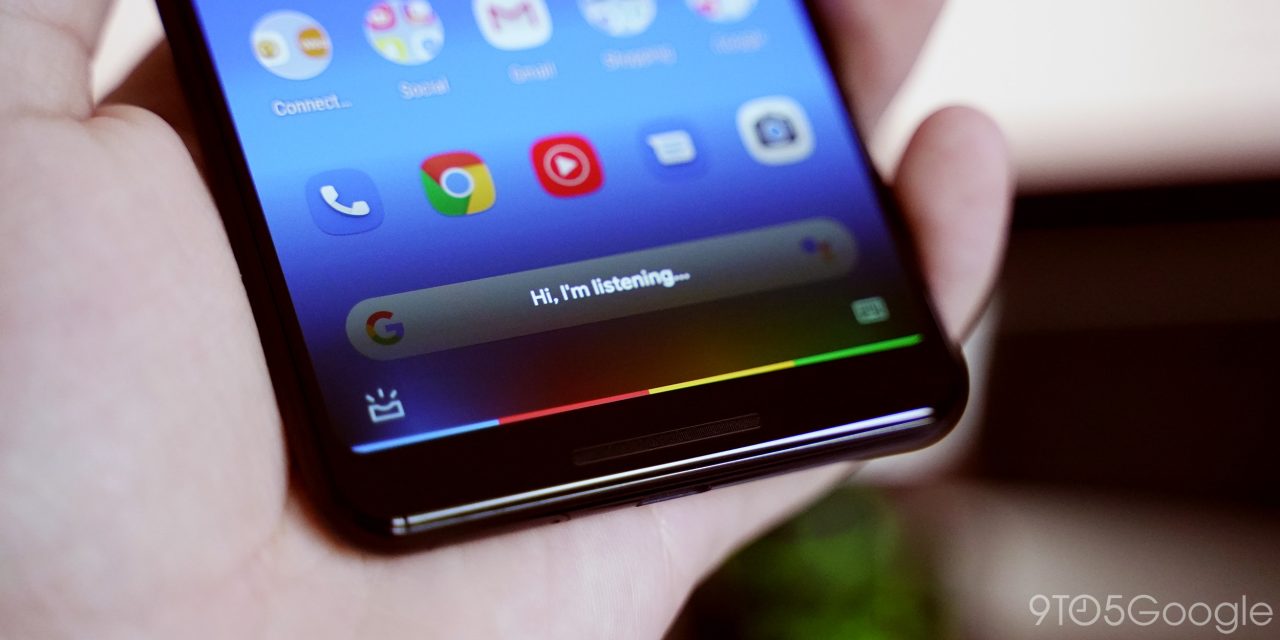 In this week’s top stories: the Google Assistant tries on a gorgeous redesign complete with a “light bar,” Google Drive may stop syncing with Google Photos in the near future, Google agrees to settlement in Pixel lawsuit, and more.

Google took a page out of their old ‘Holo’ design book in an experimental “light bar” redesign for the Assistant. The new “light bar” design replaces the Assistant’s current all-white look with a transparent panel that simply says “Hi, I’m listening.” All in all, the design is simply gorgeous, though some of our readers believe it clashes with Material Design.

Below that there are also the buttons for the keyboard and for the Updates page. There’s also a nice callback at the bottom to the old Pixel light bar which showed up on the original Chromebook Pixel. This is a design we’ve not seen Google use in quite some time, so it’s a little strange to see it implemented on the Assistant.

From this, it seems Google will simply turn off the sync between Google Photos and Google Drive later this year. In both strings, Google attempts to assuage any fears of potentially lost photos, emphasizing that photos are “safe in Google Photos.” Most likely, the “Google Photos” folder will also still be present in your Google Drive, but will no longer sync, starting in July.

For the past year, Google has been embroiled in a class action lawsuit over the original Google Pixel phone, due to a manufacturing defect that lead to a hairline fracture which causes all microphones to stop working. The lawsuit has finally reached a settlement, with Google paying out as much as $500 to certain Pixel owners.

Of course, the payout on this lawsuit will vary depending on the situation the user encountered. The highest payout is $500 and is given to those who returned a defective Pixel device, only to get another defective one in turn. Those who only returned once can get $350 and anyone who had to pay an insurance deductible are eligible to have the entire value repaid. All Pixel owners are eligible for up to $20 from this settlement as well.

Owners of the Nvidia Shield TV know that it’s easily one of the best Android TV devices on the market, but they also know it’s far from perfect. One of the criticisms of the device is its sometimes sluggish remote. Our Ben Schoon took the time this week to share the best alternative remotes for Nvidia Shield TV owners.

In other gaming news, Activision has given us all another taste of what Call of Duty Mobile will be like on Android and iOS and when to expect to play it. Apparently the game will have five classic Call of Duty game modes, including both team-based play and free-for-all.

We’re told that the Call of Duty Mobile beta will begin this week starting in India, with a further rollout giving Australian gamers the chance to take on the role of popular characters from the series.