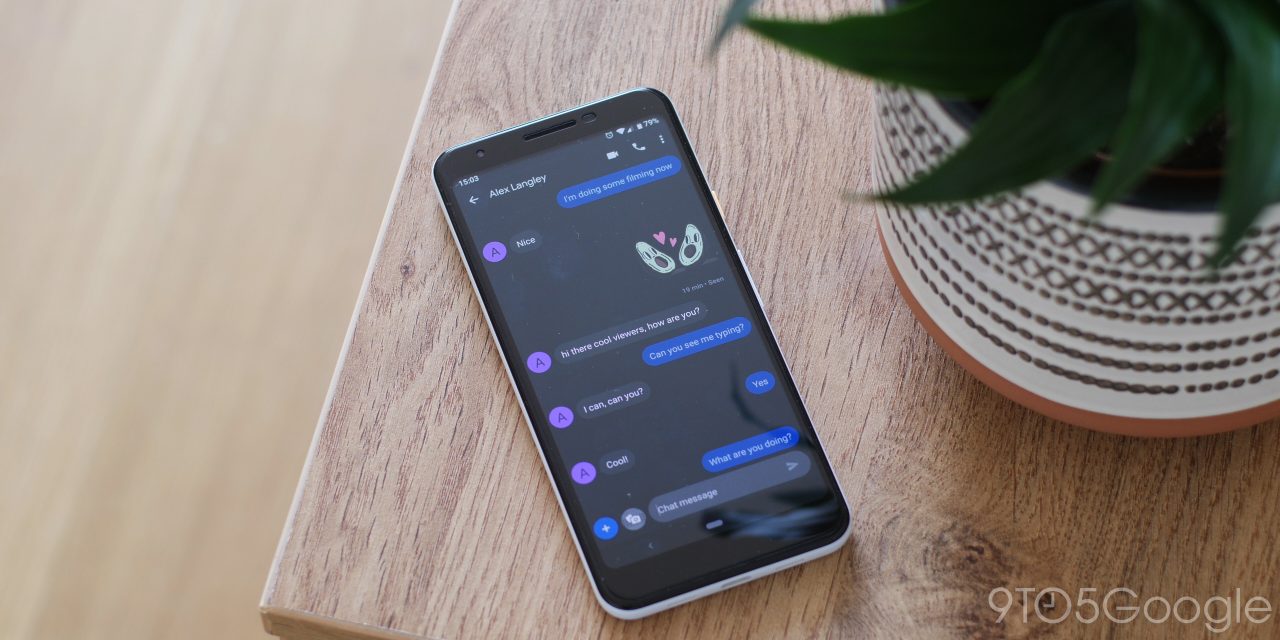 In this week’s top stories: Google launches a beta version of their Messages app on Android, the Pixel 3 gets a steep discount from the Google Store, Nest discontinues its Wear OS and Apple Watch support, and more.

Many of Google’s apps, including the foundational Google Search app, have public beta testing available to allow willing participants to use less-than-stable software in exchange for getting early access to new features. This week, Google opened a beta testing program for Messages, their SMS app which is also used in the UK and France to bypass carriers and provide RCS features.

After a few days of waiting, Google provided the first beta release of Messages on Android. However, this first Google Messages beta release put the emphasis on “less-than-stable,” as it simply crashed on all Androids that received the update. Google has since fixed this issue and rolled out a newer beta release.

Just like on other apps, Google Messages is running its beta program through the Google Play Store. That means there are two ways to access it. First, there’s a direct link that you can access here. Alternatively, the Play Store listing for Google Messages on your Android device should show an option to opt in to the beta program at the bottom of the listing.

The Google Store offered up one of its steepest discounts on the Pixel 3 and Pixel 3 XL to date, this week. Some customers received a modest $200 discount, while others were promised a steeper, $300 discount code. There was a mixup along the way, though, as the $300 discount emails contained an invalid promotional code.

The next day, Google sent out a second, corrected email to those who qualified for the larger discount. This promotion reportedly lasts until the end of the month, so be sure you check your inbox for a possible promotional code.

This is one of Google’s more generous offers for a phone that has not sold as well as its predecessor, and is actively being overshadowed. It faces competition from the Pixel 3a at the mid-range, while the Pixel 4 is coming later this year.

The most recent update to the Nest app for Android and iOS pushed out new versions of the Wear OS and watchOS companion apps. In both cases, the update discontinued the functionality of Nest’s wearables app. Hopefully, this removal will help Google Nest focus on improving their remaining supported apps and control methods.

According to Google, “only a small number of people” used the watch apps, with Nest focussing on the full mobile clients and Assistant moving forward. The latter option is only available for Wear OS users, while Apple Watch owners are out of luck for wrist-based controls.

The official announcement of the Galaxy Note 10 is just a few weeks away, which means it’s primetime for leaks of the device. New renders of the Samsung Galaxy Note 10 surfaced this week confirming details we’ve seen and suspected, like the holepunch notch and the lack of a headphone jack.

Beyond that, these renders also show off a new gradient color variant. Apparently, this will be marketed as a “silver” variant, but the colors being used clearly pull in the trendy gradient color we’ve seen from the likes of Huawei lately. Presumably, this is based on the “Prism Silver” color variant for the Galaxy S10 that debuted in some regions this year.

Our Damien Wilde spent time this week reviewing Xiaomi’s direct competitor to the Google Pixel 3a, the Mi 9 SE. While Xiaomi devices have limited support and availability in the US, for the rest of the world, it seems that the Mi 9 SE is a worthy competitor, especially for its price point.

For me, the mid-range is where almost all of the real innovation and value is to be had. All of the top-tier tech trickles down nicely into devices such as the Xiaomi Mi 9 SE. That means you get the best of both worlds: great design, solid performance, and a super price.

In Wear OS news, much-needed hardware innovation may finally be arriving to the platform. Qualcomm is reportedly preparing a new Snapdragon Wear chip, currently rumored to be the “Snapdragon Wear 429,” which will bring Wear OS forward in efficiency, battery life, and performance.

This new chip sees some significant upgrades from the current platform that Qualcomm’s wearable chips are based on. This includes four Cortex-A53 cores with 64-bit support and potentially a higher clock speed. The Snapdragon 429 in smartphones can go up to 2.0 GHz. The platforms currently in testing paired this chipset with 1 GB of RAM and 8 GB of storage, doubling the specs of most current Wear OS watches.