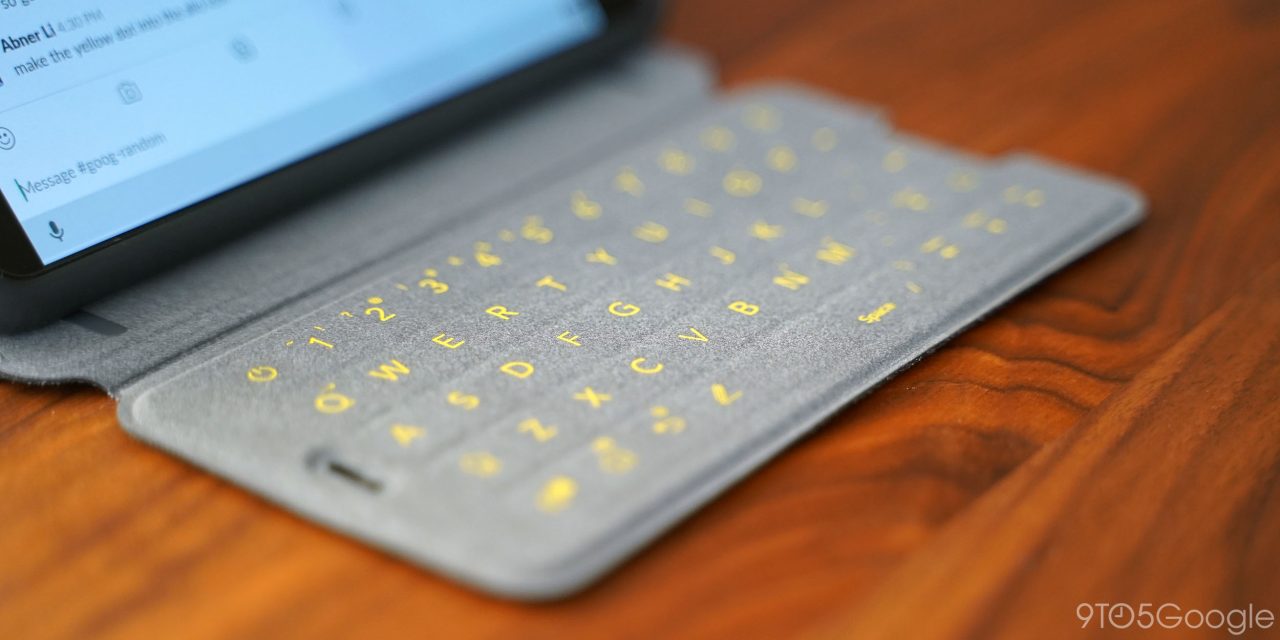 In this week’s top stories: Tech21 offers up the most unique Pixel 3 XL case to date with a built-in keyboard, we see how the Samsung Galaxy Note 9 holds up 6 months after release, Childish Gambino dances his way into Google Pixel phones, and more.

Topping the charts this week, many were intrigued with Tech21’s EvoType wireless keyboard case for the Pixel 3 XL which works via the same NFC wireless technology that powers Google Pay. Our hands-on showed that while it may not make sense for most, the keyboard case could really be great for a niche market of Pixel 3 XL owners.

I’ll be frank here. This is a ridiculous piece of technology. Keyboard cases make all the sense in the world for a tablet, but most people just won’t get the utility out of a smartphone. This feels like a gimmick for most people, but at the same time, there is real utility here.

If you type out a lot of lengthy emails or notes on your smartphone while on the go, say a train ride or at a local coffee shop, and don’t have the option to carry a tablet or laptop with you, this case gives you more space on your phone’s display to get stuff done.

Our Damien Wilde took the chance this week to re-review the Samsung Galaxy Note 9 now that Samsung’s version of Android Pie has begun to roll out more widely. Even six months after its original launch, the Galaxy Note 9 is still holding up as one of the best phones on the market.

With the Samsung Galaxy S10 and S10+ on the horizon, the Note 9 will no longer be the top-tier offering from the South Korean stable. It really is a much easier device to recommend now and we’re already seeing prices drop —hopefully even further over the next few months.

At the Made by Google event, Google demonstrated Playground as a rebrand of AR Stickers, featuring the announcement of Childish Gambino as an exclusive Playmoji for Pixel phones. The Childish Gambino Playmoji has finally arrived for all Pixel phones this week, offering a variety of fun ARCore-powered photo and video opportunities.

For one, you can take a selfie with him and his facial expressions will change to suit yours. Smile or frown and he’ll react accordingly thanks to the power of machine learning. Further, you can drop Childish Gambino into the scene from your Google Pixel device and have him dance to “Redbone,” “Summertime Magic,” and “This is America.”

Right on schedule, the February Android security patch arrived for Pixel (and Essential) devices (including Pixel C), but, once again, not Nexus phones. If you haven’t already been notified of the update, it’s available via the “Check for update” page or can be manually downloaded and flashed to your device.

There are 15 issues resolved in the February security patch dated 2019-02-01 and 27 for 2019-02-05. Vulnerabilities range from high to critical, with the most severe relating to the media framework and a remote attacker possibly executing arbitrary code through a crafted file.

With the ongoing rumors of Google reportedly developing a Pixel Watch, including the acquisition of wearable tech from Fossil and a job opening for a Vice President of Hardware Engineering for Wearables, our Ben Schoon took the chance to build a wishlist of features we’d want to see from a Made by Google Wear OS device.

One of the areas the Apple Watch really gets it right that other brands seem to neglect is the accessory ecosystem. Of course, a big part of that is just the sheer number of brands that want their name on Apple accessories, but it’s also Apple’s partners too. For the Apple Watch, there’s no shortage of official partners for bands and charging accessories. Big names such as Hermes offer Apple Watch bands and, in the Wear OS world, you just don’t find that.

Right now, it’s unclear how this feature will work going forward. At the moment we can’t find any settings to disable the automatic switching or to force it to happen. Notably, my Windows 10 desktop build with the latest Canary release does not respect the system-wide setting and it’s unclear why. However, my Huawei Matebook X Pro works without a hitch, so your results may vary. We were also able to get the feature working on a MacBook Pro without any headaches.